The real truth behind the story of the Jackson Family Wines

The Jackson Family Wines is a huge umbrella. When we think of the name Jackson, it’s mostly associated with their most popular and launch brand, which is Kendall-Jackson. This name is only a microcosm within their real macrocosmic selves.

The real truth behind their struggle, in my personal experiences, was something that I just encountered again, as Steve Heimoff and I spoke about his new job. Just as the  Jackson Family Wines gave me a hand up, when I was segueing into becoming a private contractor, a reverse order has happened for Steve… However the stories may be separately, they’re still equal in a helpful, professional way.

Steve Heimoff left his position as an editor at a prestigious wine magazine and entered the world of being an employee of the Jackson Family Wines.

When this happened, I knew the world was going to become his oyster.

Why leave one job for another? Steve Heimoff’s writing position at the magazine was continuing to have the concentric circles of his craft become increasingly smaller. Not because of anything the magazine was doing, or even Steve. It had to do with more and more wineries being born each year, and looking for those important third party endorsements. I remember when Steve mentioned that he really needed help reviewing all of the wines being submitted to the magazine, because of this winery growth pattern. He asked for it and Virginie Boone was hired to help him with California. A true blessing… His region constricted to only being California Coastal. While it was still satisfying, destiny called offering a golden ring. We all know those moment… If we grab them, we win the prize, and Steve went for it.

Meanwhile… Steve was given an escape hatch from his narrowing territories being covered, when Jackson Family Wines said, in my own imagined words, “Welcome to our company. You’re now about to explore the world… One that we’ve internally created by observing wine companies which offer a global perspective, and an opportunity for expansion within the Jackson Family Wines.” 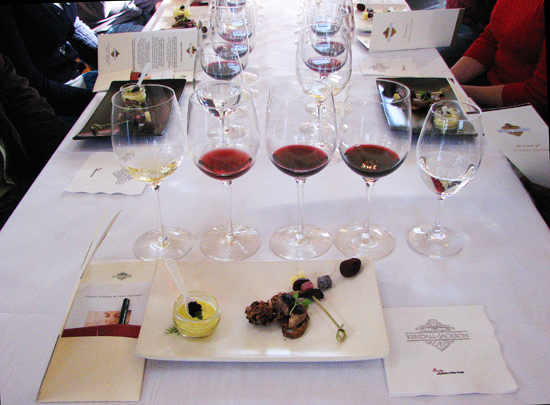 When my last employment chapter ended, with me segueing into becoming a private contractor and launching Diaz Communications, I went to Kendall-Jackson to see if I could work in their tasting room (it’s just 10 minutes away from my home by car). They didn’t have any openings at the time; but still I knew my credentials (which included the Robert Mondavi Winery as a wine educator) were solid, and I could become a great resource at a time when they were looking for one more person to replace someone on weekends. I was instantly hired. Not only was I treated really well, after two and a half years of being the odd duck of a Sierra company, but I was also respected for who I was and what I had already accomplished (director of PR, for another company had something to do with it, too).

More important, even though my job only lasted for five months (because Diaz Communications took off and I had to follow the path I had established for myself), I got to explore the world of wine through the Kendall-Jackson’s company’s eyes.

I do understand that people come and go with companies… Some leave happily. Some have issues… from both sides of the fence.  I’m on the side of the Jackson Family Wines, and here’s my primary reason.

Being in the wine business for over two decades, I can cite many examples of companies buying additional wine companies, firing the entire staff (save one or two people), and then homogenizing each company to some profound egocentric ethos of, “I am the champion of the world.”

This is not the Kendall-Jackson way. Jess Jackson did, and his widow Barbara Banke does, have a heart and soul with what they did in life together; meanwhile, Barbara still carries that same ethos forward for future generations for our tasting enjoyment. 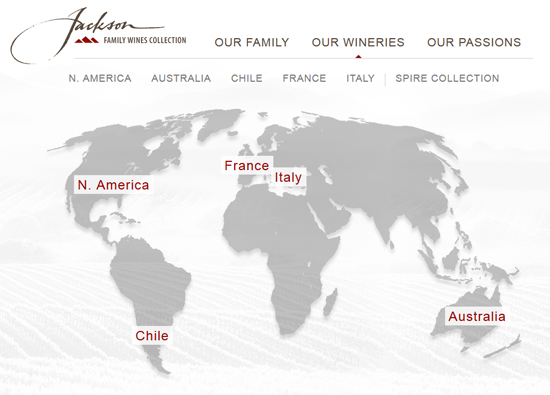 Here’s a snapshot of the Jackson Family Wines oyster. For those inside of that bubble of 62 wine companies worldwide, I applaud your group effort for keeping it so profitable and employing so many people, under the name of Jackson Family Wines. Take the time to click on each link on its Website, and you’ll discover a company so massive, that Steve Heimoff is going to be busily exploring for the rest of his life.

And don’t forget, as big as this umbrella is, each spoke of the canopy has small wine segments, operating as small entities.

I know there are those who still question if Steve Heimoff has sold out? It’s only because they don’t understand what he was offered.

Steve Heimoff, who is a brilliant modern writer of wine can either do it for a magazine or a wine company. He’s chosen to write for a wine company for now… Just as I have.  Anyone who writers has a boss…  regardless of whether or not is as an employee or a private contractor. We all work for someone, and honestly… he’s got a great, new gig. I so admire this company… because I’ve been there.

Who doesn’t want the comfort of knowing that the world is your expanding oyster, versus having an ever narrowing world that’s ever expanding without you?

With Steve’s writing talent and the Jackson’s Family of Wines stories, they hired one of the best writers of our time to articulate what I’ve long known… The real truth behind the story of the Jackson Family Wines, and that is that it is heart and soul.

That’s something money can’t buy, but we do get to taste it when we make those wine purchases.