If someone has just had a very bad experience at – say – your hotel, how would you handle it? 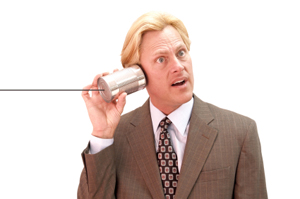 This just happened to my family members. And when I tried to call the hotel to get to the bottom of it, I was called “inappropriate,” followed by other accusatory name calling… “Nasty” came up at least four times, but by the first one, my head was already spinning with, “Oh… My… gawd… What kind of person is on the other end of the phone?”

I’ll cut him some slack here, in that I was phone-shuffled to a sales person, because I asked for someone in PR or management. He had either missed the classes on interpersonal relationships and relational sales (which offers interpersonal skills), or he’s really of the ilk for accusing others of what he doesn’t like in his own personality… He just couldn’t let his own ego, in order to keep a customer…

He completely forgot his job, thinking this wasn’t his can of worms. Sales, after all, is the transference of enthusiasm, but his reactions at every turn was the opposite of enthusiasm. It was arrogantly rude, and he gave me fodder for a great Reputation Management PR do’s and don’t story. I had hoped for a better story. I called to get it “settled.” I wanted to believe in this place, but it spiraled downward even deeper.

And, he got me thinking about what kind of place is this… My kids had problems, now I’m having problems. This is the Hampton Inn in Windsor, where I’ve been sending people since it was built… a few years ago. That’s not going to happen ever again, of course… The Hampton Inn is a member of the Hilton Family, and I’ve long used this Hotel around the US. Never, I mean never, have I met “mean,” until this past weekend.

It’s only fair to say at the beginning of this story that usually, when I have a problem, I’ll begin the conversation with, “I’m really upset right now, but my problem isn’t with you, it’s with this situation.” However, I’m really stretched right now with several real crises I’ve had to handle lately, so I didn’t begin the conversation below. This caused the person on the other end of the line to defend himself… He owned it, and he shouldn’t have, instead of removing himself, so he could provide good customer service.

A progressive and caring company, which serves the public, should know how to handle both happy and upset customers. It’s just part of  great customer service. If employees are indifferent, this isn’t going to reflect well on your facility.

Interestingly, I have witnesses for my end of the conversation, with one person actually being a practicing behavioral psychologist. She said the following to me when I said,

“I just hung up on the guy. He said to me, ‘I have some things I want to say, before I end this conversation.'”

When he said “nasty” for at least three times in his tirade, I finally said, “Nasty?” Because I was listening to him to see where he was going to go… Which was all accusatory. (I had told him that he was giving me a great story to write.) The last nasty just put me over the edge.  I’m not into S&M, so I just put the receiver down.

My friend to me:

“Jo, you did everything you should have. You never raised your voice, you only stated facts, you didn’t curse, and you got off the phone on his last “nasty” comment to you.

Just another day in the life of a wine industry publicist.