Grasshopper, I’m concerned about the us versus them mentality 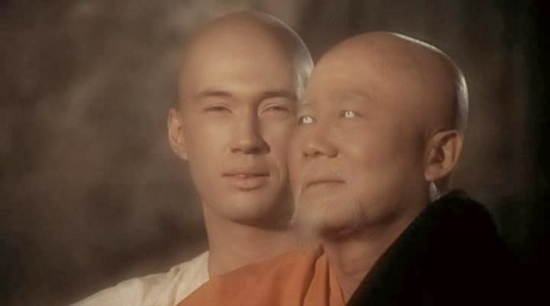 I wrote this story on July 20, and scheduled it for today. I have to write ahead, because my day job is writing for other people, and I don’t have the luxury of time each morning to write 1,500 words, as this blog post is. This takes about three to do… I’d have to be up at 3:00 a.m. to launch any thoughts.

And so, this week when I saw Tom Wark’s story about “Misunderstanding: There is no Such Thing As a “Print” Writer in the Wine Media,” I thought, “We all seem to be on the same track and under attack…”

Grasshopper, I’m concerned about the us versus them mentality

I believe that there’s a fine line… a balance, if you will… between what’s been established by today’s big wine writing dogs and what’s emerging. It’s always the been this way… through all of the ages for all professions. Granted, the Internet and social media have sped up the process, but it still takes the same amount of time to bake a loaf of bread, since the oven was created. What we’ve just had happen in 2004 is the oven (social media) being invented, and now we have to wait for everything to bake, and it just needs the right amount of time, or whatever was put into is still raw.

There is a generation that grew up with Kung Fu, the TV series. Always the warrior would go about his business, but when he needed guidance, he would go to his Master. Eastern culture revers its elders for guidance, elders eat first, and there’s great respect for what they’ve learned over the ages.

On the other side of the yin/yang cycle, our Western culture revers its children, the kids eat first, and there’s a lacking respect of our elders… Just go into any nursing care facility, and you won’t want to argue with me about this last one. If we live long enough in this country, we all find out this is true… so, as the song goes… You can always die young and stay pretty, but if you don’t… you’ll be learning as you go along.

Life as it works according to Kung Fu’s Master

Think about lions, Grasshopper, where there is only one male beast who rules his pride. That goes on until he’s had enough, and a younger male comes in to claim the future of the pride. The aging lion is good with it. There’s no sense beating his chest anymore, no sense ripping anyone to shreds anymore. His time of leading is over, because it’s so painful in the process, anyway. When that lion’s time is not anywhere near done, however, he will remain on a pedestal, and his pride knows who he is.

The Chinese have put him onto a pedestal that’s not measured by our American ranking systems of who’s on first and what’s on second.

The world has always been ruled by gold, since it was first discovered by the Romans as a bargaining chip. Whatever country has got it, that’s the ruler of the world. Today, the Chinese are buying up our American gold reserves… And they’ve invested in Robert Parker’s company, too. As they say, Parker’s laughing all of the way to the bank right now, because the world is his oyster… While traditional writers still hold credible positions (the elders, if you will), our wine blogging is still in its infancy; and, any influence held is mainly only here in the US. I say this with all due respect. I’ve been blogging since 2005, and I know I’m not a major influencer. I will always remain humble in this regard, for those who have gone before me have paved my way.

They jury is still out about Parker being “over,” coming from the wine blogging community. You will NEVER hear that from the wine industry for at least the next 15 years… if ever. Wholesalers and their sales people know first hand the power of the master. We’ve been here with Robert Parker, and we respect who he is and what he’s done, for the most part. (Nobody is perfect, but when he gives a perfect score, he makes that brand). Robert Parker helped to build many brands, and he’s still helping. He’s not off his throne, yet, and won’t be until he decides that he doesn’t need a pride anymore. And, with his Chinese liaison, he’s now got a new throne… It’s bigger and it’s golden. And bless his heart for growling at those who have decided to test his strengths, wanting to topple him… It just shows how powerful he really is. Actually, those guys would be better off focusing on the Chinese market… Those people have got the rest of their lives to live, after Mr. Parker steps down. Get in with the Chinese now… or you’ll be left out in the cold on the world’s stage. (I predicted a world market in the early 1970s, when manufacturers moved out of my home town of Lewiston, Maine to outsource the world… It’s now here. It’s 45 years later, and it’s now here in full swing.)

Parker’s a powerful influencer. I have a client – who still tells me in this day and age of wine bloggers – that it’s Parker, Spectator, Enthusiast, and Tanzer scores that are going to make the difference with his with wholesalers, as regards who will bring his wines into their states, and place them onto their shelves.

Check this out… Total Wines and More… If you’re not one of these writers, your stories don’t count for them. And, they’re driving retail.

It’s a very complicated matter, and still has a long evolution ahead of it.

I encourage all bloggers to keep going… Their day will come within the wine business. But the old guard is still on very solid ground within the industry, for which we all work.

A large wall surrounds the town, and only so many people can enter through those gates at any given period… And the town can only support so many with living accommodations and services. That’s been going on since the town was built. The addition of cars has allowed more people to enter than ever before; but still, the town itself can only support so many people with its services at any given time… When the restaurants and hotels are full, they’ve reached their limit… Others must wait until something lightens up. This is how the wholesalers heads are constructed. They can only handle so much at any given time, the rest of the wineries must sell directly, and pray they get noticed by the first line of writers, if they’re still looking for a wholesaler to help move their wines… It’s those writers and publications mentioned about with established creds, that still make those decisions.

Smaller wine companies have a terrific struggle on their hands right now… Too much wine left over from the days when they DID have national distribution, a staff that’s become bare bones, and looking for someone to jump start their direct sales… While bloggers help with this one, it’s not the world it used to be… Wineries are having to shrink, as the big guys take over, and the big guys give bloggers some credibility, but the balance still goes to the big guys (as proven above).

It’s always sad when an old, little family winery shuts its doors, as Milat Vineyards & Winery is set to do by the end of this month.

I never formally reviewed any of their wines, because they never sent me tasting samples. They didn’t have a high profile in Napa Valley, and perhaps didn’t want one; as the Napa Valley Register, which reported the story, observes, “Unlike wealthy people who start wineries to enjoy the lifestyle, the Milats started the winery to make a living.” Playing the publicity game, with all the related frou-frou and social obligations, doesn’t seem to have been the Milats’ style.

So many stories are like this for small companies…

What I’m saying here is that evolution takes time, a shift has happened, and we’re in the middle of that shift’s major upheaval (like an earthquake). But, rebuilding takes time, grasshoppers. There’s not nearly a completed city yet… The strong will survive, but a modicum of humility and respect will go a long way in getting to the top. Those who practice patience and respect will be the ones who rise to the next level of respected power.

Help to build these small brands NOW, the small ones which can’t afford a publicity person. They will remember you, too, as all ride your wave’s crest.