Probably not too many people in this lifetime want to admit that their palates are on the wane. No awards are given for fessing up, and it will definitely work in one’s disfavor, but I’ve always been one for telling it like it is, not like it isn’t… I just didn’t know there was a name for this life changing phenomenon.

I’ve got to thank Dan Berger for bringing it up years ago in his Vintage Experiences Commentary. I’ve been thinking about this. I even talked to a colleague about it, and he told me to just let it go because I have wisdom to offer… Yeah, right… but it’s just not the same. 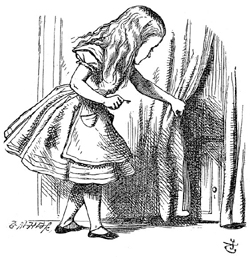 I’m always ready to reinvent myself. As one part of me is left behind, I discover another. It’s in the not letting go of the old room that doesn’t allow for one to discover what’s in the new one.

hy·pos·mi·a (n.) A diminished or deficient sense of smell.

The good news for me is that I was born with a hypersensitive sense of smell, so I probably still have a better than “average” ability now. None-the-less, having my sense of smell diminish a bit causes me to wonder what happens to people who are born with an average sense of smell. 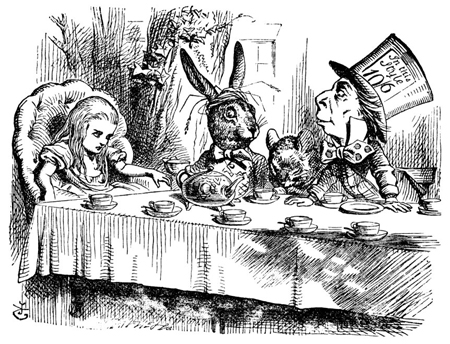 Like Alice, I’m off into a new room, exploring new things, and not letting one thing that slips ever-so-slowly away become a negative… 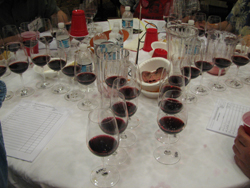 It’s just an opportunity for new things to come my way. For instance, I can go photograph a wine competition and bring back wonderful images, versus having to be the one where after a flight of wine, I’ve just lost it but must trudge on. (This image was taken at the Riverside Wine Competition in May 2007, thanks to the generosity of Dan Berger and Juliann Savage.)

I have something for my eyes (glasses), and even if someone invests something for my nose, I’m happy to smell a bit less… versus extending the length of my nose and its capabilities. Enough already!

For Dan’s issue, please contact him thorough his Web site for his full story. It’s very enlightening, and he’s brave enough to put it out there. I’m just following his lead. I can’t call it an “opinion” because it’s got a medical name: Hyposmia.

This perhaps might explain to me, however, how Robert Parker can give (for instance) a 2004 Black Coyote Stags Leap Cabernet Sauvignon a score of 91, and write the following:

Then, another wine critic writes the following, with a score of 84:

And, thanks to Lewis Carroll for these wonderful images. Where would we all be in life without a little Alice in Wonderland!