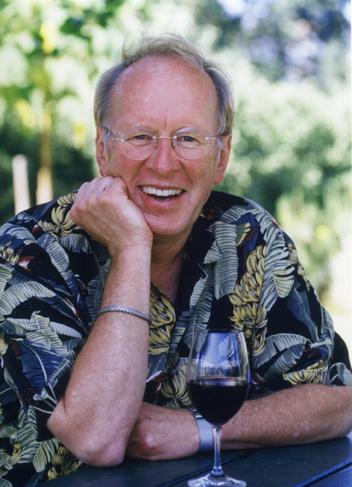 Jose and I had moved from Maine to California, so he could and would become KSRO’s program director.  When we moved to Sonoma County, Jose found several icons at the station, and one was Chef John Ash. One of the first people at the station I got to meet was Chef John. He was a co-host of “The Good Food Hour” with Jim Grady.” John has been there since 1987, and I quickly figured out why. He’s down to earth affable.

I wrote the following about Chef John for the Rubin Family of Wines, because we’re now all working together as consultants to Ron Rubin.

Many refer to Chef John Ash as the “Father of Wine Country Cuisine.” In 1980 he opened his namesake restaurant, John Ash & Company, in Santa Rosa, CA. It was the first restaurant in Northern California wine country to focus on local, seasonal ingredients used to create dishes that complemented the wines being made in the region. Currently John travels the world teaching cooking classes to both home cooks as well as professionals. He is an adjunct instructor at the Culinary Institute of America at Greystone in the Napa Valley.

In 2008, John was voted “Cooking School Teacher of the Year” by the International Association of Culinary Professionals. His passion for teaching is matched only by his passionate voice on sustainable food issues, serving on the Board of the Chef’s Collaborative, a national organization of chef’s committed to sustainable and ethical food issues. He has also served on the Board of Advisors of Seafood Watch, an educational initiative for sustainable seafood by the Monterey Bay Aquarium.

John is a multi award winning author, which includes receiving a James Beard Award. He contributes to culinary magazines, has co-hosted a radio show for more than 26 years, and was the host of two TV shows on the Food Network.

It appears to me that we now need to edit the site to read, “which includes receiving James Beard Awards,” because on Monday, May 5, 2014, the James Beard Foundation announced its 2014 awards, in a ceremony at Lincoln Center in New York. North Bay authors, chefs, and restaurants were among the winners, including John Ash with James O. Fraioli, for their 2013 cookbook, Culinary Birds: The Ultimate Poultry Cookbook (Running Press, 2013). This was in the category of a single subject book. 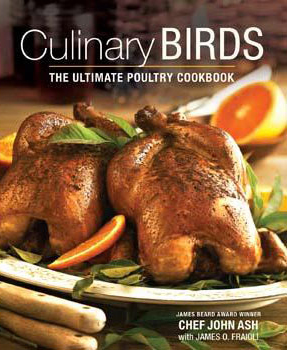 The James Beard Foundation Awards are the highest honor given to food and beverage professionals, who are working in North America.

He also  contributes to culinary magazines, such as Fine Cooking and Eating Well.