Seamless… art, food, and wine… in one Santurce location 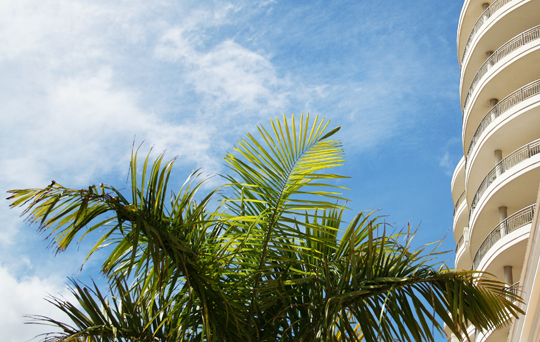 The first time I went to Puerto Rico, my three children were pretty young. My mother-in-law Mami Ana wanted José, the girls, and me to come to her Puerto Rico to stay with her. I fought it, it was the dead of winter in Maine. Packing three kids was hard enough in the summer, and what was I going to do with my cat… Each excuse got dumber than the one before it. She offered flights for each of us and housing when we got there… Not to mention the cultural experiences that were being presented.

As a mother-in-law has a right to ask, she queried, “What the matter with you!”

Ah, what was the matter with me? So, I begrudgingly packed our bags, and my mother took my cat for the week. Off we went… the flight was easy, I just nursed Lyla for about eight hours.

As it now turns out, her ears easily get plugged on flights, so I was helping with the pain in her ears. She wasn’t one of those kids who cried for the entire flight… And those who raised their eyebrows now had smiles as we deplaned.

Getting off the ramp and into the airport was the signal of things to come. We left below zero weather in Maine to walk into 80 degrees at 8:00 p.m., no walls in the airport at that time, and palm trees were swaying with tropical evening breezes. I thought to myself, “I could live here.” 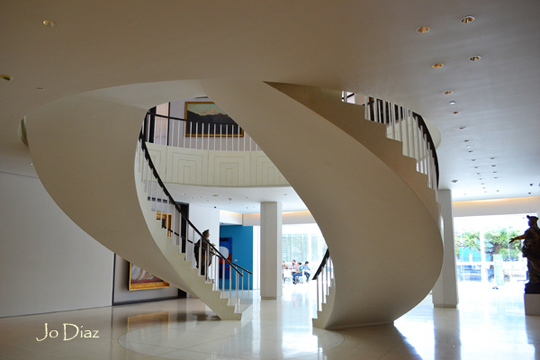 My mother-in-law allowed  us to do anything we wanted to do, and beach was heavily on the agenda. We went to El Morro and Old San Juan. We drove the the south end of the island, to the town of Ponce. Here we visited the Museo de Arte de Ponce [Above]. Mami Ana topped that off with a couple of days in the Condado Beach area, staying at the Dupont Plaza Hotel. This was a few years before the New Year’s Eve fire in 1986, that destroyed it.

She sealed my fate. I would forever and ever love and yearn for Puerto Rico. 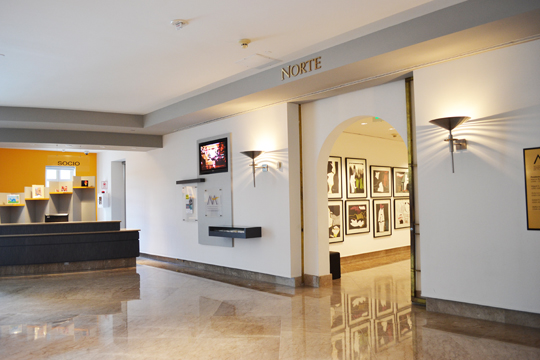 José and I just returned for a week…. to lay his dad to rest, and to live, love, and learn even more about his tropical island. José was born in Santurce, San Juan, PR. For our last two visits, we have rented an apartment in the Condado area. As we were driving around this time, I spotted an art museum within walking distance. We ditched the car for the last day, because we were just minutes from the beach. Since we had only walked the beach, but not soaked in the sunshine, this seemed like a great last day thing to do. With dinner at a restaurant being our final destination. But, something changed, having seen the art museum. I just couldn’t get it out of my head, so I told José that I’d like to go to find the museum first. He took it to The Google, and we discovered that it was easily within walking distance… the Museo de Arte de Puerto Rico [Above]. As it turned out, we were just missing an Gustav Klimt exhibit… Sigh… 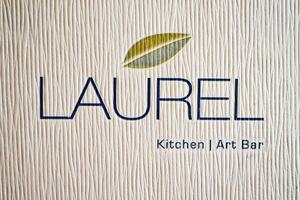 What we did find, however, is a credit to the Puerto Rican culture… Seamless… art, food, and wine… in one Santurce location. Rules: Backpacks checked in in the reception area. No cameras inside of any of the exhibit halls; but in main hallways, it was okay. The Botanical Gardens are open to photography. So is the restaurant. 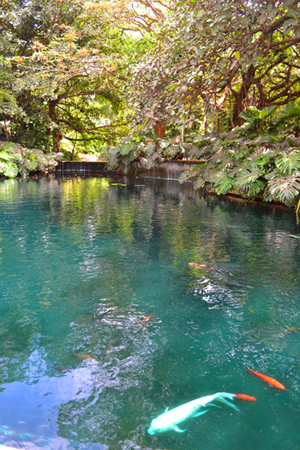 José and I were off and running. We had explored the first floor, and I wanted to go into the gardens. Being given permission to photograph anything that I wanted to, it was a heyday for me. We were outside for the rest of the morning, and then returned to slowly finish viewing the museum’s art… which we did. Breathtaking and to be in José’s town of birth, priceless. By the end of seeing all that we had wanted to see, we were both famished. We traded in our desire to go out to dinner, by choosing to eat in the museum’s restaurant… and this is what this blog post is all about. (Sorry for the long intro, but none of what I’m going to write would be as rich in content, if you hadn’t read this back story.)

Here we found all that Chef Mario Pagán promises on his website: “Nuevo Caribe Cuisine,” concept inspired by the plethora of fresh ingredients available year round in our beautiful island. Queen Snappers from our southern coasts, butter avocados from the north, handcrafted cheeses and other local delights make for an enticing and intriguing menu.

Yeah… no kidding, and little did we know… Chef Pagan from the Food Network:

Locally recognized as one of Puerto Rico’s best chefs, Mario Pagán has two of the finest restaurants in San Juan: Chayote and Lemongrass. His third restaurant, Laurel, will open in October in the Museum of Art in San Juan. Mario’s passion for cooking began while watching his mother prepare meals rooted in Caribbean cuisine in his San Juan childhood home. 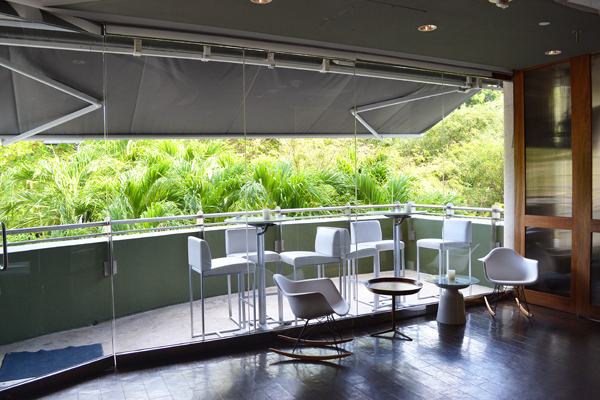 A lush tropical view greeted us, from where we were sitting… to my left and to José’s right… on their terrace overlooking the Botanical Gardens. Inside, every inch and detail of the restaurant was artfully designed. (We were later told by the apartment’s manager that this is one of the finest restaurants on the island. It’s got my vote.) I was fascinated by the back interior wall, which was done in layers. Decor was tastefully Zen. The stage was set for our palates. 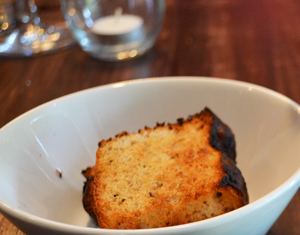 We toasted Puerto Rico with an imported Prosecco, while we read the menu. As I waited, a little basket of bread was brought to our table. José’s been avoiding all breads, so I thought I’d be just fine with what was presented. I used a tiny bit of butter on the “just baked” bread, and thought I had died and gone to heaven. I spent many years making my family’s own bread, trying several different kinds of bread, always returning to a favorite… I know bread and this bread was the finest I have ever tasted in all of my years of living. It was so light and delectable that it clearly takes bread to an art form. OMG… I told our wait server how much I loved it, and she went back into the kitchen to have more baked… We were in for the long haul. When the second serving arrived, I had to have José take just one taste, which wasn’t really enough… Screw the Paleo diet, this bread was heaven in layers of deliciousness. José threw caution to the wind, as we finished our Prosecco and bread. 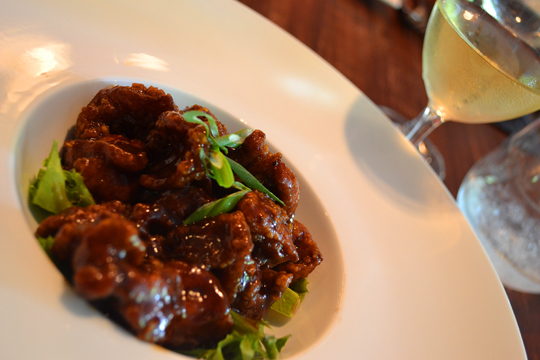 A gastronomic menu to delight our sense of taste… Appetizers: 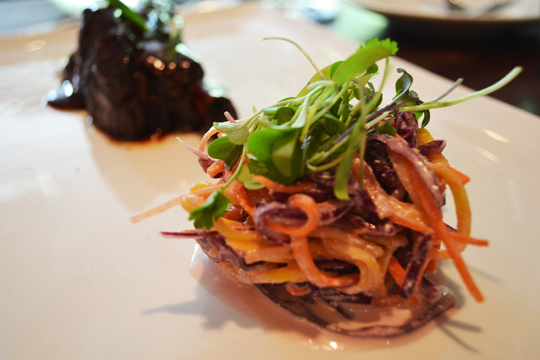 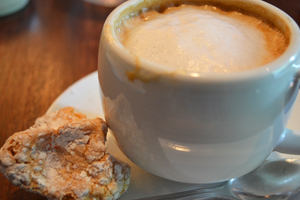 Between the wines, bread, and appetizers, we were over-the-top full, and realized that we wouldn’t be going anywhere with our last night. We finished with Cappuccinos and a delicious little complementary beignet…

The exercise of walking back to the apartment and savoring the finest meal on the island was just settling in, while I was, again, still thinking that I could move to Puerto Rico and be just fine… Seamless… art, food, and wine…

I still can’t believe that I didn’t write down the producers of the wines we were having. It was our last night. I was on overload with the ambiance and all of the sights I had just seen, both within and outside in the gardens, that writing just wasn’t on my agenda. Photographing was, but writing would take way too much away from the moment… I did know that I wanted to bring all of the thoughts back with me, because there was one overriding thought… For me, there is no better way to enjoy the arts, than with a museum, a glass of great wine, and some artful gastronomic dishes. It just brings everything together in one place, and Chef Owner Mario Pagán has stuck a fine chord realizing his dream, while maintaining mine of being back again in Puerto Rico.