Jack Roberts + Ray and Eleanor Heald (Jack passes away, the Healds are retiring) 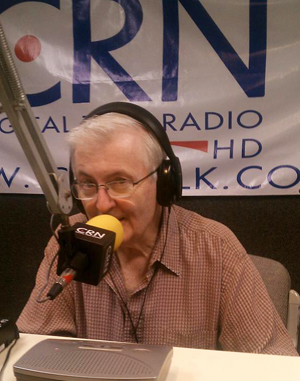 [Image of Jack Roberts borrowed from CRN’s Facebook Page.]
As a service to the wine writing community: Jack Roberts passes away and wine writers Ray and Eleanor Heald are retiring…

Some days you just don’t want those Emails to come in. On March 3, I got this one from radiojack:

Thanks to everyone for your well wishes and support as I continuing to fight the big fight.

Six days later, on March 9, I spotted this on Facebook from Jennifer Horn, who shared CRN Digital Talk‘s photo.

Roberts was 62. During his extensive career in broadcasting, Roberts worked as an on-air personality, producer, program director, and general manager. He most recently served as Executive Producer for CRN’s programming, including the acclaimed morning program “What’s Cookin Today.'”

“Jack truly understood and loved radio,” said CRN Digital Talk Radio’s CEO & President, Michael J. Horn. “He became an instant, caring friend to everyone he encountered. Not only has radio lost such a special person, but so has the world.”

Roberts was born on May 8, 1951 in Massachusetts. A graduate of Boston College, he worked with some of the nation’s top celebrity broadcasters and air talent. For more than 25 years, he booked for markets including Los Angeles, New York, Boston, Providence, and Hartford.

“There wasn’t a guest or celebrity Jackie didn’t think he could get,” Horn said, “And he almost always booked them.”

I cannot imagine writing to everyone you’ve ever known only six days before you travel back to the big beyond… but, Jack had class. 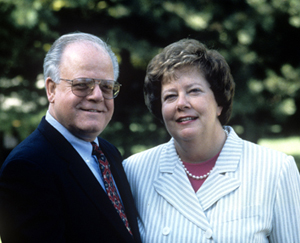 Now, my favorite people in Michigan are slowing it down.

We are sad to report that… we have decided to retire from writing about wine and food. It has been a great 35+ year ride. We’ll miss it and you.

Eleanor, you may know, is the gutsy woman who took on the state of Michigan to get her wine samples. (Sorry, I just laughed out loud and you missed a great belly laugh.) Imagine… and I just can’t imagine most people in today’s world getting that ticked off at their state and wholesalers and really doing something about it…

This dynamic couple falls into my own personal category of modern day heroes. There are those who might want to dispute that. (They fall into the wine industry’s three-tier system… somewhere between a winery and wine shop owners and/or restaurateurs.)

When I first met this delightful couple, Eleanor explained her frustration to me of coming to California to visit wineries, tasting exceptional (sometimes very limited release) wines that wouldn’t make it back to her home state of Michigan for sale. This meant that what they were experiencing was very privileged, making it impossible for them to write about these wonderful wines for Michigan readers without it being an injustice for those who would want to taste, but couldn’t buy, the wines.

“How was any local writer in a non-reciprocal state able to freely write under these conditions?” thought I.

Hum… injustice, lack of freedom… This sounded very Un-American to me. I quickly saw her point.

I’m sure that many wine writers inside other non-reciprocal states felt this same way. It was they, however, the Healds, that did something about this injustice.

When they filed a law suit against the state of Michigan, Eleanor told me that a domino effect had to start somewhere. That’s all it was… Simply getting on with life and the American way.

How many of us know someone so determined, and so willing to apply their own time and energy – without regard for non-compensation – to begin the motion of turning a battle ship around of this major proportion? Not since the repeal of prohibition in 1933 had a single ripple occurred in the way wine was being distributed.

Honestly, I wish I had a couple of Superman capes to give them for this photo. (I’d doll up Eleanor’s cape for her, put some lace on it or something like that – turn it into superwoman so they wouldn’t confuse whose cape belongs to whom for any future photo ops.)

The link to read all about this story on GRANHOLM, GOVERNOR OF MICHIGAN, et al. v. HEALD et al: Argued December 7, 2004

And so today, I say goodbye to Jack, as his suffering is over, and i say good bye to the Healds, who can now spend more quality time together, as they retire.