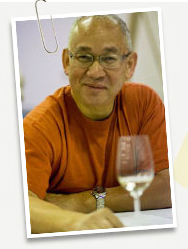 Winery images have been borrowed from the respective wineries’ Web sites; for emphasis and their promotional use, only. Wilfred’s image comes from his BevMo! wine blog page.

If you’d like to review more wine picks from Wilfred Wong, just search here, or type in “Wong” in the search box and hit enter. All of his recommendations will be listed.

From my notebook: Notes from an extreme taster 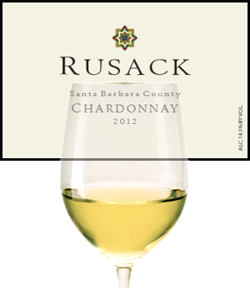 In my notebooks, I have often made comments on how much I enjoyed the Chardonnays from the Santa Barbara region. Though Rusack Vineyards was never a part of my history of tasting, I had recently become quite fond of this winery’s efforts. The Rusack Chardonnay is rich, yet really well balanced and quite fine. Showing ripe citrus and cream, this one has it all. BevMo! Retail: $23.99, Clubbev: $22.99. I would say this wine is a tad cheaper than some of its like counterparts from the Napa Valley and the Russian River Valley. So, you can look south to find some of the state’s best efforts.

Rancho Sisquoc has always been a wine that I have enjoyed. As a young retailer, over 30 years ago, I would hawk these wines to my best customers in San Francisco’s Haight Ashbury district. Yes, the folks in those days drank more than Ripple and Red Mountain. The Rancho Sisquoc Pinot Noir 2011 from Santa Barbara County is a good one. Ripe, yet mysterious and fine, the wine shows wild strawberry flavors and a fresh finish. BevMo! Retail: $22.99, Clubbev: $18.99. At this price the wine is an absolute bargain. My fellow judges at the 2014 San Francisco Chronicle Wine Competition awarded this wine with a Gold Medal.

In a tough Cabernet year (201), the Robert Hall from Paso Robles played it right and stands above most others. This wine is delicious from start to finish. Shows black fruit, some earth and dried leaves- this is real wine, without all that oak and sugar. BevMo! Retail: $18.99, Clubev: $12.99. The steal of the moment!

Some folks say that I spend too much time in Napa and Sonoma. Some even say that I have traveled too often to France, Spain, and Italy. Most of my gang have told me that I often forget about California’s Central Coast and you know what? They are right! Try this trio of wines and I am confident that you, too, will be heading south of Salinas more often you have in the past.