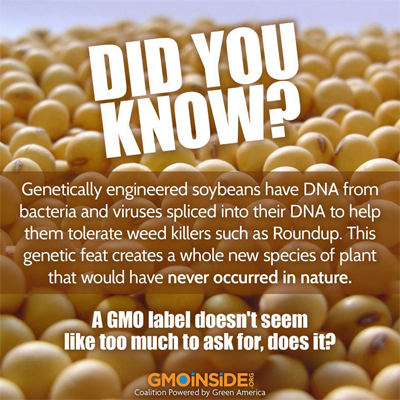 GMO Wine, not in my time, people.

5) Glyphosate causes birth defects, tumors, and reproductive disorders in animals, as well as sharp declines in beneficial insects
And often at dilutions far lower than the concentrations used in agricultural and even home garden spraying…

GMO wine has yet to come onto the scene; however, there are those among us who would love to see genetic engineering happen as a method of fighting diseases within the grape vines and/or grapes themselves. I don’t agree with messing with Mother Nature…

This was a BAD YEAR for tomatoes in my garden.

I just wasn’t getting it? I didn’t do anything wrong, that I could tell. I did make one segue, anxious for tomato plants, though. I DIDN’T wait for Big John’s Market’s organic starters. I went to HOME DEPOT, instead. (Sigh…)

Then, we bought organic fertilizer, I treated the soil and watered it… waited a day to plant, put up my cages, and we waited for the same humungous return as we had had the year before with our tomatoes. (Almost there…)

They didn’t come. Plants faltered and some simply died. I’ve never seen this before. The few tomatoes I did get, when they almost reached maturity, they’d just fall off the vine. And, they’re almost tasteless. (What the heck…)

Then, I read about Monsanto’s GMO starters and HOME DEPOT. (Groan…)

Discussing it with my son-in-law Heath yesterday, this was his and Melanie’s identical scenario… (Identical)

He also told me that at one point, just to see what would happen, they doctored one plant with Miracle Grow. The plants came in like there was no tomorrow. (Aha…)

I posted this on Facebook… You know, two people = coincidence. Three people = trend.

Here’s what winemaker Dan Kleck had to say:

Dan Kleck I bought “organic tomatoes” at Home Depot, planted 8 plants in my greenhouse in July. They grew to 8-10 feet each (one plant died), in full sun, and so far, today, I just picked the second tomato [November 9, 2013]…and there are only 5 or 6 tomatoes TOTAL for the seven plants, none of which ripened, and none of which tasted anything like a tomato. Found 5 self-started tomato plants from last year coming up in the greenhouse, nourished them in the very same location. They grew modestly and are fully set with bunches of tomato clusters. What is this stuff from HDepot??

So here we are with the debate over GMO wines. When they happen, will I buy them? Emphatically, NO GMO.

Genetically engineering foods (wine grapes, in this case) is still an experimental process; and, the proponents (all of whom stand to make huge profits) are not going to use my body for their experiments. Some people don’t care about their bodies; unfortunately, many of them are pretty easy to spot. I can tell you from experience, when you hit your 60s, you darn well had better have paid attention. Or, you’re in for slippery slope into the hands of the chemical companies. They’re more than happy to take your retirement savings away from you, and have actually been waiting for you to arrive.

Now, I’ve got people telling me that GMO has been going on forever in vineyards. Sorry, guys, that’s not so. Hybridization and cross breeding in a scientific laboratory is a completely different science experiment. Luther Burbank is now turning in his grave, by the way, as the slightest thought of what’s being done today…

What’s the difference between GMO and cross breeding in plants?

What sets genetic engineering apart from all other types of crop improvements is that it involves transferring genetic material from one organism into the genetic material of a completely unrelated organism — DNA from bacteria into corn, for example. This doesn’t happen in other plant-breeding techniques.

What is the difference between selective breeding of plants and GMO?

The difference in selective breeding versus genetically modifying a plant is significant. Unfortunately, those on the side of GMO’s often infer that the process is the same. Though technology has helped both efforts, selective breeding does not allow for cross species (animal/plant, insect/plant) manipulation. In other words, breeding a new species of corn that grows better in New York by crossing a variety of corn from Europe with a variety of corn from the western USA makes sense. The traits exhibited by the ‘new’ corn are an improvement that allow better use of the soil, better use of water or fertilizers, and hopefully produces better yields. This has been done by farmers for ages and has resulted in nothing harmful to the human body.

In contrast, GMO’s infer cross species modifications. The use of bacteria/insect/non plant DNA inserted into plant DNA resulting in a plant that produces it’s own pesticide as a response to this manipulation. What’s unclear but becoming less so is the health impacts on the body in regards to the ingestion of GMO’s. We don’t have any clear indications that the genes impacted by the GMO’s are benign in the human body. Since the introduction of GMO’s, a myriad of issues in the human body have increased.

How will this turn out in 20 years? Who knows… But, I go back to what I wrote about above, with my own growing of GMO tomatoes (which I didn’t know at the time I had actually purchased)…

Here’s one for you… New Proof: GMOs Cause Tumors, Organ Damage, and Premature Death in Rats

The French study, published in the peer-reviewed journal Food and Chemical Toxicology, details an experiment in which rats were fed a diet containing NK603 (a seed variety that has been modified to withstand application of the herbicide Roundup) or were given water containing Roundup “at levels permitted in the United States,” reports Reuters.