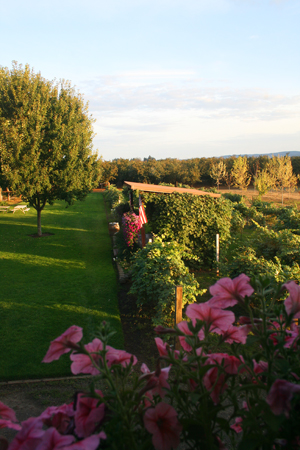 I get to work with a lot of different wine companies, so I asked for a November update from our Oregon producer friends… I mostly wanted to know what harvest was like for them, even though some are still finishing up on harvest. This is why, I know, that the following wine companies were so busy they couldn’t participate in this survey. More from these guys later…

Meanwhile, these are the ones with a bit of breathing space:

Airlie Winery ~ Mary Olson, Owner ~ We just finished barreling down the last of the Pinot and there always is a big sigh of relief.  Ah, the calm after the storm.  Our winemaker Elizabeth Clark says this is the first time she really can step back and evaluate what’s now in tank and barrel, and the report is good.  The Pinot is showing great red fruit notes balanced with nice acidity and tannins and the whites, still fermenting, fill the winery with scents of pineapple, pear and orange blossom.  We’re making our first Estate Pinot blanc this year, genetic cousin of Pinot gris, and we’re looking forward comparing the wines.  While our production was a little lower than expected, the birds certainly found us this year; the quality was high, due to timely sprays and judicious thinning of troubled fruit.

David Hill Vineyards and Winery ~ Jason Bull, Winemaker ~ The Pinot Gris from the Estate property this year is showing wonderful potential.  Our first pick was on the 27th of September and the second on the 4th of October.  Both of these wines are either still going through or have just finished a long, slow, fermentation process, almost 30 days.  In the end both batches will be blended together and eventually put into a bottle and released soon.  It’s one of our fastest selling white wines, get yours before it is all gone.

Naked Winery ~ David Barringer, President ~ The 2013 Harvest is shaping up to be even better than 2012 and that was a fantastic vintage. We’re continuing to expand our winery in Hood River and we’re thankful – as we head into the time of Thanksgiving – for all of the support from our national Naked Winery fans!

Oak Knoll Winery ~ Jeff Herinckx, Winemaker ~ Thanks to Mother Nature, harvest was fast and furious this year. We got our first grapes in on September 17, just before it began to rain. It was the wettest September ever in Oregon. We had as much as three or four inches per day at times. When it rains that hard, the grapes get water-logged; and can begin to rot from the inside out, if they’re not harvested quickly enough. The grapes end up tasting watered-down and will produce a diluted wine. They’re also lower in sugar than we’d want them to be in this situation. It really was unfortunate because, based on the spring and summer weather we had, many people were predicting a very good crop for this year. Unfortunately, especially in Oregon, you just never know what will happen with the crop until it’s time to harvest. The weather can change on a dime.  We expected to receive 240 tons this year from our growers, based on their estimates, and we ended up with 190 tons because of the rain and because of the birds. In some vineyards this year, the birds really decimated the crop. The growers have air cannons and other tools to try to scare them away, but they get used to the noise. Unless there are nets, it’s nearly impossible to keep them out. One of our Pinot Gris growers harvested less than one ton per acre this year because he had such a problem with birds. 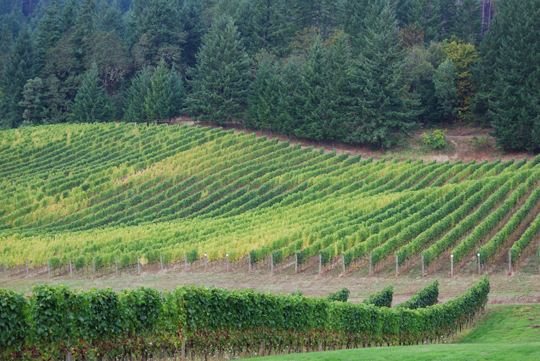