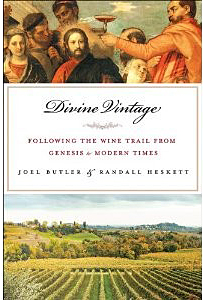 Divine Vintage by Randall Heskett and Joel Butler just arrived. I believe this is the most important body of work in modern history to present our past of “following the wine trail from Genesis to the Modern Age” (its subtitle). This is not to discount its Modern Divine Wine Trails. These findings are also very generous. Remember, this is not a religious book, just one that chronicles the role that religion has played along the long and wineding [misspelling is deliberate] way.

Also, not to be missed, the absolute best map ever of Divine Vintage: Biblical Wine World Wine Lands. How I’ve searched to try to put everything into context… At last, we have that pieces of the puzzle, for those of us who can’t get enough scholarly information in visual context.

My own personal history can be traced to a great grandfather (14 generations ago). He was the Reverend William Blackstone, a clergyman who was sent across the Atlantic Ocean in 1623, by King James, to preach his version of the Bible. This was during the time of the Pilgrims coming to the New World to escape religious persecution. (He’s better knows as the man who discovered Boston, Massachusetts.)

The Pilgrims strongly believed that the Church of England [under King James], and the Catholic Church, had strayed beyond Christ’s teachings, and established religious rituals, and church hierarchies, that went against the teachings of the Bible. This belief put them at odds with church officials, who in the early years of King James I tried to have them arrested and thrown in jail for refusing to participate in church rituals.

William Blackstone, in 1623, didn’t really agree with King James, so he’s now known to been one of the earliest Episcopalian clergymen resident in New England; but, that’s a completely different story. Back to why I even brought this up… As someone who had a family scholar involved in the Bible, you might assume that I’d know something about it. That would be incorrect… I was raised Catholic, and all I can say is that my generation was only fed dogma, and expected to swallow it like it was a big sugar cube. I chocked… Had I been given the Bible, I probably would have followed in my great grandfather’s footstep. When I used to travel about 70,000 miles a year, I had one night where I decided to alter the Gideon Bible in my hotel bedroom, adding an s/ to each he… (s/he) until I fell asleep.

Yeah, I’m that bad, but I’m also that curious to see what the authors before me wrote for their interpretations of what they thought was holy… Especially about wine. Now, when the night is quiet and the business of the day has settled into peaceful everyone-in-suburban-spaces-are-all-in-the-right-places, I pull out this book and explore what Randall and Joel have put forth. It’s fascinating at least, and jammed full of facts that answer a lot of my questions.

Why am I so committed to their every word? Religious credentials: 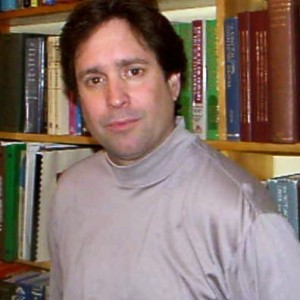 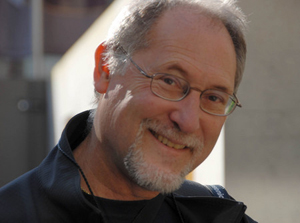 I’m committed to this book and will be writing more about it as I go along. Forever, I’ve been very interested in what the Bible has to say about wine, but it’s been sketchy with my having to get to many books to find anything worth quoting. Now, I’ve got the anthology of anthologies… A must for any wine (book) library.

Most importantly… I also want to get into the “now,” the modern Divine Wine Trails….

These two scholars have a very important body of work that graces my wine library. I’m honored to be reading it, and it’s  not the last you’ll hear about it from me. The holidays are coming, and if you’ve got a wine lover who seeming has everything, unless you can give them a 1945 Margot, this is “the” gift.

UPDATE: After I launched this story into the Ethernet, Joel had this to share with me about people he would like to see reading the book “[People] reading it with an open, curious mind and realizing it is not a religious piece, but solid historical, as well as providing the most up to date ( in one place) look at today’s best emerging wine producers in the ‘ancient world’!  ”