How much wine comes from one vine? 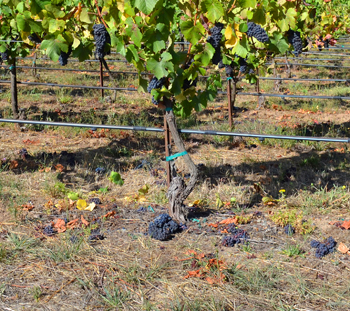 “How much wine comes from one vine?” you ask…

The answer is going to be an average. It’s important that you know that right off the bat. I just left a vineyard where half of the fruit lay on the ground. The grapes were cut from the vine so that the last push for sugar levels (plus color, flavors, textures, and tannins) is going into each vine right now, as I write this… pre-harvest.

On average, one plant equals about 14 pounds of fruit, if crop isn’t dropped in substantial amounts. One plant will then equal about five (750 milliliter) bottles of wine. 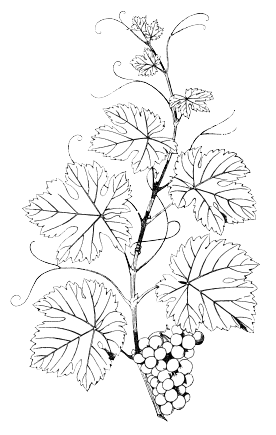 One gallon is equal to 5 bottles of wine.

The following are averages, because viticulturists ultimately decide how many plants there will be on one acre of land. Some stress the vines to be three feet apart. This causes the roots of each plant, because it is so close to its neighbor, to go straight down into the earth, and not sprawl outward. Others (up to six feet apart), allow the vines to have their root systems sprawl, before they go downward searching for water, leaving more space between plants. Think averages with the following figures:

One acre equals about four tons of grapes. With this configuration, you get the following: