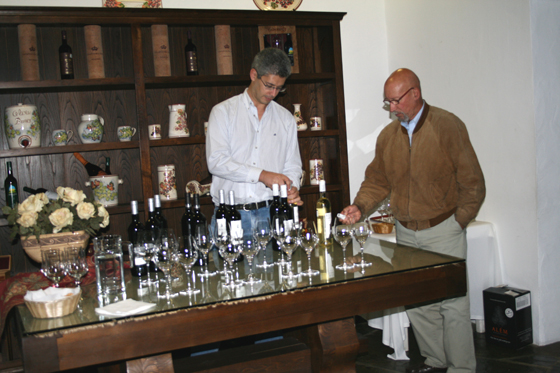 Winery tasting rooms are retail outlets and samples aren’t mandatory… What a concept, huh, but you’d be amazed at how many people don’t understand this basic marketing concept.

Tasting rooms are set up for wine retail sales, and education may also be part of that process… Here you may enjoy learning about wine, and then make a purchase to support the proprietor’s efforts at showing you his, her, their best, if you liked the wine. It’s cleverly disguised sales, ladies and gentlemen, under the guise of hospitality.

Because I’ve had so much experience working for wine companies in their retail outlets, I’ve been able to observe a lot of behavior. I’ve worked at Belvedere, Mondavi, and K-J, and my husband has worked at Pezzi King, Imagery, and Gary Farrell. Combined, we’ve shared a lot of stories and experiences; and, there are patterns that emerge.

Most of the people who visit wineries are really wonderful people. They come from near and far, and are genuinely interested in learning about wine. And, they purchase some wine to enjoy during their trip, or to take home with them and enjoy at a later date. (There are great containers today that allow people to put a bottle or two into a piece of luggage without a possible broken bottle.)

There’s another group who come to wine country, who are opportunists, not the least bit interested in learning about wine or wanting to purchase anything. It’s the weekend, “Let’s go to wine country to get slammed” crowd.

Those who come for just free wine are a real minority, understand. It’s not like tasting room attendants don’t think, “Oh, gawd… here they come again.”

By shedding light on this:

Wineries are a retail outlet… Period. Unlike other retail situations, they let you sample their fare… for at least a half hour. That’s equivalent to a glass of wine. (Imagine sampling in a bakery for a half hour?)

People in tasting rooms are there to inform, educate, and present the wines of their proprietors. To simply go to wine country for a free day of drinking is actually ripping off the wine companies.

Some people have a favorite wine critic, who gives them guidance about what they might like in a wine. Since wine can be such an expensive part of a meal, it’s a great idea to ask others for help in making that decision.

Some are lucky enough to have the time and resources to come to wine country to taste for themselves. By so doing, they’re now making some of their own decisions about what tastes great on their own palates. And, they generally make a purchase, if the wine strikes their fancy.

To simply see the tasting rooms as a place for free wine is actually ripping off the owners, if you’ve never thought of it that way. This may seem like strong language… it’s not. It’s just stating the facts as they exist.

Tasting rooms are a retail outlet in which you may enjoy and learn about wine, and then make a purchase to support the proprietor’s efforts at showing you his, her, their best, if you liked the wine. It’s cleverly disguised sales, ladies and gentlemen, under the guise of hospitality.