How Many Wineries Survived Prohibition? 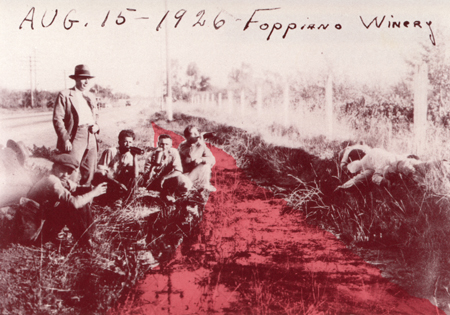 [This image was taken at Foppiano Vineyards, as agents emptied the winery of its wine contents into the creek alongside Old Redwood Winery.]

I thought I’d share the information below, so that when someone is researching, this story pops up with the most accurate number. I spent hours upon hours researching this one for Concannon Vineyard, when I was the PR agent for their wines. Today, my assignment with Concannon is planning and producing the annual Petite Sirah Symposium, so I still feel very connected. It was in their best interest to come up with the best information available, hence the copious hours.

John Concannon, who is now the family’s fourth generation vintner, whom I’ve watched taking the assignment an ambassador, shared this with me and it’s very special to the history of the California wine industry:

While Beringer was established before Concannon, they’ve not had family involvement for some 30 years. Many people don’t realize that most wineries, such as Gallo, didn’t have a label until Prohibition was repealed in 1933, making the vast majority of wineries 79 years old or younger.

There is a lot of “oral” history stated by wineries… it’s easy to say something, but it’s another to be able to prove it.

The 18th Amendment to the United States Constitution prohibited the manufacture, sale, and/or transportation of liquor, which was passed by Congress in 1917.

Prohibition then took effect in 1920, and continued for the next 13 years.

In 1933, President F.D. Roosevelt was elected and Congress passed the 21st Amendment on February 20, 1933, which repealed the 18th Amendment. The 21st Amendment was then ratified by the states, thereby taking effect on December 5, 1933.

According to Albany Education, “Prohibition as undertaken to reduce crime and corruption, solve social problems, reduce the tax burden created by prisons and poorhouses, and improve health and hygiene in America. The results of that experiment clearly indicate that it was a miserable failure on all counts. The evidence affirms sound economic theory, which predicts that prohibition of mutually beneficial exchanges is doomed to failure.”

Many wine companies went into the business of selling Vitis vinifera grapes bricks to home winemakers that carried a warning: Do not add yeast or fermentation will result. Also attached to the brick, as the story goes, was a packet of yeast.

Gone were the days of the railroad cars that carried wine juice prior to Prohibition around the United States.

[Q] So, who legally produced wine during this dry spell, and can have the distinction of saying that they’ve been in business producing wine for as many years as they claim? [Remember – if it wasn’t legal, they’re not on the books as continuously producing wine… It’s a technicality that would only be able to stand up in a court of law.]

[A] Very, very few wineries… The ones in red have survived. The ones in black (members of the Catholic Church) are gone forever.

This is all pretty sobering as to what a group of teetotalers were able to accomplish. Today’s world is so much more complex that it would take something even more extreme to have this return… 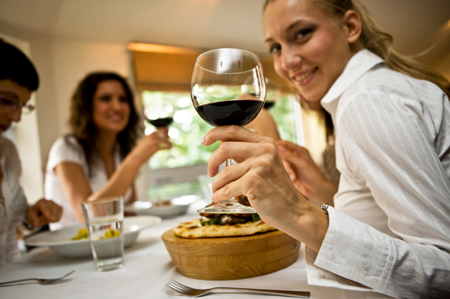