The Ninth Annual Petite Sirah Symposium is again sold out. If, however, you didn’t sign up, but would like to be there via a live broadcast, it will be available via Ustream at www.ustream.tv/channel/psiloveyou; and, it will also be available on the PS l Love You site at www.psiloveyou.org/live/.

[Photo: Jim Concannon]
We will be using the hashtag #pslove, the same as last year, for Twitter.

The agenda is as follows:

[Just as my grandfather and father stepped in to help with the family business, I have done the same. I am proud to be a part of our 127-year family history by bridging the 3rd and 4th generations with my dad Jim Concannon, blending rich tradition with modern innovation to craft the finest wines possible.”]

[Passionate about helping wine enthusiasts jostle the jaded and slay the snooty, Mark Oldman (@MarkOldman) is one of the country’s leading wine personalities. His signature style was best summed up by Bon Appètit magazine as “winespeak without the geek” and by Publishers Weekly as “the ideal mix of wine connoisseur, showman, and everyday dude.” He has twice won the Georges Duboeuf Best Wine Book of the Year Award.]

[Vintage Experiences – Dan Berger has been a wine columnist since 1976 and has resided in Sonoma County since 1986. Today, in addition to his privately published weekly wine commentary, Dan Berger’s Vintage Experiences, Dan writes a nationally syndicated wine column for Creators Syndicate as well as articles for Decanter, Robb Report, Cheers, Beverage Dynamics, and numerous other publications.]

9:30 – 10:00 a.m.  ~ VITICULTURE ~ Kenneth Wilson, Wilson Vineyards ~ The Pros and Cons of Dropping Crop: Quality Fruit in the Vineyards vs . Cost of Goods Debate

[Ken started working on his family farm at age 12, mostly moving sprinkler pipe and siphons, and he continued in the fields throughout his teen years. When he graduated from Delta High School he headed for Sacramento City College. In 1972 when his dad planted wine grapes he asked Ken to “watch over the vineyards.” To do that, Ken figured he should learn more about the vines, the grapes, and the harvest. He promptly enrolled at UC, Davis, as an extension student to study viticulture.]

[Geagan, Brian, Canton Cooperage – Brian is the West Coast Sales Representative for Canton Cooperage, Tonnellerie Jacques Garnier, and XTRAOAK. He has been with Canton for 10 years. While concentrating on the West Coast wine industry, Brian has also traveled to Chile, Australia, and Europe to consult with wineries on their oak needs. Prior to his responsibilities with Canton, Brian was Cellarmaster for Belvedere Winery in Healdsburg, California.]

[Clark Smith has been in the California wine industry ever since dropping out of M.I.T. in 1971. After a decade cooking in various restaurants and six years in retail wine shops, he graduated UC Davis in 1983 and founded, with the Giguiere family, the R.H.Phillips Vineyard. There, served as winemaker for its first seven years. In his role as Senior Enologist for his family’s wine production consulting firm Vinovation, he patented alcohol adjustment and other enological applications of reverse osmosis, which he developed into an international enological network.]

[Hall, Steve, Robert Biale Vineyards – Steve grew up in California, in a typical Greek-American wine drinking family, and from a very early age enjoyed the classic red jug wines from Gallo and Almaden, at the dinner table. After attending UC Berkeley, Steve landed a job as chemist at Stag’s Leap Wine Cellars a few years later. Steve learned winemaking techniques at several NV wineries, including a stint at Jarvis as associate winemaker. A big fan of Biale wines since the first release, he joined the Biale team as winemaker for the 2008 vintage.]

Joining Steve is also Bob Biale, director of viticulture for Robert Biale Vineyards. [Robert “Bob” Biale was born and raised in Napa. Bob is the son and grandson of Napa Valley grape growers. Working the farm was a part of growing up. A temporary harvest job at Beringer in 1989 turned into a 10-year post in the cellar. In 1991, Bob and his partners Dave Pramuk, Al Perry, and father Aldo Biale launched Robert Biale Vineyards, where he continues as manager of vineyard operations and grower relations. Bob is a board member and past president of Zinfandel Advocates and Producers, and is a board member of the Napa County Farm Bureau.]

[Ellen is a certified Sommelier, and the Wine Director and Sommelier at Landis Shores Oceanfront Inn, which she co-owns with husband and chef Ken Landis. Landis Shores was named one of the top 15 Inns for Wine Connoisseurs in North America. She has traveled many wine regions throughout North America including Canada, NY, VA, AZ, OR, WA, NM, and CA. International regions including Bordeaux, Champagne, Burgundy, Rhone, Tuscany, Australia, Spain, and Portugal.] 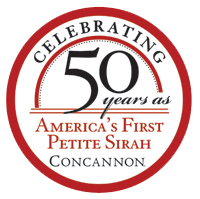