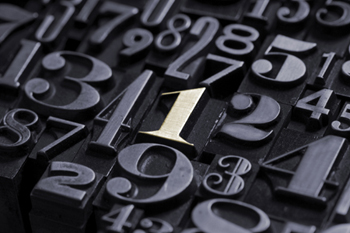 These are the top 11 things I’ve learned as a wine publicist, as clients strive to be Number One on the hit parade.

They’re worth sharing for anyone who is thinking of hiring a PR firm. These are the things to consider, so that you go into your PR process with a clear understanding of how it works, who should be guiding your storytelling process, what to expect, and your part in the process.

Number 11 is a critical one…

I was once told by Lynn Kirimli, formerly of Concannon Vineyard, a year after she had hired me and had my results in front of her: “Jo, you got more publicity for us in one year than we’ve had in the last 120 years all put together.” I felt they were prime for prominence, and I got to it. What Lynn said was music to my ears.

I’ve now had people tell me the same thing about putting Petite Sirah squarely on the map. From Steve Heimoff, whom I’ve whimsically pestered… a lot:

“Let’s put Petite Sirah into context. It’s been around (as a grape and wine) for a long time, but never had any respect. If critics deigned to notice it, it was with a dismissive ‘Well, this is a rustic, tannic wine, native to California,’ and they left it at that. Petite Sirah didn’t fare any better in the critics’ eyes than did Carignan or Alicante Bouschet, and look where they are today. Nobody cares about them.

“But then Jo and Jose came along and decided to change things. Single-handedly (well, double-handedly) they pushed, pulled, cajoled and persuaded Petite Sirah producers to pony up some money (which many of them could ill-afford, Petite Sirah then not bringing in much money). Keep in mind, ten years ago the only reason most wineries even made Petite Sirah was because they believed in it. Not because it made them money. Not because Petite Sirah was a critical darling. No, it was due to that rarest of winemaker motivations: because they loved the wine and wanted to share it.

These successes were accomplished by having clients who let me do my job; who didn’t ask for my database lists, but let me work those lists, and gave me plenty of time to get the job done well.