Delia Viader, One of My Favorite Wine Characters

THE WOMAN: Citizens of the world are rare. They truly are the ones, who are the jewels in the crown of life. That’s not because they shine more brightly than the rest of us; it’s because there’s such humility attached to their auras as a result of their extensive travels, that the shining just becomes a warm, glorious glow of light. And, that illumination just so befits Delia Viader of Viader in Napa Valley.

As soft spoken and as delicate (appearing) as her wines, the depths of this female winemaker, as with the depths of her wine, runs very deep. Born in Argentina to the parents of a European diplomatic family, Delia’s education is worth noting, because – as she’s quick to tell you – she’s “the most over-educated farmer in the business.”

Delia Viader came to the United States as a post-graduate college student, already holding her doctorate in Philosophy from the Sorbonne University in Paris, France. Delia pursued advanced business Studies at three American Universities: MIT (Sloan School of Management Executive Programs in Financial Management, Corporate Strategy and Negotiation), UC Berkeley (Financial Management, Corporate Market-Focused Organizations, Masters Program in Business Administration), and Enology and Viticulture at UC Davis. All of this and she’s not afraid to get her hands dirty. What’s not to admire? 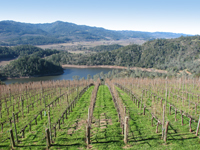 Why go from all of this to the heights of Howell Mountain? “As the single mother of four children,” explains Delia, “I wanted to set up a business that would allow me to be close to my children in a rural setting, and still be close to the advantages of culture and society.” 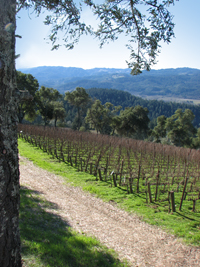 This extraordinary person gives credit for her successes to her father, referring to him as “my greatest angel.” Delia’s dad supported her at each turn, and in all aspects of her life, both emotionally and financially; i.e., each university and with her dream to become a winemaker. He wouldn’t support that goal without a strong business plan. But imagine… really… with all of that targeted education, who better to write one. That’s why – after 22 harvests – Delia is truly reaping the benefits of her comprehensive educational rigors and her carefully crafted growth plan. That’s what has her sitting pretty on Howell Mountain.

Delia lost her father last year, just as her twenty-second harvest was about to begin. Because she had allowed her son Alan to be part of her winemaking world, but only after he had already earned his stripes in other winemaking businesses, Delia was able to return to Argentina to say good-bye to her dearest connection to her roots, and harvest went on with her son in her place, and under the consult of her dear friend, Michel Roland (who is to the wine world what Andre Tchelistcheff was to the California wine industry). 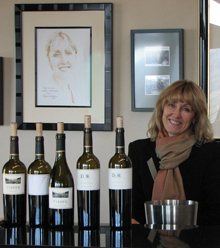 THE WINE: Her choice for what to produce follows a Bordeaux profile, within a very specific context: St. Emilion. According to Delia, “I wanted something more subtle and seductive. I stated the obvious years ago when I said, and I continue to maintain the obvious today… I create wines that pair well with food.” Beyond that obvious, Delia has an intricate way of describing her wine theories, “I wanted wines that have an expression of place and their varietal characteristics. I wanted to succeed with wine the same way an artist or crafts person works with his or her medium. I work with aromatics, texture, and essences that have a linger memory. When tasted side to side, each wine has a personality of the varietal that’s expected… A family trait… I want it to be very fragrant and have fine, silky tannins… It doesn’t shout, but brings interest.” 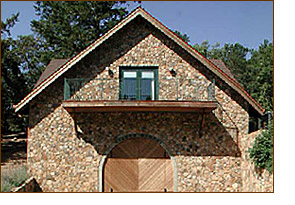 Delia’s first vintage was 1989, when she produced 1,200 cases of wine. Today, under the Viader, “V,” and Dare labels, Delia has a production total of 7,500 cases. It’s interesting to note how these names came together, and it’s based around everyone trying to pronounce Delia’s last name. She explains it this way. “‘V’ plus a ‘Dare’ gives you ‘Viader.’” Delia, who’s designed all of her labels, began with “Viader;” then reacting to market changes, created other wines for other price points. She explains, “I needed to expand, because I knew I was going to be paying for college for my children sooner rather than later.”

Delia exports into 19 countries around the globe. “It keeps you honest and humble,” explains Delia, “working in world competitions with brands that have over 200-years of history of first growths, versus trying to compete with Napa Valley, still very young in its history. My wine has been evaluated against wine from Baroness Philippine de Rothschild and Domaine Louis Michel Chablis, for example. This was done with 300 consumers in a blind tasting. There were five flights, and then the top five of those five flights were tasted again. Viader was tied with Rothschild. When it was announced, I thought he had won. He thought he had won. And, in reality, we both had won,” she said with a modicum of delight. 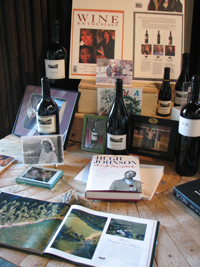 Tasting the wines brings you right to the point of place that Delia was aiming for, in that they’re very specific in design, and very articulate in expression. High mountain grapes are picked when they’re very ripe, from 20-year old vines that are no larger than an inch and a half in diameter. When I learned that she crafts a Petite Verdot and Tempranillo, I was intrigued and could hardly wait to taste her wines. It was her Cabernet Franc, however, that just caught me! I’ve loved this varietal since my days of working in the Sierra Foothills, when I represented a brand that made a juicy Cab Franc that I just adored. Delia’s was reminiscent; however, it was more elegant, more delicate… It was like being able to taste French lace, if that had a flavor. It was intricately crafted… It had nuance, it had aromatics that excited my senses, and it drew me in and held me… not wanting to move on…

Delia’s wine choices are daring, she’s quick to note, and justifiably so. This is a woman of the world. She made her choice to not craft a regional wine, high on that Napa Valley mountain estate. She decided to take on the world… in the most quiet, elegantly humble way possible; and it’s that posture that’s made her a giant, who still understands that she’s just a blink in time… like the rest of us.