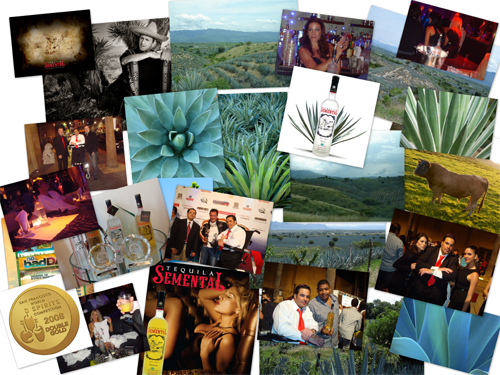 One of the joys in my life, for the past year, has been the introduction of tequila into my repertoire. Before working with Tequila Semental, I only knew about tequila as a spirit ingredient in my margaritas. I never saw it as a sipping beverage, and I never believed that I was a “let’s do shots” kinda gal.

Taking on the PR and promotions for a tequila client was going to be a new learning curve, and I welcomed this challenge. At our first get together, arranged with our marketing partner Richard Burnley, we met the Tequila Semental team in Las Vegas. In that meeting, we were introduced to proprietor Efrain Lopez Gurza, importer Mark Howard of Vital Beverages, Efrain’s two administrators Miguel Angel Batres Sandoval and Carlos Fausto, along with potential sales people.

I have to admit that I had a remarkable breakthrough as regards tequila. In this meeting, the Tequila Semental had to be tasted… savored… enjoyed, of course. How can one represent something if there’s no appreciation?

This business meeting lasted six hours; and at the end of six hours, I had sipped my way through six pourings of the tequila… To the amazement of Jose and Richard Burnley (who knows me pretty well), I walked away on two solid legs.

I’ll never forget as the shot glasses were first filled, I filled with dread.

Oh no! How am I going to get through this?

I had never done shots before in my life; and here I was, contemplating the mere act of being “one of the guys.” As the only female in the room, I was quietly wishing I could turn around and run out the door. I hadn’t anticipated doing shots.

The universe saved me.

Efrain Lopez Gurza has created a tequila that is so sophisticated… It’s of the savoring kind. There are two schools of thought with tequila. I didn’t know that:

I was in the company of the latter. I was not only greatly relieved, I became an enthusiast.

In the past year, because it’s now our first anniversary with Tequila Semental, I’ve gained a lot on which to reflect. I’ve learned a lot, shared mucho, and have had some pretty amazing experiences. I created one YouTube video that’s just about our trip to Hollywood, as we photographed Efrain during a pre Oscar party. During this event, he handed out packages of his three tequilas: Silver, Reposado, and Añejo to the stars. He met (and we photographed) everyone from Lorenzo Lamas to Doris Roberts and Natalie Cole. That’s just the beginning of the list for that day. Efrain likes stars, he has access, and they enjoy his company as well.

So, yesterday, as I thought about National Tequila Day, I reviewed images of this past year, creating another video slide show. They are the images in the above collage. If you want to see each image separately, just watch this quick video of Tequila Semental, a premium “spirit” of Mexico.

Here’s to you and yours on National Tequila Day… Cheers and Ole!