The Days of Crimson And Clover ~ Or, do organic wines really taste better? 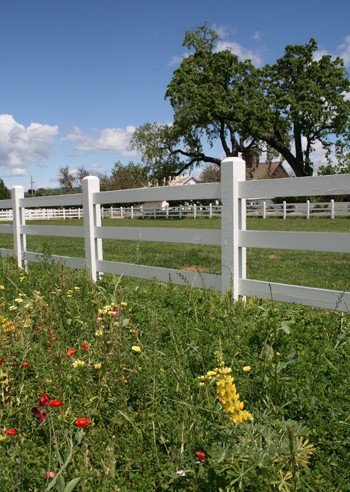 The 1960s, 70s, and early 80s were very good to and for me. I deliberately sacrificed a lot of materialism, for which the universe delivered copious hours to study and practice many subjects of great personal interest:

On this blog, I occasionally allude to being an old hippie, because I enjoyed many of the freedoms, and it still pops up as relevant with some – if not all – of today’s issues.

No, I didn’t live in a commune; although, I thought about it a lot. To be in the epicenter of that sociological movement gave me many interesting perspectives that are now some of the most brilliant threads in my tapestry.

I was recently reminded that I’m such a product of my past, that this intro is necessary; because, I otherwise have no leg to stand on as being informed with organics. I have no degree, but I have a long history of experiential learnings with organics; although, I’ve never had the interest to make it an issue.

Why? Because it’s just me on auto pilot. It’s like the functions of my body that happen, just because some unknown energy keeps my heart beating, my lungs functioning, and somehow my food gets digested. It’s just is what it is. It’s no big deal.

Perhaps it needs to be one… 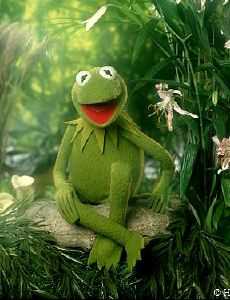 It is easy being green, Kermie!

I was recently having lunch with a wine grape grower. We were talking about his organic wine brands, and I made the comment that organic foods just taste better. Simple enough statement for me; but he asked, “Are they?” I’ve never been challenged before with that one. I just knew it from things that I’ve been eating… Like, what comes out of my garden versus things I buy in the store. There’s no comparison… and there’s no chemical flavors that have been absorbed by the roots to become part of the food. And, yes, I’ve tasted chemicals in the past when I’ve purchased something because “organic” wasn’t available at the time, and I had a craving.

I once read that if you find bugs in your food, it means that it’s great food. The reasoning is, if it’s good enough for the bugs, it’s good enough for you. If it’s spayed with pesticides, bugs won’t be present. That’s now one of my rules of thumb, when organics might not be available. I look for bugs in my lettuce ;^)

I answered this grower with, “Yeah, of course. My body’s my temple, and I’m only going to put the best of everything inside of me. I don’t do fast food. While Alice Waters was busy inventing slow food for consumers on the west coast, I was on the east coast inventing the same for my family. My sister Merry gave me a wok, and that’s when I began to run. I only eat really wholesome foods, most especially organic, because they taste so good, besides being good for me.”

There, I worked it out, but now I want to work it out a bit more, for the sake of organic grapes.

For me, paying a bit more for organics now is worth the price. The little bit more that I pay forward today means that I’ll not have to pay thousands in the future with medical expenses. My father scoffed at me when I talked about this to him; and yet, by my age, he only had two more years to live. His fourth and final coronary, after two stokes in between those heart attacks, did him in. To date, and I always knock on wood, I’ve not had any of these medical emergencies, and I share his DNA.

BACK TO ORGANIC GRAPES

What was really fascinating to me about this business man, who has farmed only organically since the 1970s, is that he only does it because he and his family believe strongly in being good stewards of the land. He feels the need to protect the environment as much as possible, because it’s the right thing to do. It’s not until recently that coming out about being green has ever been an issue. He’s mostly been growing and selling, and just giving people the most pure fruit that he’s able to, because he has a conscience.

Could my generation have just given our children this consciousness and it’s simply playing itself out… and I got to witness it with someone else’s child?

Here are a couple of  important question to consider:

I asked my sister Merry Matukonis to give me a paragraph about why organic foods taste so much better than those processed with a myriad of chemicals. Merry’s been a registered nurse for over 30 years, with the majority of her nursing experience in cardiovascular, surgical, and gastroenterology nursing. Merry says that she got tired of helping people to die; so she switched her gears, and is now helping people to live. She has her own practice for wellness in Centre Hall, Pennsylvania called Optimal Wellness Center, and writes for My Women’s Journal.

A typical subject matter would be Nutritional Counseling, Prevention — Detoxification. Her interest in nutrition also had her graduate from the New York Restaurant School, and had a catering company for years called Savory Table in Lewiston, Maine. She’s an associate member of the International Foundation for Nutrition and Health and certified as a Clinician in Whole Foods Nutrition. I’d say that neither of us do things lightly… What I can only say as a lay person, Merry can say as one whose entire life has been devoted to helping others…

Originally those patients exited with no plan. Today, Merry’s clients are existing with a better plan along their way…

Merry Matukonis: The reason that foods taste so much better when they’re organic is because they actually have nutrients in them. The soil has organic compost in it to provide those nutrients and minerals. The plant then absorbs all that it needs, in order to grow.

If a person is 50 years old or older, organic foods taste the way they did when you were a child. So many young Americans today don’t really know what really wholesome foods taste like.

An organic tomato 50 years ago had approximately 40 mg of whole vitamin C in it. Today, that same tomato, when mass produced, has approximately 5 mg. It’s a difficult challenge to stay healthy today if people are consuming processed, devitalized, mass produced foods.