Wine Enthusiast Magazine’s Toast of The Town Venues for 2010

Toast of the Town is an annual wine and food event, produced by Wine Enthusiast Magazine that I eagerly look forward to each year. It’s just so classy!

Each event features over 500 wines and spirits, plus signature dishes from the best restaurants in San Francisco, Atlanta, Chicago, New York and Washington DC!

Manning a PS I Love You table for the San Francisco tasting, I’m able to tell you that we get lines of people who are thrilled to comparatively taste Petite Sirahs in such an opulent setting. Everyone is delighted to learn more about PS, creating more converts for our ever-growing fan base. This year, the following Petite’s will be poured in San Francisco (only):

This image below is from Toast of the Town 2009 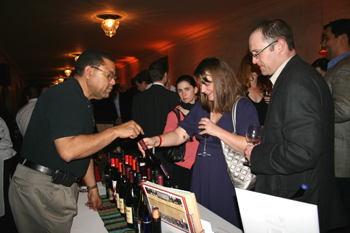 See you at the Opera House this year, while you get to taste the above mentioned wine! We’ll have a couple of surprise vintners joining us throughout the night. We look forward to seeing you there!