[SIDEBAR: Five copies of the book Corked, by Kathryn Borel, will be given away this Saturday. Just leave a comment on today’s blog entry, to be registered to win. Winners will be announced on Saturday.]

The very first wine writer that I discovered who really loves Petite Sirah is Dan Berger.

I’ve since identified a lot more, and found quite a few converts along the way.

In 2002, when I asked Dan Berger if he thought a Petite Sirah symposium would be something worth pursuing,  Dan said, “Not only should there be a PS Symposium, but there should also be an advocacy group called, PS I Love You.”

The rest is history…

At that time, he was also very intrigued with the idea of having a competitive wine tasting with just Petites. (It’s just in his evaluatory nature.) We didn’t go that route at the time, though, because we had our hands full, just getting a Symposium of this type properly organized. The first year of anything is such an intense learning curve. I’m not one for taking on more than I can handle.

Years have gone on, and Dan has still held the belief that there should be something very special to help define Petite Sirah further. Over the years, there are many, many wine writers who have fallen into the category of realizing that Petite Sirah has played a very important role in the history of grape growing in California… Dan was always there, and became my mentor.

SIDEBAR FOR YOU: In the 1960s, Napa Valley was primarily planted to Petite Sirah by a whopping 60 percent, having carried the California wine industry for many, many years. In the 1970s, a movement was underway to bring in more universally known vitus vinifera from the Bordeaux region of France. PS is from the  under appreciated  Rhone region; and, BV and Robert Mondavi were on a rip to have Cab become king in their neighborhood. They accomplished their goal, having torn out almost all of the PS in Napa; however, I find it totally fascinating that Michael Mondavi (son) and Rob Mondavi (grandson) are now producing Petites.

In early 2009, I worked with Appellation America to hold a Petite Sirah tasting, just with the PSILY members. A lot of behind the scenes marketing happens with the members’ Petites, with this being just one example. Each wine from each region was tasted and evaluated by Dan Berger, Clark Smith, Roger Dial, Roger King, and me, in order to begin to establish the benchmark qualities for each region.. Roger King and I weren’t scoring or writing about the Petites, but we were there to listen and learn a lot more about PSs flavors and regionalities. 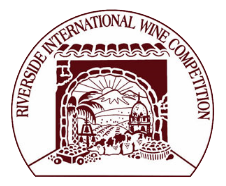 So… Back to what Dan is doing today with PS.

Dan Berger and Clark Smith are very excited to have created something very interesting for this year’s Riverside Wine Competition. It’s something that’s never been done before with any wine competition for any one single variety.

They are singling out Petite Sirahs, and differentiating each one by AVA characteristics, again, with a whole new set of palates.

According to Clark Smith: “Howell Mountain PS is so remorselessly tannic that the judges [sic: at Riverside Wine Competition] would throw it out unless they knew it was from Howell Mountain. Russian River PS is very feminine and light, and needs to be appreciated for that characteristic, rather than to get lost in the shuffle. Bottom line: standards recognized are likely to get more and higher medals.”

This is a “first of a kind” wine competition off-shoot, and I love that it’s Dan Berger who has thought of this one.

Dan has been championing PS every step of the way, since PSILY began. He’s also been thinking – for the last eight years – how PS could be judged in a separate way from all other varieties. This year, he’s on his way and so is PS, with his annual Riverside Wine Competition, where PS will evaluated, again, by region…

This segment of the competition will be headed by wine maker Clark Smith. Clark will create a template for regional characteristics by polling other judges. He also plans to publish the results on Appellation America. The results will also be made available to the media, and I’ll follow-up on Wine-Blog.