I’ve been pretty open on this wine blog that Enoforum Wines, from the Alentejo region of Portugal, is one of my clients. This is my journal, and I’m recording my realistic journey in the wine business. When Enoforum Wines and our Diaz  Communications partnered, it wasn’t with the thinking that Enoforum might be imported into the United States. It’s more a matter of when. Enoforum’s ducks are in a very neat row.

The only question that remains is, “Who’s the missing importer link?” 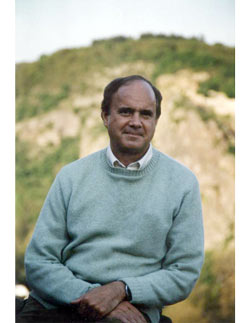 As I mention Frank Johnson here, from Frank Johnson Selections, I am not stating that we’ve all found the perfect fit between brand and importer. It’s way too soon in that process. It takes a whole lot of time to get from point A to point Z. We’ve only just begun to get to know each other. We’re just in the “getting to know you” stage. We’ll all see what the future will bring for any of us.

That all said, I’ve still found a treasure of a person that I’m enjoying getting to know, and that’s what is worth sharing… here and now.

In the search process, I’m learning all the objections when looking for an importer:

None of these objections, however, applied to Frank when I called him. Maybe it was because New York City was under extreme weather conditions. He was snowed in anyway, so he just succumbed to my call. Maybe he just had a few minutes of spare time, and my lead in was interesting enough to want to know more. I don’t know what it was, really, but Frank just listened. He at least listened because he has to have an open mind. As we talked, I quickly grasped that he’s his own man’s man. He’s been in wine business for over 35 years; and in that process, he’s stayed close to his ideals.

I can appreciate that, because that’s been my path my entire life. I’ve lost a lot of jobs because I’ve told bosses what they’ve needed to hear, not what they’ve wanted to hear. That doesn’t make for a good employee, nor doesn’t even guarantee that I’m a good consultant. That’s because I can’t/won’t compromise ideals or ethics.

As we talked, Frank shared that he once entertained the idea of having a Portuguese brand, but it didn’t work out. Just being back from Portugal, myself, I might have over exuded my enthusiasm, so I was at least interesting to him as I gushed on, no doubt. But the vital ingredient was the open-mindedness.

This is always the first step in any relationship that’s begun, no matter how brief or long it lasts. We all know, some are for a reason, and some are for a season.

So… now that I’ve told you how I came to begin communicating with Frank, I’m going to tell you things about him that he hasn’t told me, but I intuitively know… because I’ve been around this business and life a goodly amount of time, or I’ve found out by reading his Website. Websites are so great for learning about most things today.

In the 35+ years he’s been in the wine business, which includes being an importer; he’s worldly. He’s been abroad (having grown up in Europe), and that’s made him a much more well-rounded personality. I would dare say, he’s quite fascinating and has wonderfully rich stories to tell, based on his portfolio. He just sent a list to me, for a trade event he’s hosting. The brands are amazing. His list is quite long and formidable.

From the following locations listed (you can go his site for the Frank Johnson Selections to read who is whom on his list), you’ll see the great expanse of globalization:

This list tells me that there’s a fabulous story inside of Frank Johnson, that’s yet to be told. The relationships and the travels that have existed in building this kind of a portfolio tells me that there must be a rich tapestry of experiences associated with Frank’s life. This is a book waiting to be written, with the right focus and the best use of presentation and theme/purpose. I wish I had a publishing company. I’d be pairing a writer to the story; although, it may be Frank, himself, who is the best person to write it.

He’s been writing about wine for over thirty-six years, having two books to his credit, and a link to an article:

The richest part of this story about Frank is his philosophies, as stated on his Website. We both share feeling more European than American… That may be part of the draw:

Frank Johnson spent the summer of 1969 living in Germany and came back an entirely changed man. From his experience abroad, he concluded that his outlook was more European than American, and so he changed his major in college from medicine to modern European history. Although a medical career might have been more rewarding to him financially, the European mind has always appealed to him. Wine was a logical outcome from his European cultural experiences, as was German beer, and, to an even greater extent, the people of central Europe, who are among his ancestors.

I know from my own personal experiences as a salesperson, the people who bought the brands I was selling were not only buying the product, but they were also buying my integrity. I know that this is what has made Frank Johnson such a great success, and an intriguing person to add to my importer profiles.

From a Wine & Dine, University of Massachusetts biography… the man I’ve come to admire in the import business.

What do you do with a master’s degree in history? Wine broker may not leap to mind, but after sharing a bottle of St. Nicolas de Bourgueil Cabernet Franc with Frank E. Johnson ‘73G, that career path looks logical. Johnson draws on his knowledge of history, culture, languages, geology, botany, chemistry, and biochemistry when he travels to European vineyards to select wines for his clients.

Johnson spent part of his childhood in England, the beginnings of an affinity for the European way of life and for fine wine. He studied history at Rutgers University, then proceeded to UMass Amherst for graduate work in Modern European history. Already an oenophile, he wrote a wine column for the Collegian until his editor advised him, “Around here we turn on to other things.” His Amherst memories include finding a $15 Haut-Brion that today would fetch about $1,500 in a shop near the Lord Jeffrey Inn and making “pretty bad” wine from Concord grapes.

Self-taught, with a perceptive palate, before long Johnson was working as a wine writer, and in 1977 he wrote the Professional Wine Reference (Beverage Media Group, Inc.), now in its fifth printing. Purse-sized book in hand, you can learn that mousseux is French for frothy or get a primer in the cold soak winemaking technique.

After writing about wine, Johnson proceeded to work for several importers. In 2004, he struck out on his own and sells to restaurants, clubs, and retailers near his New York City home. He calls himself a contrarian, seeking undervalued yet classic wines from classic areas while avoiding trends favored by “punk sommeliers” who lack encyclopedic knowledge of wines.

Johnson believes wine makes everything better. When you follow his lead and sip the St. Nicolas de Bourgueil after raspberry coulis and discover the wine’s berry tones, the wine merchant has sold you.