Images of Dark & Delicious with Comments From the Crew: Praise and Suggestions 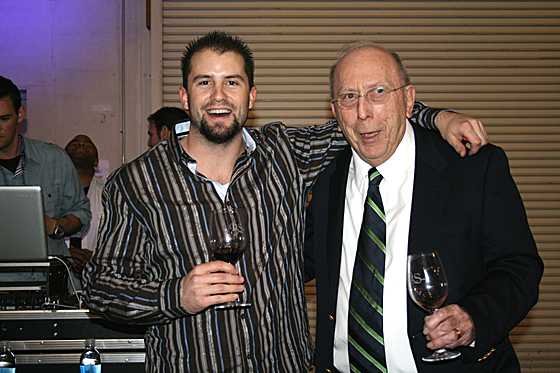 There is no particular order and no captions for the following images. They’re just the best of the best that I shot.

It’s the suggestions that make Dark & Delicious each subsequent year, so you’ll see them here as positive feedback. 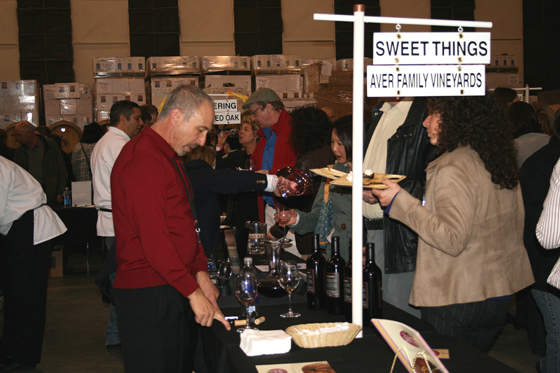 This is a blog entry to let others do the talking. I’m going to upload some of the images I took. I asked my vintners, foodies, and volunteers to provide the content. I believe that my opinions mean nothing, as compared to what others have to say. I only expedited the night, and have no other perspective, save keeping the lamp lights burning… 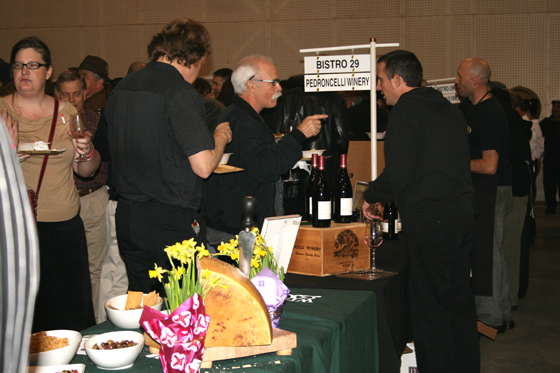 The following came in as unsolicited, and very valuable.

John Aver, Aver Family Vineyards: Last night was fabulous. We had so much fun, thank you both (Jo and Jose) for all the energy you put into putting on such a great event. We can’t wait for next year’s! 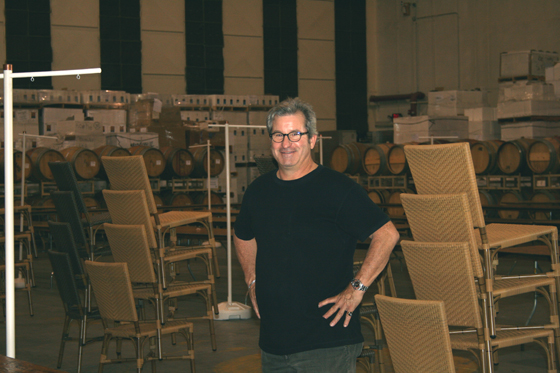 Pamela Meador, Super Volunteer – two days:  Had a wonderful time – both Thursday and Friday. It was nice meeting you, your group and your family. I hope “The Painting” found a good home. I took some video for John Aver – I went around asking people and vendors if they were Dark and Delicious. Can’t comment on the quality of the Video but I had a good time doing it. Look forward to next year. 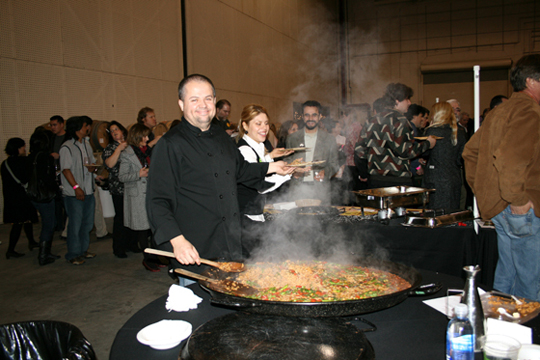 Ray & Trish Hein, Great Volunteers: Thanks so much for allowing both Trish and me to participate and volunteer at the D&D event. We thoroughly enjoyed ourselves and would like to be considered again next year.

[We did have a hotel with blocked rooms, but time ran out for posting. It was sent via Email to all the vendors, but will extend to consumers next year.] 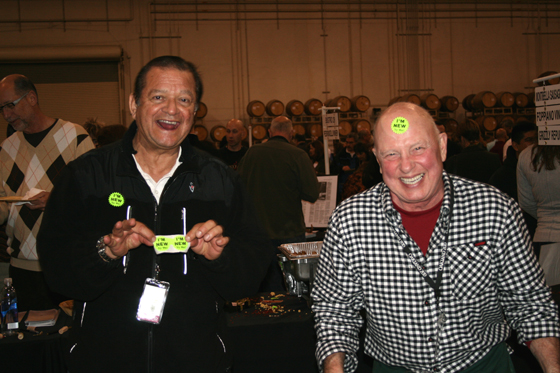 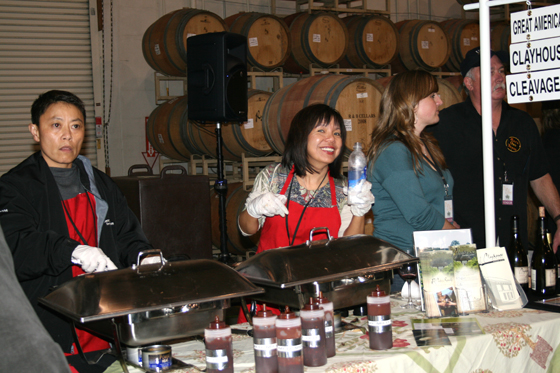 Lisa Lavagetto, Chef Ambassador, Ramekins Culinary School: Thank you so much for including us in your wonderful event. We had such fun and met so many wonderful people, and tasted some great food and wine. I think our praline bars went over well as we gave out 750 bars by 8:40! Once again, we loved being a part of your event! 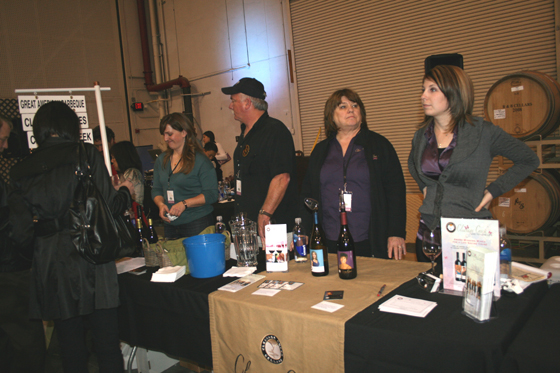 Aileen Casanave, Esq, Volunteer Extraordinaire: Each winery was very informative and the representatives from the food and wineries seemed to be having just as much fun as the guests!! The mixture of food and dessert was very balanced. The match of wineries to food vendors was on spot. I don’t think anyone ran out of food and the pouring continued until the very end. Everyone I talked to had an absolutely fabulous time! 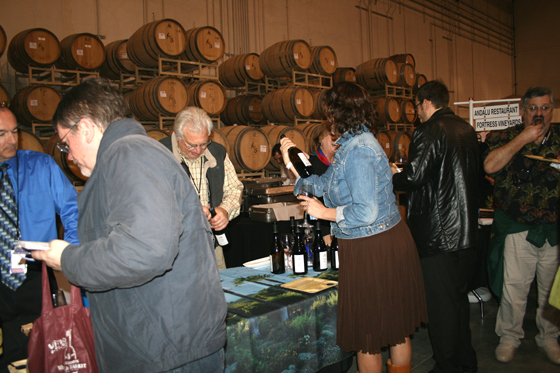 Harry Stewart, Great American Barbecue: We would like to extend a hearty thanks for inviting us to this year’s Dark and Delicious event. Response to our offering was very spirited and lively. Many party goers sought us out after hearing about us from other attendees. In addition many with vendor badges lined up for a taste. Such a great variety of food and wines had me giddy strolling around and sampling all that I could. Hopefully we can be involved next year or at any other similar event. Its not often while vending an event can you enjoy the event as much as the attendees, that was the case with Dark and Delicious. A job well done and well received on all levels. 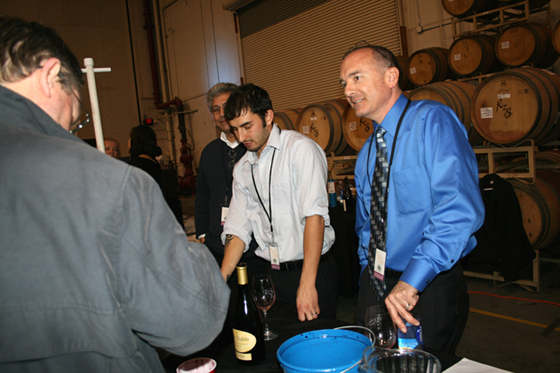 These are a result of my query.

Jon Brown, Pedroncelli Winery: Great event! Brian, from our partner restaurant Bistro 29, and I had a blast. People enjoyed the fact that Pedroncelli Petite Sirah was incorporated into the food dish we served. I know that the incorporation wasn’t the theme necessarily, but everyone did seem to appreciate it. My only suggestion is to have other plastic utensils (i.e., forks) for dishes that require a little more attention. Also, maybe small paper plates or bowls for saucier dishes. Thanks for all your hard work. Looking forward to attending next year! 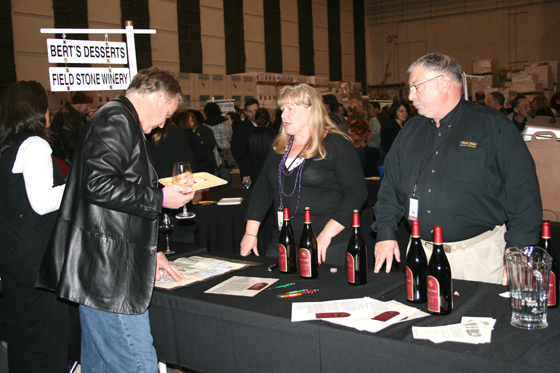 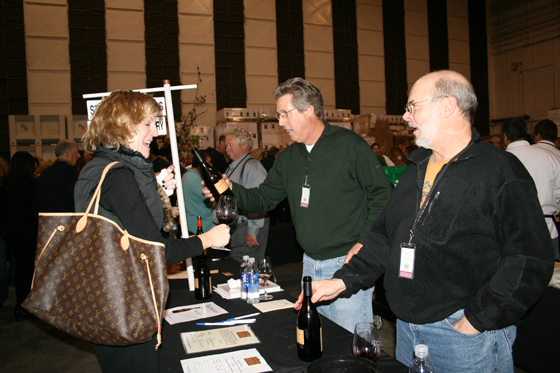 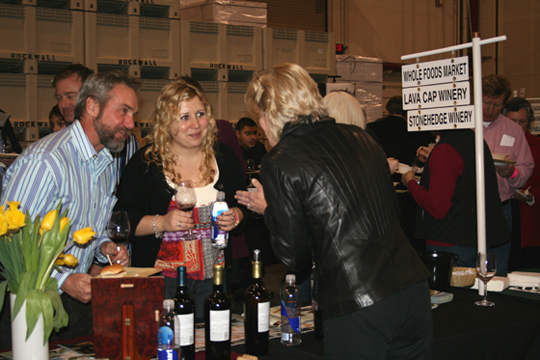