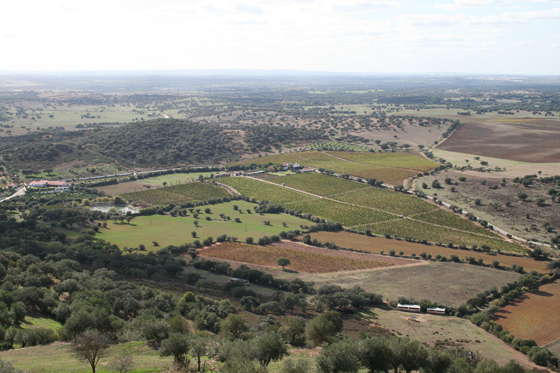 The history of Portugal is richly fascinating, and even more amazing when you visit and see it firsthand. Being there allowed me to experience and touch its ancient past, while exploring the immensely popular and emerging wine region of the world today… the Alentejo.

I’m not going to ask you to take only my word for what’s happening in the Alentejo. I’m going to reference world wine experts, whom I greatly admire and respect for their opinions. The following are a few quotes that I’ve begun collecting, as I begin my journey of Alentejo exploration.

So many aspects of Portugal and the Alentejo still have me wondering in absolute amazement.

One aspect that I’m sharing today is that water in the Alentejo is precious and rare. For the farmers, it’s mostly dry farming, with very little irrigation. Water is one of their – like all other places on planet earth – important quality of living standard, which allows this center of the Alentejo to exist. This blog story is about how water has been brought to the city of Évora for the last nearly 500 years.

Understand that if it has to do with Europe, there’s going to be a lot more history attached to it than anything we could even begin to imagine in our short-lived, American history books, by any comparison. 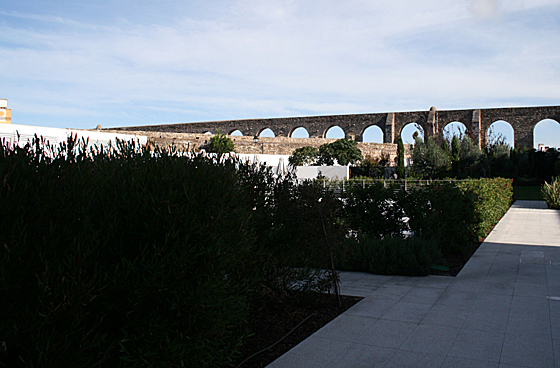 Their water coming into the Alentejo city of Évora is delivered through a very imposing aqueduct system, which – when I first saw it – just blew my mind. It’s so tall, I can only estimate its height, because so far I’ve not found any concrete facts and figures on its height dimensions. It may be perhaps between 50 to 70 feet tall. This aqueduct is called the Água de Prata Aqueduct; Translated ~ the Aqueduct of Silver Water.

I immediately began to imagine construction, and wondered how – about 500 years ago – did workers get all these stones cemented into place? And, what was the cement they mixed together that has had such staying power? I don’t know much about cement, but I’m sure these industrious people knew which earthly elements, when combined, created a new kind of rock that was as immovable and final as this water delivery system. 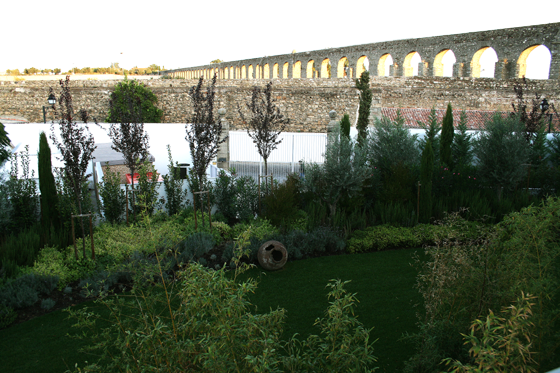 In this image, there are many important layers that are worth pointing out, so you can judge the size of the aqueduct in the distance that you’re seeing:

Designed by Francisco de Arruda, the aqueduct’s length is approximately 12 miles, and it carries water on high arches crossing valleys and lowlands. Emanating from the spring of Graça do Divor, it travels to the interior of Évora. Constructed between 1531-1537, the aqueduct became necessary in order to bring clean water to Évora.

Why bring water to a place so far away from Lisbon, the capital?  Because during the reign of King D. João III, ruling between 1521-1557, Évora was the country’s second city for the court… A get-away location (then as now) in a dry area, that has tremendous flora and fauna. Imagine a court without the best and most pure water during those visits; now you begin to get it. 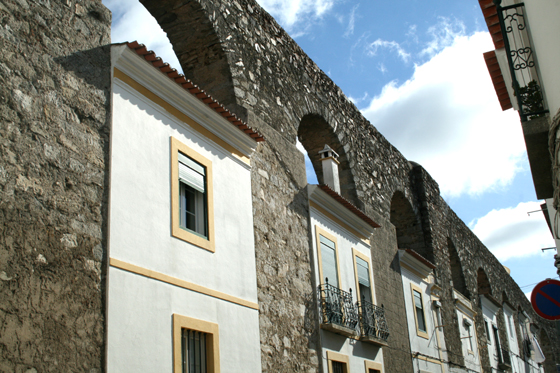 Today, at the end of the aqueduct on Rua do Cano, this neighborhood in Évora is a self-contained village. It has homes, shops, and cafés, with some of these buildings being built right into these seemingly perfect arches. Just imagine having an inside wall of your house, built during the Renaissance and is now 473 years old. You are charged with dusting your portion everyday. I wondered how many people would also just take that for granted, when I stood in awe of the implications. In the image above, the aqueduct is in a descending construct, as it prepares to come to the end of its journey, and deliver water to this community in Évora. I did get to see where it ended, but I didn’t have time to photograph it, as we drove by on our way into Alentejo’s wine regions for the day.

The most important hydraulic structure constructed in Portugal during the 16th century, it amazingly still fulfills its function today, by contributing to the city’s water supply.

There have been many conservation efforts over the years, but they weren’t always sufficient enough to ensure a regular, appropriate water supply.  This situation was finally resolved with a reform effort, initiated in 1873. This new development gave the Aqueduct its current appearance between S. Bento de Cástris and Metrogos. The Aqueduct still adequately fulfills its function now, nearly 500 years later.

Classified as a National Monument in 1910, the Aqueduct is an imperial structure that’s approximately 12 miles long. It emanates from the spring of Divor, and travels to the interior of Évora. Of this total distance, the green path, which has currently been created, presents the essential of the 16th and 19th century construction works. This portion is about five miles long, between the Convent of Cartuxa and the road of Arcos do Divor.

The aqueduct is still one of the most important symbols of the golden period of Évora, and has the most important function of bringing water to a place that experiences 100+ degree Fahrenheit days in the summer. Water being delivered is a precious commodity, and is a major key to the success of the Alentejo wine grape growing region, where it’s pretty scarce in the summers, and dry farming is mostly the norm… Hence, fabulous flavors for their grapes.