Amphoras Place in the History of Winemaking, As Seen in Alentejo, Portugal 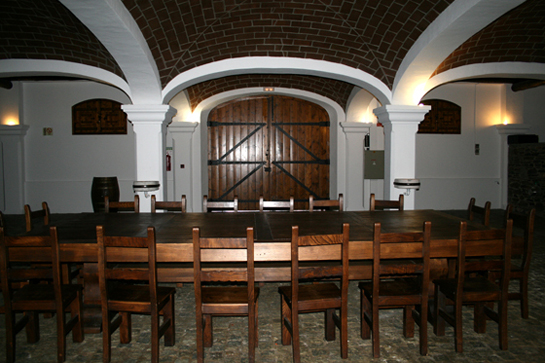 As I’ve earlier written, To Understand Portuguese Wines, One Must First Understand the People.

This continues to be my mantra today, to which I would add the word “history” to what must also be understood. I can now say this, most especially after having spent 10 days in Portugal last fall with Delfim Costa of Enoforum Wines. This has become abundantly clear to me.

In world history, Portugal was invaded by the Romans, who left so many artifacts behind that one can’t escape their presence, anywhere in the country.

One of those artifacts that captured my imagination is the amphora. 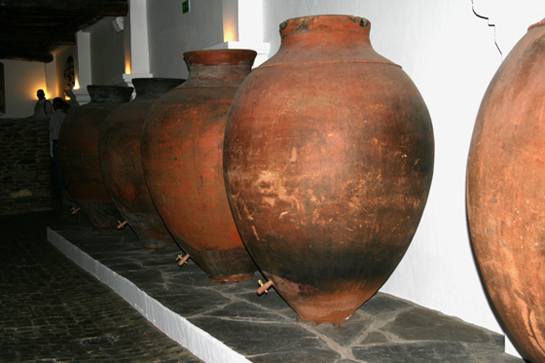 When visiting Carmim Winery, winemaker Rui Veladas took us into the large dining room (above), where guests are entertained in very grand style. Lining the wall, which is opposite the doorway, were large amphoras left behind from the days of Roman captivity.

In the US and other new world countries, seeing an original Roman amphora is going to be a very rare occurrence. In Europe, however, this is going to be a bit more matter-of-fact. These artifacts have existed in these countries since the Romans first arrived. Julius Caesar marched his 30,000 soldiers up the Tagus. This is a major river, found at the port of Lisbon and the Atlantic Ocean, the river which also separates Portugal and Spain). Once Portugal was captured by Julius Caesar and his army [Julius is seen above in the image, with the halo he’s finally negotiated], today’s Portugal was then called “Lusitania.” This was an ancient Roman province, which included approximately all of modern Portugal south of the Douro River, as well as part of modern Spain. 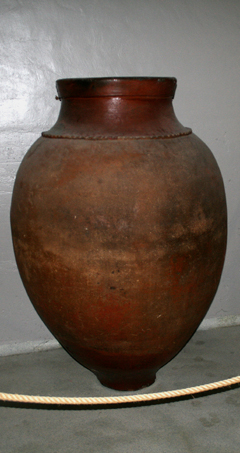 Caesar didn’t go to Portugal to spread Roman culture. He went there to loot and plunder, as he was a poor man. He sent a fleet northward to what we know as the Douro region. “Douro” is Portuguese for gold, and the river was glimmering with it. His plundering allowed him to go back to Rome and buy his way into Roman politics. This is what cemented his position in the world as a leader. (Money writes history, as we all know.)

The Romans stayed a long time in Portugal, leaving behind a lot of architecture, culture, foods, wine, and artifacts… including these gorgeous amphoras.

I can’t even begin to tell you what seeing these huge vessels was like for me. Imagine, though, a clay vessel that is 2,000 years old, against our 70-80 years in time that we humans spend on this planet. You have to be quietly filled with awe in that process… At least, I was.

Then José Fonseca, the winemaker for Enoforum (who was touring with us) told me about these amphoras.

It’s this information that became the impetus for this blog entry, because it was so historically fascinating.

The Romans, in order to seal off these amphoras, used a thick layer of olive oil at the top after filling the vessels with wine. As the wine was released from the bottom, for their enjoyment, the layer at the top would spread outward. As it did that, it would continue to cover the top of the amphora, keeping all oxygen out. (Hence, the need for a “thick” layer of olive oil.)

Yes, I would imagine that with one of these wines, a wine writer of the time (humor) as s/he would be discussing the nuances of its flavors, would be able to capture and record more than a hint of olive oil.

And, yes, these wines didn’t oxidize… That being the most important reason and finding of the Romans about these wines being placed in amphoras. A seal of olive oil against oxygen kept wines much longer. It should come as no surprise, then, that an olive tree grove and a vineyard are still placed side-by-side today.

Also interesting to note, for those not in either business (grape or olive tree growing), first Mother Nature ripens grape vines. Then, the next harvest delivered by Mother Nature, is olive trees. While wine was fermenting, what the amphoras would be sealed with was being brought in for production… Then becoming the sealing material of the vinous fruit in these large vessels. 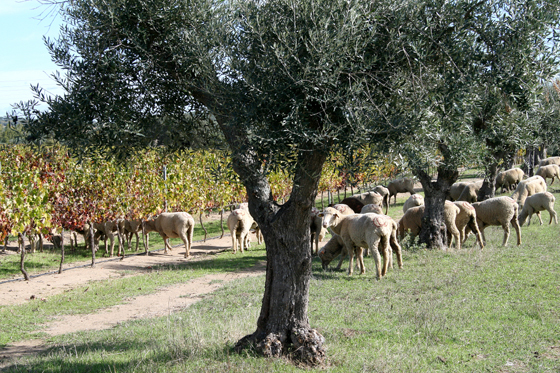