As a former radio broadcaster, I was first introduced to the power of electronic media in the 1980s.

I was working at WBLM in Portland, Maine. One of my duties was to produce and moderate a community issues talk program, called the “Public Ear.” It aired every Sunday morning at 6:00 a.m, which was why I wanted to pre tape it and not do it live. This program helped to meet Federal Communications Commission (FCC) requirements for serving the public. Licenses are given by the FCC to radio stations. In the 1980s, licenses had to be renewed once every seven years. How it was renewed was by proving that the station had been serving the public good, and I was WBLM’s public servant for 11 years. Part of my job was producing programs that served the public. My other production was called “Modern Health.” It was one minute, pre-recorded tidbits that made people think about what they were doing with their bodies; e.g., advocating for seat belts before they were mandatory.

Along comes the Internet, and we now have many more options available to us as marketers, and the early adopters – like in all things – will reap the most benefits.

[Notice the screen and the content on the screen. It’s Twitter in real time. As we attended the European Wine Bloggers Conference and Tweeted what was going on, attendees also were able to watch the activity. This, of course, encouraged the wine bloggers to use this tool for broadcasting what we were doing.] 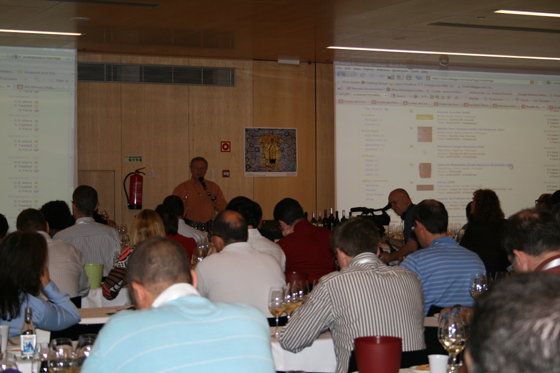 I’ve personally experienced the power of Twitter with a few classic examples:

My Portuguese client Enoforum Wines had signed up for the Conference, and they also made it possible for Gwendolyn Alley (winner of the contest to travel with me to Portugal) and me to attend. While at the conference, I was having Internet connectivity problems. The hotel we were in wasn’t capable of handling over 100 people all wanting to be online at the same time. (Not many are, regardless of the country.) Getting on-line was a subset of the conference each day. Frustrated with this circumstance and wanting to share with the world what was going on was my motive. I’m a marketer, so I went there to begin my marketing of being in Portugal.

I was left with my Blackberry, and it delivered. During “The Douro Boys” and the “Ports and Sherries” seminars I gave a play-by-play for each. It was received by the world, much the same way a televised or radio broadcast would have been. People in China and India, as well as the United States thanked me (on Twitter) for including them, and encouraged me to keep the flow coming. They attended through my tweets, and were very thankful.

I came away understanding three solid and immediate results: 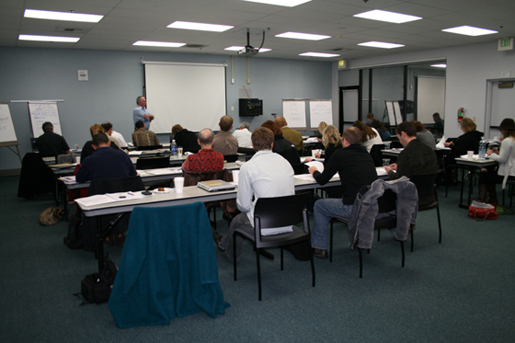 With Rusty Eddy of Clayhouse Wines as the annual instructor of this Extension class, about 30 wine companies attended his seminar this year, in order to better understand how to execute on their winery PR. Josh Capozzi (PinotBlogger), Steve Heimoff, and I were Rusty’s panel members. We all discussed PR in the wine business. This year’s emphasis was social media, and each of us has/had a unique perspective to share.

You need to know that Josh has yet to release his first vintage of Pinot Noir; however, when it is released, it’s already sold out. (Does anyone need anymore proof that social media really works?)

Steve Heimoff has given me his recollections of Josh’s discussion about his Pinot when it’s released, and I also remember it going this way… In all fairness, I need to add this information, with Steve’s permission for adding:

“re: Josh selling out of his Pinot Noir, if I remember correctly he said that enough people have signed up for his list so that, when he does release it, if they all buy it, he’ll be sold out. But that’s a big ‘if.'”

Regarding the seminar and Twitter, because I was Tweeting: 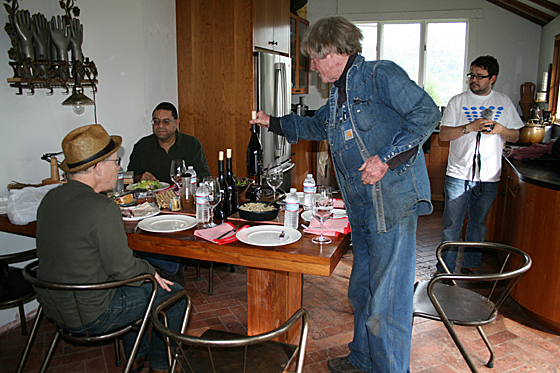 This event included Hardy Wallace of Dirty South Wine and Murphy Goode’s Very Goode Job fame, wine writer Steve Heimoff, and my marketing partner Jose Diaz. Hardy, Jose, and I all are in the wine marketing business, so we all completely understood the immense opportunity that we had with this wine making legend. For Sean, it was probably his first physical, virtual visit. For Steve, it was his first time seeing me mixing business with pleasure. He blogged about the experience after the fact (A Thoughtful Visit to the Far Marin Coast).

So has Hardy blogged about the day (From the Center Of The Edge: Wine-Maker Sean Thackrey).

My next blog entry will be about our day, too. So, Sean is the recipient of three blog stories and a lot of Twitter exposure. That day, Sean Thackrey fans came out of the woodwork, all wishing – openly – that they could have been with us. I even have to call Sean to ask him a fan’s question, which I’ll be including in my blog story, because it’s a great one…

@streamertyer ~ Generally interested in how Mr. Thackrey came to choose his astronomically related #wine names and is he an avid astronomer?

In Steve’s blog, he wrote about Hardy and my Twittering, as if he were thinking out loud. And he should, given that he’s not a marketer, but was watching marketers in action. I believe that this was his first time in such an intense Twitter environment. He admitted that he doesn’t quite get it, but then – he doesn’t need to. He’s not a wine marketer, nor does he need to be. He’s a wine writer. And, he has outlets for his work, like Wine Enthusiast, books that he’s penned, and his wine blog.

Hardy and I, on the other hand, are hired by others to bring their brands into the limelight. We do it with any vehicle sitting in the parking lot, which on this day was the Twitter Mobile.

Like all forms of innovation, the early adopters reap the most benefits, and are placed at the head of the pack. By the time the late adopters come on board, the early adopters are already in another train. There are boarding stations for out trains, and a few do jump into these shiny new trains headed to yet new unexplored territories, to their advantage.

We’ve only just begun this Twitter marketing journey, and I ain’t stoppin’ any time soon. I love to explore.

Do you have a Twitter marketing success story that you’d like to share? I just know some of you do. Let’s get a collection going, so Josh’s experience is just one great example.