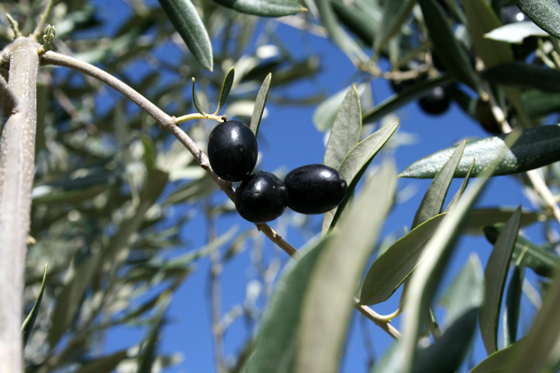 The Old World, brought to me gratis of Enoforum Wines…

My exposure to Portugal was a paradigm shift in so many ways. It helps that my DNA dates back to Europe, because it was a return to my roots, and recentered my origins. I’ve traced two forefathers to Scotland and England in the mid 1600s. One came over as a carpenter, landing in Salem, and was sadly there during the witch trials; while the other was sent over by King James and founded Boston. While Portugal is south of Scotland and England, it’s still part of the European continent. Interestingly for me, I never felt like an outsider… Funny how that happened.

This blog is about my exposure to olive groves. I had earlier exposure at Robert Mondavi Winery, while I was there as a wine educator. Along the walkways at Mondavi, there are olive trees. When I would be on tour with a group of people,  this would happen at least once a month. I’d say…

“And, these are olive trees, for those of you who might be wondering…”

Before I could even say, “But, make sure you don’t eat one… Oh, sorry… they’re bitter, aren’t they? But, now you can share that with everyone else that that’s true, right?”

About once a month, someone who was very inquisitive would always get ahead of me.

Now, being in the Alentejo, where cork trees and olive groves thrive, I witnessed harvest for the first time. 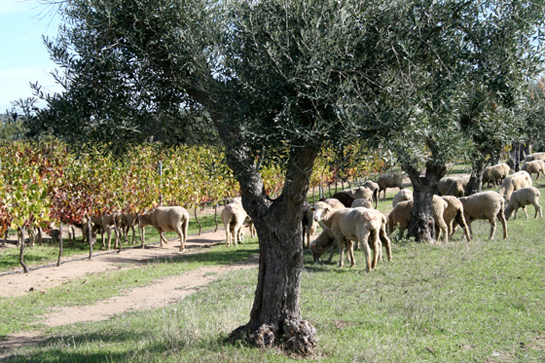 Winemaker Rui Veladas of Carmim Winery, based in the Évora District town of Reguengos de Monsaraz, had taken Gwendolyn Alley and me to tour his vineyards. As we entered the vineyard, we first passed their olive grove, then drove down to their vines. As we passed the rows of vines, I realized that each row had a couple – if not a few – grazing sheep in it… row-after-row. We got out to take pictures, then when we returned to where we had entered, we saw an entire flock of sheep. They were wandering everywhere. It was at this exact moment that I realized how still very beautifully basic and wholesome Portugal remains. I’ve never “returned to the earth,” because I’ve never left it. I was schooled in raising foods and animals by my grandmother, and I’ve given my children the same life. We eat well, so we can live well… We are what we eat and drink… Period.

I also once read that Portugal’s olive oil is so superior that Italy imports it, packs it in Italy, and puts “Packed in Italy” in small print on their labels, bottles, and cans. The story I read said that this usually means that it’s a Portuguese olive oil. I thrive to find the best foods for my family, so I actually look for these words when buying olive oils, if I can’t first find one from Portugal. (Oh, yeah!)

At the European Wine Bloggers Conference, I met Carrie Jorgensen. She’s a Californian who’s living in Portugal, and owns (with her family) Cortes de Cima Winery in the Alentejo. She, like Enoforum and Carmim wineries, also produces olive oils. While this is just emerging in the US, it’s just part and parcel of how it is working in the Alentejo region of Portugal. As Carrie and I were going back and forth on the Internet, she pointed me in the direction of a video her winery has produced of olive harvest. While in Carmim’s grove, it was lunch time, and the workers were on break from their pruning. Carrie’s short video of hand harvesting is a must see, if you have any curiosity at all about how olives are removed from the trees today. It’s fascinating, and this video is EXCELLENT.

Another version of harvest, done with a mechanical harvester has come from Quevedo Port Wine, another wine grape/olive grower in the Douro.

This picture below was taken during our visit to the Carmim vineyard and olive grove. The same nets used for harvest are also used to prune the olive trees, and that’s what was going on during our visit… pruning. Notice the chain saw and limbs on the ground. 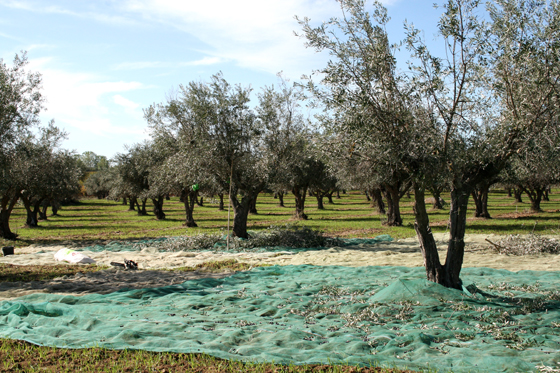