Weekly Holidaze Drawing: Just leave a comment on any wine-blog entry this month, to win gifts this December: 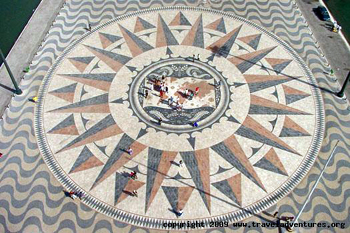 There is nothing like a new client coming into my business (Diaz Communications), especially since we’re a marketing and public relations company. This couldn’t be any better for reinvigorating my creative juices. I’m sure many other P.R. colleagues feel the same way. It’s especially true when the client hiring me already understands the potential of what marketing and P.R. will do for his or her company, without second guessing where it’s going. There are times when companies hire marketing people, but just aren’t ready for the commitment. After a short amount of time, the relationship fails, because hiring a P.R. and/or marketing consultant isn’t where the work ends for the client; it’s where it begins.

With a great, new client, there’s a whole, fresh exploratory learning curve ahead, with lots of new stories to research and write in unique and revitalized ways.

It helps immensely when my reset button also involves another country, never mind another AVA in my usual California portfolio. I’m talking Portugal, here…  And this year, my mission was to learn about Portuguese wines. To that end, I’ve begun a very adventurous and successful journey… And I just love it. 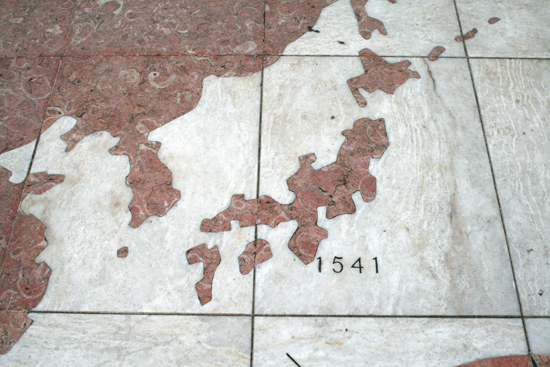 The above image is a closeup that shows the date (1541), when Henry the Navigator landed in Japan. On the “Around the World in 80 Clicks” street mural, as all places of discovery have a date for when Henry landed in that country on those shores. This is a marble tile pathway to the monument, by the way. In the image at the beginning of this blog entry, those little flecks that you see are people walking on these tiles, discovering for themselves the enormity of the world explorations and discoveries of that time. The global explorations are in the exact center of this mural.

Enoforum Wines understands that any learning curve needs to be supported in every way possible, which included this recent 10-day trip, where I had a rigorous schedule. My tour, along with blogger Gwendolyn Alley of the WinePredator and ArtPredator, included the following beyond Lisbon:

This relationship will bear fruit for everyone along the chain of command, including the importer that we will be securing in 2010. Throughout the new year, my new mission is to find an American importer who wants to receive the same benefits of joining forces with one of Portugal’s most progressive and well financed export companies, Enoforum Wines, with whom I have been fortunate enough to align forces. I’m going to be discussing this journey on Wine-Blog as it evolves, because wine-blog is my journal of experiences within the wine business.  I will be the telling of the strengths (as they reveal themselves), weaknesses (that I will find ways to strengthen), opportunities (in markets that hold promise), and threats (which I’ll be challenged to overcome.)

Whomever becomes the company or companies which sees this as a perfect partnering will have the following benefits: