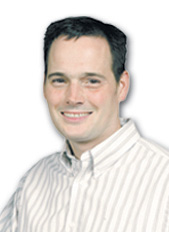 David Falchek has been on my radar screen for years. Only time has separated us from connecting. I remember once telling a wine publication editor that there are thousands of wine writers, and he was astounded. I’m not, because I’ve been building a data base since 1993, and it grows daily, especially with the advent of some really talented wine bloggers.

And, there sat David Falchek, until I made public my “Wine Writer” tab on this blog. I tweeted my blog posting for the day entitled, Wine Writers of Merit.

I noticed that David re-tweeted my Tweet about this new page existing. He playfully commented that you’ll never find him on that page, though.

There it was… the impetus to reach out., and the lesson of  “never-say-never.” (I loved it.)

When I contacted David, he apologized for his “Tweet Tease.” I told him that I wasn’t offended, because he’s been in my peripheral view for a very long time, and now’s the time to bring him into full view. It had been a long time coming.

I sent my Q&A to him, and asked if he’d like to be part of what I was doing.

He took time to answers my questions, and a few days later returned the Q&A, saying that he didn’t peek at the others, hoping that his would be good.

I wrote back to David:

This is excellent, and very much different from all my other writers. I believe that’s because writers, like wine, all have unique characteristics and diversified ways of entering the world, being cultivated, nurtured, and developed in ways that are specific to that person.

This is why I love keeping this one going. It’s always a blast to read the answers.

Thanks for your original Tweet comment. It just brought you from the background of my racing life right into the limelight.

[Q]  Many wine writers also have a day job. If wine isn’t your job, what is and for whom?

[A] My full-time job is a business reporter for a Times-Shamrock Communication, a newspaper headquartered in Scranton, Pennsylvania.

[Q] When did you start writing about wine?

[A] One of my first jobs out of journalism school in the early 1990s was in the Finger Lakes of New York. I covered the wine and grape industry from a general news perspective — employment, economic impact, and land development, things like that. The Cornell Agricultural Experiment Station and Constellation Brands were also major forces and employers in the region.

I often wrote about enological and viticulture research and new grape variety development at the station. I covered Constellation (then Canandaigua) Brand’s evolution from a jug wine producer to a diverse drinks giant.

Wine is part of the culture there and I became friends with many in the business. My introduction to wine was through the cellar, vineyard, and back office first, rather than a personal exploration of bottle after bottle.

Geneva, New York, was a great place to start writing about wine.

[Q]  What prompted you to start writing about wine

[A] I was reporting on the industry regularly and crossed paths with then Vineyard & Winery Management publisher Bill Moffett, as a source for a story. That magazine was born and had an office in Watkins Glen, N.Y. Turned out, he needed a contributor familiar with cool climate enology and viticulture and after some trepidation, I signed up. I started freelancing for other magazines, continued contributing regularly to V&WM and did a wine column for the Finger Lakes Times. When I moved to Scranton, I began a consumer-oriented column there, as well.

[Q] What aspect(s) of wine do you most enjoy covering?

[A] I started writing about technical and economic aspects of wine production and how they relate to quality. I’m still most interested in that nexus — probably the business reporter in me.

[Q] How has your job changed since you’ve started?

[A] Social networking has print work a much broader audience, although not a broader advertizing base.

In 2006, I didn’t see myself with a blog, for example. Now, I think a wine writer needs a blog to remain relevant.

I’m still skeptical, though, given the geometrical expansion of blogs. I find many are written by people with conflicts of interest, little background in writing, inexperienced palates, or all of the above.

I know my print column ends up in half a dozen newspapers and on 200,000 porches. When my blog launches, I wonder how long it will take to reach that many in cyber space?

[Q] What’s the most memorable wine you’ve ever tasted?

[A] Some other wine writers and I bumming around Bordeaux pooled our Euros and asked Carlos at L’Essential in St. Emilion for a killer wine.

Carlos’s presentation — unwrapping tissue from the bottle like it was an infant, quoting Parker’s “liquid Viagra” review verbatim, showing pictures of the garagiste aging barrels in his living room – made that bottle of 2001 Croix de Labrie, spectacular by itself, more memorable. Add spring time dusk in St. Emilion — well, you get the picture.

(I later learned the wine got some help from Michel Rolland.)

[A] Cabernet franc is versatile, controversial and relatively undiscovered. Over the last 20 years, I’ve watched those in the east try to figure out franc. Growers treated it as a stepchild, focusing their attention on other Bordeaux varieties. I’m encouraged that more are using central Loire as a model and embracing cabernet franc as a potential identity-grape.

Then there’s the whole “green” issue. Many cab francs, through no fault of the variety, end up being too green. But the cabernet archetype includes the crushed leaf / basil character.

[Q] Do you believe that there are better quality, lower priced wines today, than in past vintages?

[A] Absolutely. There are plenty of uninteresting wines, but very few flawed wines compared to 20 or 25 years ago. Judging national and international competitions, I’m increasingly surprised by the $10 – $14 wines, many mass-produced, that net golds. It’s a testimony to the expertise in the industry –in the vineyard and the cellar — and the support from academia.

It’s a great time to be a wine writer. There are so many quality wines of different styles and price points we can find and urge people to try.

[Q] What’s your favorite innovation in the wine industry over the past few years?

[A] I’m all for democratizing wine drinking. I’d like to see American wine consumption more like it is in Europe, Argentina, or Australia – where everyone drinks wine just about every day. Innovation quality and packaging have driven down the price of wine and made it more approachable for the masses. Domestic wine consumption is growing, but we still have a long way to go to dedramatize wine and make it a regular part of most people’s lives.

[A] I like gewürztraminer and Asian food – from two totally different cultures yet often so good together. A favorite take-out place recently changed ownership with unfortunate results. Also, I have to give a shout out to zinfandel and grilled meats.

[Q] What are your interests outside of the wine business?

[A] I spend my days in front of a computer or a flight of wines. I’ve forced myself to be handyman of sorts and I’m restoring an old home – gutting it, really.

After sitting on my behind, working with my hands is a welcome change of pace. Wiring, in particular, is kind of Zen.

[Q] Who inspires you (wine business or outside of it, doesn’t matter)?

[A] I know many people in the wine business with a lot of passion for making quality wine. They are working their arses off, sometimes nearly going broke, trying to give people something worthwhile in the bottle. Seeing that first hand helps me be more open to what a wine, any wine, is trying to say and do. At the same time, knowing the conscientious folks makes me more critical and circumspect when wines show evidence of cut corners, laurel resting, or lack of attention.

[Q] For what would you like to be remembered?

[A] When I’m going through God’s wine cellar, I’d like to have some wine drinkers saying “Remember that guy who used to write about wine for the newspaper? And do you remember newspapers? Well, that guy got me to drink wine.”

My most gratifying e-mails start with “I’ve never been much of wine drinker, but I read your column and picked up the ’07 Thus-And-Such.” Not enough Americans drink wine. In the last decade or so, I think the industry and wine writers have cultivated more of a messianic zeal to spread to the joys of wine and expand the base of wine drinkers.