This coming Labor Day at Rodney Strong Vineyards is the close-out of another summer season, while going out in rock n’roll, bluesy style, with Daryl Hall and John Oates as the pied pipers, presented by KJZY and Good Neighbor Pharmacy.

Doors open at 4:00 p.m., and the show will start soon thereafter. Parking is going to be at a premium that day, so I suggest showing up a bit early. The parking entrance is off Eastside Road.

How lucky am I that it’s almost in my backyard, at Rodney Strong Vineyards.

It’s also a time of reacquaintance for me. We all know that Hall & Oates have been touring for a while. During the ’80s, I was fortunate enough to be WBLM’s radio station publicist/photographer. Bands would tour with Portland, Maine, as one of their stops. This gave me a back stage pass with professional access. I gathered lots of images of really talented people, creating a portfolio of some real characters.  I occasionally drag it out, just for the fun of it, because it’s filled with so many great faces of a time that was fast living in the rock n’roll zone. 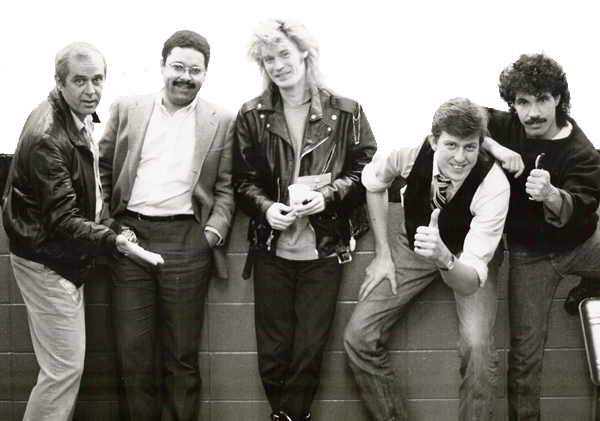 On Monday, September 7, I’ll be taking a detour back to when we all enjoyed Portland, Maine together, again enjoying those familiar songs that made Hall & Oates so famous, and are still a blast (can I still say “blast”?) to hear: ‘Do It For Love,’ ‘Rich Girl,’ ‘Kiss On My List,’ ‘Maneater,’ ‘Private Eyes,’ ‘I Can’t Go For That (No Can Do)’, ‘Sara Smile,’ ‘She’s Gone,’ and ‘One On One…’ ‘She’s Gone’… I’ll be waiting for that one…

Oh yeah, Baby, bring it on.

This year, Rodney Strong’s been celebrating its 50th Anniversary… Couple that with their concerts in partnership with Omega Events, and their 19th Annual Summer Concert Series is closing out in a really fun style. Breathtaking views of Russian River Valley surround the winery, while wine tasting, enjoying rock with soul… You get the picture. 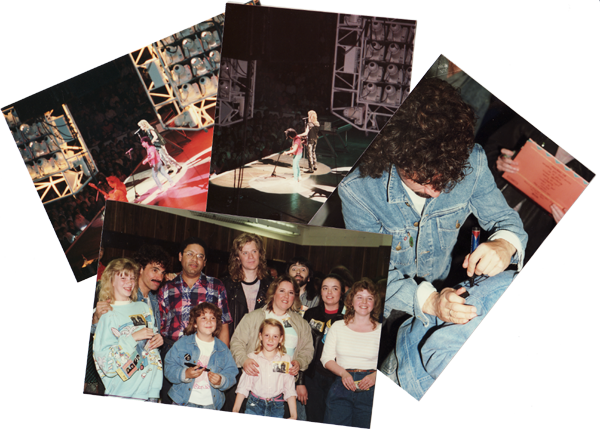 [Collage: John Oates is signing my daughter Lyla’s denim jacket – far right. Group shot has two of my three girls, Melanie on the far left with Lyla next to her. Tommy C of WBLM was also backstage with his wife and daughter – center – a couple of backstage winners. My kids did a lot of backstage visits, this being one in ’85, with a clean-shaven Jose Diaz, versus the image above.]

Do click here for more details and ticket purchases. See you all soon!