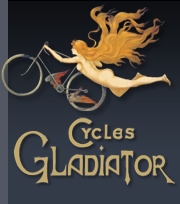 I have to admit that this story got away from me.

First, because this past week I was so deeply into preparing for the Petite Sirah Symposium that I hardly came up for air; and secondly, because it was just so ludicrous that I didn’t pay much attention to it. I didn’t until last night, that is, when my husband asked me what I thought of it… Namely, the cycles Gladiator wine that’s been banned in Alabama, because of its label.

I saw something about it on Steve Heimoff’s blog, but – again – I just skimmed it, because I didn’t see what all the brew-ha-ha was about, and I didn’t have time to digest it.

Honestly, Alabama is one of those red states, and I don’t pay much attention to the red states because they seem to be too far to the right most of the time, and I just don’t think that way.

I know I shouldn’t be talking politics, but I’ll let you in on something… I’m an Independent. I’m on the side of what seems most logical at the time, but lately the Republicans seem to have lost most logic for me… scare tactics et al.

When Bill Clinton had his office escapades with Monica, I was turned off. I mean really, “Just pay attention to the needs of the country,” is what I thought.

Then, along came George W. Bush, whose only real connection to blowing had to do with blowing up other people in other countries. So, I sorta leaned back toward the Democrats, because their escapades had to do with a lot less violent behavior, and honestly seemed to only impacted those involved, if kept out of the media’s eye.

So, back to Cycles Gladiator… A pretty artistic label, with very innocent buns flying mid air. National Geographic Magazine gives us a lot more body part visibility. I wonder if they’ve banned those books in “Bama?” Dorrance Goodwin and I used to love those magazines in the seventh and eighth grades.

In the the late 60s, my friend of mine said to me, “Album covers have the greatest art on them.” I hadn’t thought much about it before he said that to me. I had just taken it all for granted, but once Leon pointed that out, it was clearer than clear.

Along with that musical generation came a platform for visual artists, too. They created, and if it was exceptional it became a lead into the magic that was inside.

Today, the same holds true for a bottle of wine. And, if you’re just beginning to enjoy wine, you’re the most susceptible, because you’re not bogged down by what you know. You’re open to innovation… You can live the excitement, and you’ll also build a brand.

Packaging will either draw you in, or move you on down the isle to find exactly what you’re looking for. Before I understood (better than I do today) what was in the bottle, I was drawn to the label like a moth to a flame, bought the wine, and only then discovered what was inside. (Pretty exciting days.) This is a Millennial generation thing going on today, too. What goes around, comes around – again and again. 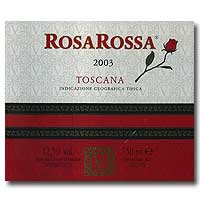 Here’s how wine marketing works, and it’s a personal story. I call it Wine Marketing 101, because it’s on such a basic level, completely proving my point about how we buy and what we buy… based on emotion.

Before living in California, I lived and worked for radio station WBLM-FM, in Portland, Maine. I was as far away from viticulture as possible, but I loved my weekend food and wine adventures with my husband. We had a favorite wine shop that I’d go to each Friday. I’d buy a bottle of wine, bring it home, and we’d enjoy it over the weekend.

Finally, after months of doing this, Jose said to me, “Alright! I’m going to buy the wine this Friday, because every time you buy a bottle of wine, it has some flower or plant on it” (like a Field Stone Sangiovese). I couldn’t argue. He was right. So, off he went to Audie’s Wine Shop, and he bought a bottle of Clos du Val Cabernet.

You know, that’s the label with the three graces on it… a.k.a. three naked ladies. Rest my case!

I suppose, after they read this in Alabama, they’ll remove Clos du Val from their wine shelves next. Sorry, Clos du Val.

What’s fascinating to me is this: They – the Alabamans -tried so hard to keep this bottle from anyone’s view that they’ve caused a huge amount of publicity about this bottle; so, all the people they were trying to protect from those innocent buns have had that image forever indelibly printed in our brains. Way to go!