Petite Sirah is David Fulton Winery’s staple variety and signature wine. With only a few hundred cases produced each year, this is a true gem made available to fans of the cultivar. Their picturesque, head trained vineyard is located just a four-block walk east from downtown St. Helena. The wine that unfolds from these old, dry farmed vines is, quite literally, a taste of Napa Valley history. If you peruse David Fulton’s Website, here’s what you’ll discover: 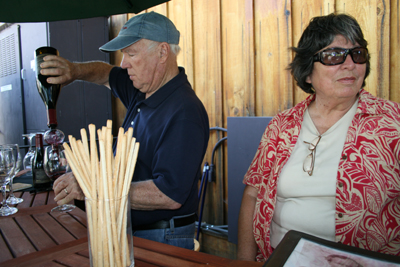 Fulton and Dink Mather on their deck with guests.

For Fulton and Dink Mather, October 1, 2004, marks the date for release of their 2001 Petite Sirah. It was the third such release since the start of reconstruction of their historic winery, but the first release of an estate bottling in 125 years.The Mathers wait a full three years before releasing their Petites. Full bodied, and with tannins managed from the vineyards, upon release the David Fulton Petites still deliver a powerfully delicious, while elegantly handcrafted wine.

On Friday, July 10, while visiting with PS I Love You members Fulton and Dink Mather, I learned about their annual harvest barbecue. It involves friends and extended family members who support them each year in the harvesting and processing of their Petite Sirah grapes. The Mathers have developed a unique event, and I definitely want to be part of that process. It’s very similar to the old barn raising days, when everyone in town came out to help one family create a home, except in this instance it’s to create another vintage of wine. 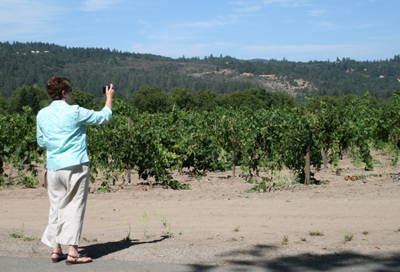 When it’s time for harvest, Dink puts out the word to a core group of people who have evolved over the years. About 30 family members and friends come from near and far to help Fulton and Dink bring in and sort through that season’s grapes… on one single day, each season.

For me, this is just a remarkable story. There are no hired hands, just the loving hands of people who want to be part of this special Petite being harvested, crushed, and pressed, all on a fall day in St. Helena. This is an extraordinary experience, unlike any others I’ve heard of in wine country.

I’m already planning to take lots of pictures, and will be sure to share on wine-blog with everyone picking and sorting grape clusters. In my 17 years of living and working in wine country – I’m finally going to be part of a process for which I’ve yearned, but haven’t slowed down long enough to enjoy. 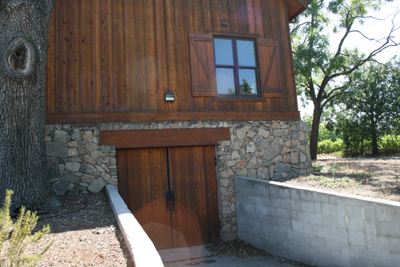 If you’re a history buff and/or a Petite fanatic, visiting David Fulton Winery is an amazing experience. This is a micro winery at its best, and it is found right in the heart of wine country in the tiny town of St. Helena. In this new incarnation of his life, Fulton has become a historian of all things St. Helena in Napa Valley. I’ve learned through my Napa Valley relationships with those who have been there for a long time, Fulton Mather and his family are greatly revered by the Napa intelligentsia, not only for their roots, but also for their integrity. The history and legacy of David Fulton winery is rich and long-lived by Napa standards. On their Website it begins…

“Originating from Vermont, David Fulton sailed out of New York aboard the INO and around the horn to arrive in San Francisco, July 12, 1852. A few weeks later he arrived in Napa Valley looking for work and a chance to make a good livelihood. At that time there were a mere seven homes in the northern part of the valley. Not succumbing to gold fever, he found work in the vineyards owned by the Edward Turner Bale family. He, together with Florentine Kellogg, drove wagons of grapes to Nevada City where they sold fruit to minors for 50 cents a pound. Besides viticulture Fulton had other endeavors: businessman, benefactor, trustee, inventor and town visionary.” 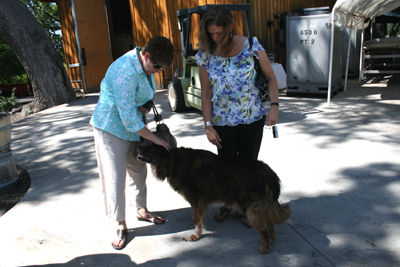 In order to understand how Fulton Mather is operating today’s David Fulton Winery, I created this family tree, so you, too, can better visualize the intricacies of this family rich with history, with a business that’s been handed down from one generation to the next. Today, Ed Beard Jr., (5th generation) oversees the general care of the Fulton Vineyard, and he, together with his wife Anna, own and operate Beard Ranches. The vineyard and winery is owned and managed today by the husband and wife team of Fulton (4th generation) and Dink (Erma) Mather. A great grandson of David Fulton, Mr. Mather recently retired as a managing software engineer. Dink is a retired toxic substances scientist. Assisting Dink and Fulton are their son Richard Mather (5th generation), winemaker at the winery, and their daughter Jennifer Mather (5th generation), who assists with sales and promotion. 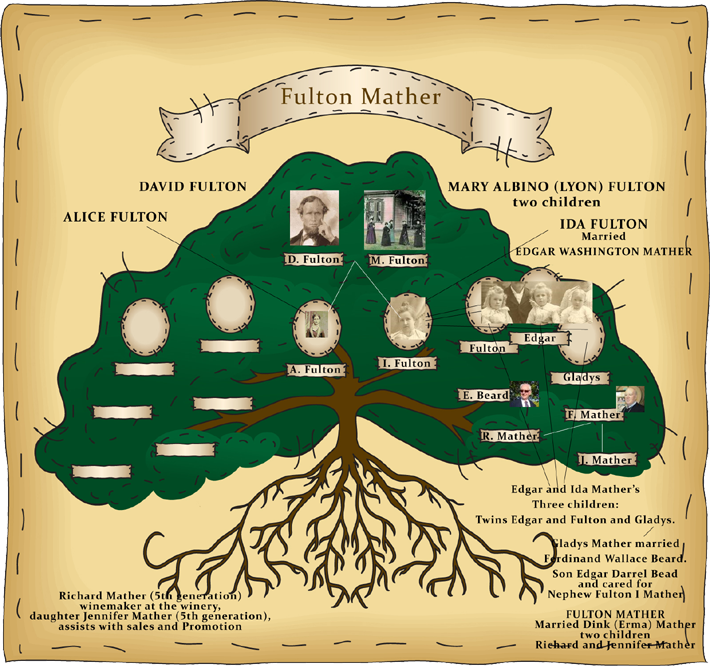