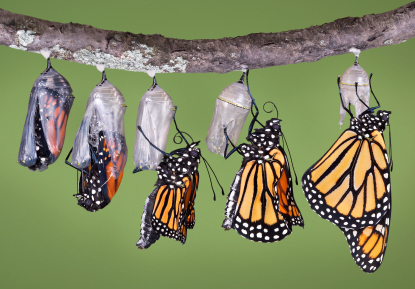 Here’s a comment that I received in response to my Wine Spectator blog, which came from the Open Wine Consortium Website. It was asked by Ron McFarland of New Zealand Foods, and is a look with predictions into the future of advertising. Time will tell if any of this makes sense or not.

You are pretty dialed in and a great thinker. What we do not [know] is … are we just in a hiccup phase or descending into a new valley with a totally different landscape and a new sense of purpose?

Maybe traditional advertising will be meaningful and have the expected impact or maybe not.

When I’m asked a question, it really brings out the thoughts that I’ve yet to articulate, but have been swirling around in my head. They’re not yet totally shaped, but when asked about something that I’ve been pondering, I find some answers as I get more involved in the process.

In Ron’s question to me, I found some more clearer insights as I wrote the following:

Sixteen years in one business gives a person insights, only because of the myriad of experiences, including lots of growing pains along the way, glass ceilings et al. That’s the “dialed in” part.

Some might argue with the “great thinker” concept, but I thank you for your favorable opinion…. versus my being flat out opinionated. (I do welcome a good debate, and my mind can be changed with more clear thinking and reasoning of others.)

We’re in much more than a hiccup phase. We’re in what I’ve come to realize is an electronic communications revolution. And, because we’re in the eye of the storm we don’t even see the complete turmoil that we’re in; however, we have a few glimpses.

When the dust settles, we’ll be in a completely new valley, as you suggest. One thing we must remember is that the wheels of progress do turn very slowly, regardless of how swiftly this cyclone is spinning. Although it’s accelerated by the Internet, it’s still remains a metamorphosis process, and you just can’t coax a butterfly out of its pupa until it’s darn good and ready.

Print media, by sheer “green” standards, must fall away as we come to realize that we need trees for their oxygen giving value. There’s a concept I’ve not yet seen in print, but maybe I’ve just not been looking in the right places. Does print media even grasp that maybe some of their readership has fallen off because what we can get on the Internet eliminates a forest of trees being cut down? (There are a few of us so devoted.)

I can’t pull myself away from books, yet, however. There’s something magical about curling up with a good book and just absorbing while holding it. Books, too, are now becoming available on the Internet, and will eventually be collectors items, simply because they aren’t physical anymore.

Traditional advertising will be segueing to the Internet in a more valued way, which means that advertisers will be willing to pay more, as the print options disappear. We see it now most broadly being used where it’s always existed… any media source.

On-line newspapers… check that… new name… not newsPAPERS, but newsDAILIES.

The dollars being turned over, however, aren’t anywhere near what they were in print, so only those with existing reserves will survive this tumultuous ride. This has been exacerbated by the Bernie Madoffs of the world… Enron types, Wall Street, and banking execs who greedily took more than a reasonable share of money for compensation of their bad behavior. (Thank God for karma, because they’re now forced to live with themselves.)

I see wine bloggers as the next generation of wine writers to emerge, and while they may not make money for their blogging, the new newsDAILIES that emerge will be willing to compensate them for their stories… eventually… perhaps pay a fee for aggregating? But, will that pay the rent? Not at first.