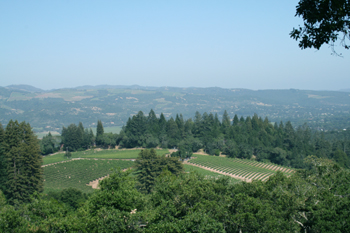 Valley of the Moon

It was a perfect Sonoma Valley of the Moon evening, as Bill and Gerry Brinton’s guests arrived. Jose and I were in the group last night… Everyone was eager to learn more about this important segment of food and wine, that was going be delivered in perfect union by cheese expert Laura Martinez.

I first met the Brintons in 2002. What struck me about them then remains steadfastly true to this day; they’re an absolutely charming couple, for which only the best will do… And it’s all done with an understated style and grace, which just seems to naturally flow from both of them. It was good to see them as old friends, again. I think it had been a couple of years. 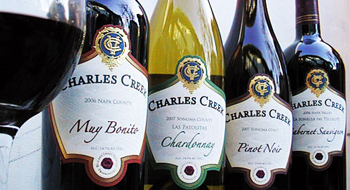 The first wine release that the Brintons had, when I first met them, was their 2001 Charles Creek Miradero Merlot. Within a week of meeting them, that wine took a gold medal and Best of Class at the Sonoma County Harvest Fair, and I remember thinking, “Oh dear, where do they go from here?” I know that this kind of consistency doesn’t come easily. Well, it does when someone constantly meets all the high quality standards that he or she puts upon him or herself. And, the Brintons meet the standards as just a matter of fact, and the medals and high scores just continue. 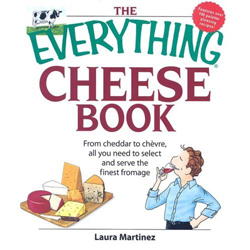 When they first began, the Brintons hired Kerry Damskey. Imagine what will happen when a wine maker’s told, “I only want to put the best wine in my bottles that’s humanly possible.” Now, I wasn’t a fly on the wall for that conversation, but knowing the Brintons for these last seven years, I can easily imagine what was said between Bill and Kerry. It’s also to their credit that Kerry has remained with them over the years, because they gave Kerry all the tools he’d need to refine his craft into seriously awarded wines (which he also does for others of the same caliber)… Not holding back for the sake of cutting corners, not trying to find the grapes being offered by others at some reduced rate.

Remember, I did say that the Brintons have a lot of style. As demanding as Bill is on himself, that same exactitude is placed on all aspects of his life, and he consequently does what my mom used to say to me all the time… Cream rises to the top. For Gerry, it’s the same, except that she’s more naturally the softer, more feminine side of this high achieving couple. 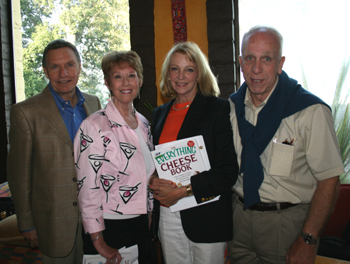 For the event, they had taken a cheese class with Laura Martinez, who has recently authored The Everything Cheese Book: From Cheddar to Chevre, All You Need to Select and Serve the Finest Fromage. Her Website is called The Artisan Palate. This is a site that offers a lot of information about Laura, her passion… all things cheese… and what’s going on in her life.

In another blog posting, I’ll talk about the wine and cheese pairings that were offered, because it’s a story unto itself. In this story,  I’m going to share some fascinating facts that I learned about cheese in general, that will forever change the way I think about it. No doubt, her book has even more details that will pique your palate’s curiosity. 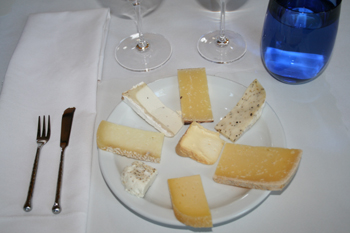 If you have anyone in your area that can offer this kind of course for you and your friends, don’t hesitate to make the call. If you live in Northern California wine country, give Laura a call. Her website is The Artisan Palate.

The following are nuggets of knowledge about cheese, which were for me new realizations. Perhaps you’ll find  few new things about cheese that you’ve never known, too, which might enhance your experience with cheese (and wine) a bit more. 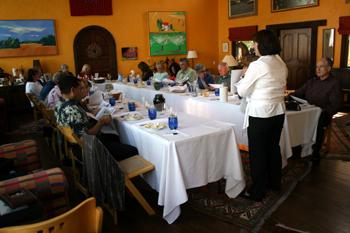 Laura has a wonderful story of how she became a cheese advocate. Having gone to college to learn about becoming an excellent writer, and then reviewing all that she had written in that process, she realized that it all involved food. From there, she decided to build a career in that field. She began working at the Pasta Shop in Berkeley, and fell in love with working at the cheese counter. She decided to write her book about cheese, so people could approach the cheese counter with confidence. She also noted that we have a cheese revolution going on in California, because California offers lots for cheese making, just as wine making offers a broad palate in this area. 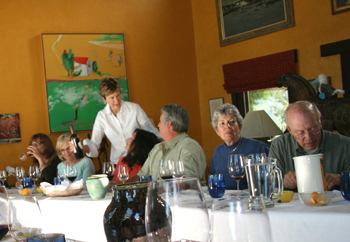 She noted that there aren’t many places in the world where this can be done in this way. For cheese lovers who live in this area, we’re most fortunate. According to Laura, most of these cheeses didn’t exist five years ago. There are about 40 artisan cheese makers in this area contributing to this phenomenon, with many indigenous to these locals. Monterey Jack cheese, for instance is a classic example of cheese being from a specific place. 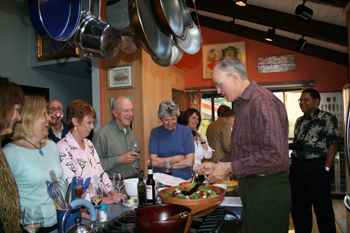 I once set up a cheese tour for some chefs from Disney. When I told them if they were ever coming to wine country, I’d be happy to set up a tour, I was thinking wine. When they said, “Cheese,” I went into overdrive, as I hadn’t been thinking this way, ever, not living that passion. That said, I’m now more aware than ever that we’re living in the land of milk and honey, wine and cheese.

A class of this kind is an eye opener, and it’s to Bill and Gerry Brinton’s credit that they held this tasting for their friends and fans. It was so much more than a wine tasting, so much more than a wine maker’s dinner. They had the foresight to share their own learnings with others. While their wines were gorgeous with each cheese, they placed an important spotlight on Laura Martinez and their guest… a continued class act.

I’m going to share the wines and cheeses next, so you can experience the intricacies of this tasting, after having a background to help you know how it all came together. 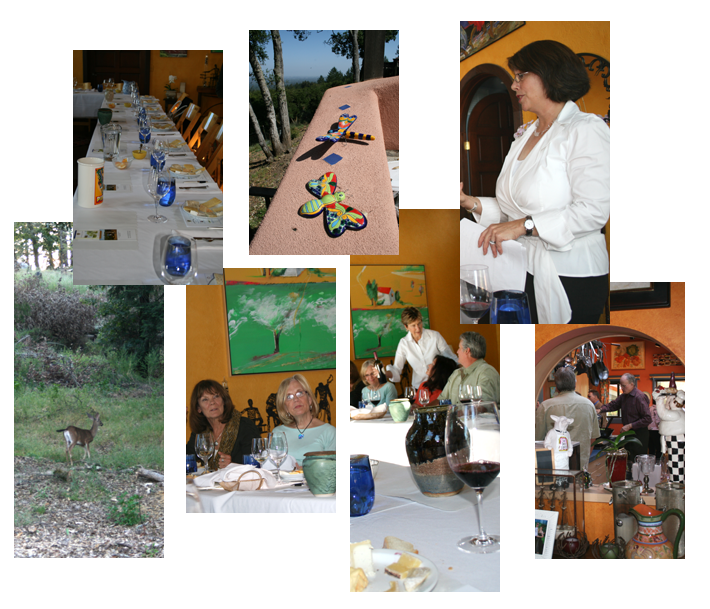 The evening ended with photographing this deer as we drove away from this special gathering.