I think it’s very clever that Sgt. Sassafras of Las Flores View Point Squirrel Colony (Camp Pendleton, CA), who has given out the Wine Squirrel Awards has noted ~ in his award ~ what wine bloggers have all been quietly asking themselves, “Who is that masked man, anyway?” (i.e., Most Prodigious Anonymous Blog Commenter: Morton Leslie)

As you dig around Sgt. Sassafras’s Website, you’ll find that this person is not a wine blogger, but just having a great time taking pictures of squirrels, hummingbirds, and seems to be a US Marine. The banner at the top reads, “Support Our Troops,” and this soldier is intent on squirrels, but also is a reader of wine blogs; otherwise, this soldier wouldn’t have the wine blogging world so hilariously lampooned. 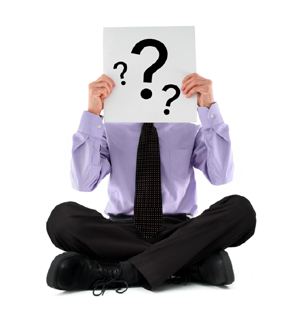 Back to Morton Leslie… He’s definitely a crusader of  truth in the wine business, is quick on the draw of anything that might be a smidgin incorrect in his collective consciousness, and his opinions are very strong… nothing left to the spineless in what’s posted as opinions/comments.

I started to dig around to see what I could figure out about Morton Leslie, the “Crusader of Truth in Winemaking and Viticulture:”

On Open Wine Consortium: Morton Leslie describes himself as a “wine curmudgeon.”

On Wine Sooth: We learned that Morton Leslie is married and a lot more.

“John, I am a malcontent, unshaven, and caffeine laden, but I never blog in my underwear. Three decades ago my wife and i were staying at the Kona Village.”  There you go, Morton is a guy and is married…

From Eric Asmiov’s The Pour: It’s Not the Heat, It’s the Cupidity

“It is amazing that we happen to live in a perfect time in the earth’s history climate wise, anything higher or lower being a disaster for mankind and wine. Though, in the Napa Valley we have not yet forgotten the 2000 vintage nor 1998.” He remembers the weather – the way all winemakers and vit people do, and is living in Napa Valley (which is also found on Open Wine Consortium.)

We have to give him props for knowing more obscure grape varieties (versus the mainstream). “I have seen at least three different grape varieties that growers call Charbono. If you can trace the lineage back to John Daniel, then you’ve got the right one. Most growers can’t.””

From Reign of Terroir: Biochar Is Our Only Hope, Says James Lovelock

He thinks green, and not in any basic form… Hum, scientific mind. “If we really want to sequester we need to think big. Where did we get all those fossil fuels in the first place? Can we deposit them as fast or faster than we use them? The oceans cover most of the planet and hold most of the CO2. Phytoplankton gave us fossil fuels and some think historical climate change…so why not encourage plankton?”

From Dr. Vino: New Sugar Free Wine – have your say

“Since when are artificial sweeteners on the ATF’s list of approved additives to wine? I would like to see the wine’s label. Whether or not it is a legal additive, this vintner is really helping make the case for ingredient labeling on wine.” He’s a winemaker, Boys and Girls.

From Steve Heimoff: Massive wine competitions are O.K., but there are problems

“… palate fatigue brings you something to crow about. You got nothing to lose…I last judged about a year ago in a competition that had over 2,000 international entries. I remember that I , along with the other three members of the panel, became so angry at the crap that was being thrown at us that we complained to the organizers…” Definitely a winemaker. Did you ever hear a consumer bring up “Palate Fatigue?” No-one but those of us in the business ever bring up that one… and last judged.

“My son who was raised in the Napa Valley…” Okay, he’s been in Napa Valley for a long time and has a grown son living in Orange County.

“While I don’t know whether the Bordeaux Merignac data is similarly contaminated, if you compare what actually happened on the ground in Bordeaux in 1982 (hot Summer and Harvest) with what happened in 2002, the graph doesn’t represent the degree of difference that existed on the ground. The contamination of data caused by development is extensive in the U.S. (Check out http://www.surfacestations.org/odd_sites.htm) I would not be surprised if it existed elsewhere.” Has his own weather station, from more in this entry. I just had to study a weather report delivered to a client from Dr. Paul Skinner… Morton’s got that PhD thing going on, I believe.