Dark & Delicious 2009 ~ Another Sell Out Success 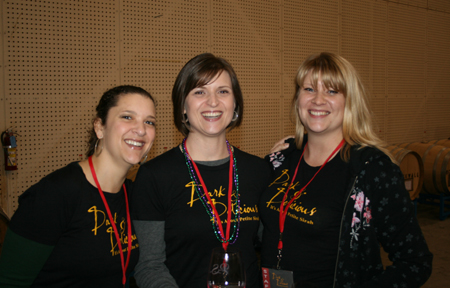 [Above – L to R: from PSILY, Lyla Diaz, Katie Kelley, and Melanie Hoffman]

PS I Love You’s Third Annual Dark & Delicious event was another sell out success. At Kent Rosenblum’s new Rock Wall Wine Company, the space was huge, the crowd was passionate, and the food and wine were beyond amazing. 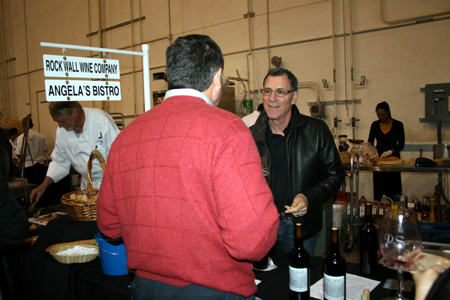 After events like these, I like to let the images that I’ve taken tell the story, keeping verbiage to a minimum. 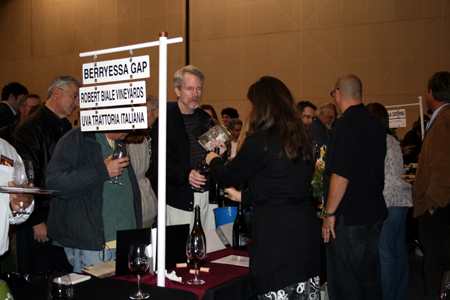 While setting up this event, an Alameda businessman, who was looking at the space the as a possible venue, asked me, “How does one learn about this event?” because he knew he wanted to be on “the list.” 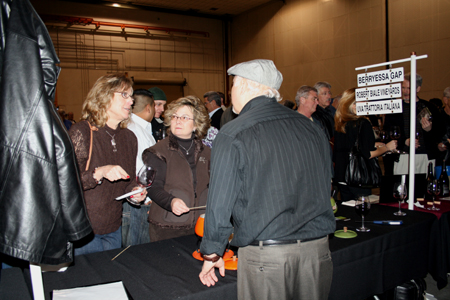 I told him that first someone has to be on our list or one of the PS member’s Email lists. Then, PSILY internally markets this event through these sources. It’s an underground, grassroots cult-type effort; and yet, this best-kept secret still is a sell out from one year to the next. 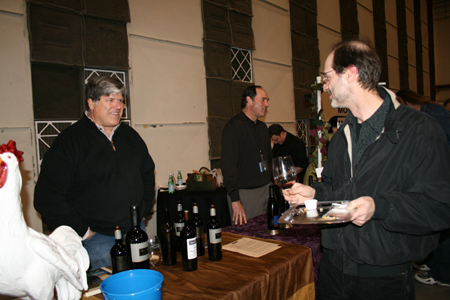 [Above: George Moskowite of Moss Creek]

With only 6,000 planted acres of PS in California, this isn’t a mainstream variety. It does, however, attract a very focused, passionate group. We won’t grow to the proportions of a ZAP-type organization, because there’s not enough PS planted to warrant that kind of supply and demand, unless someone goes crazy with a huge planting. 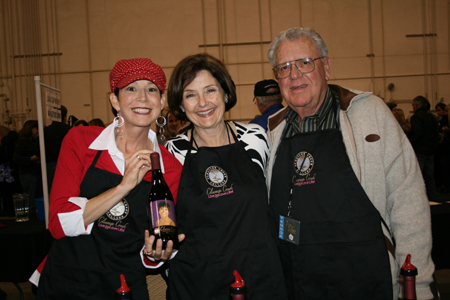 It’s not going to happen soon, though, because any company with that much capital isn’t going to risk it on an obscure cultivar.  They’ll plant what’s tried and true, so we continue to take one more tortoise step toward our day in the sun; meanwhile, we’re enjoying the manageable shade and all the great people who have found us through one means or another. 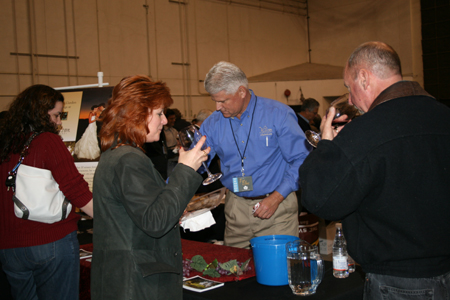 [Above: Ken Wilson of Wilson Vineyards]

PS has no wine industry advisers who will tell anyone to plant PS. They don’t get my press releases. In the wine writer department, however, there are some really passionate writers who have loved PS since forever. Robert Parker mentioned in one of The Wine Advocates a few years ago that it was PS that turned him onto red wine. Dan Berger’s always been a PS fan. It was Dan who told me there should be an advocacy group that should be called PS I Love You… Of course he’d get it. Dan’s an innovator who has always been telling the masses what’s going on behind the scenes with many things, and history then proves him right. 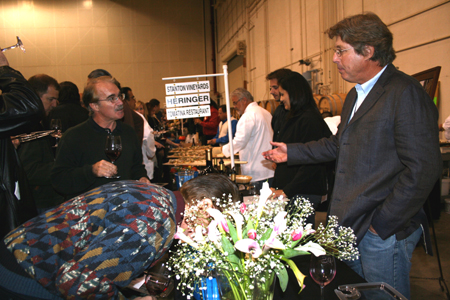 Steve Heimoff of Wine Enthusiast is a huge fan. One only had to read his wine notes when he’s reporting on PSs that he’s tasted, to know that he’s on board. There are many, many wine writer fans that we adore for their reporting on the latest trends in flavor profiles. 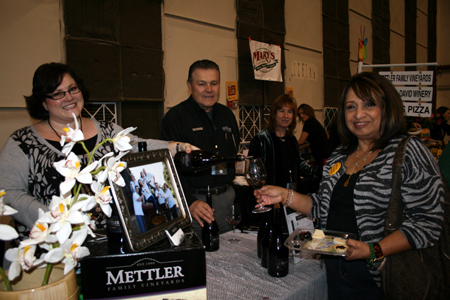 [Above: Kim Mettler-Eells and Larry Mettler of Mettler Family Vineyards]

Industry advisers, who consult people on trends, don’t yet understand what’s quietly happening. They see the small incremental growth from year to year as a normal, natural progression and nothing more. Meanwhile, I’ve watched producers who have put PS on a label grow from 60 (growers and producers combined) to almost 700 of them in just six short years… 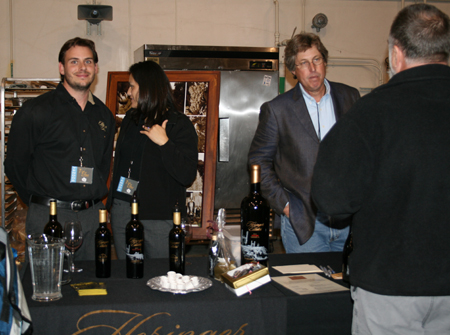 [Above: Mike Heringer of Heringer Vineyards on the left, and Doug Stanton on the right.]

Something’s going on; and because advisers don’t have these stats, they’re in the dark and can’t therefore advise. We know, however, that PS is still quietly the tortoise with a growing fan base from all areas of interest. 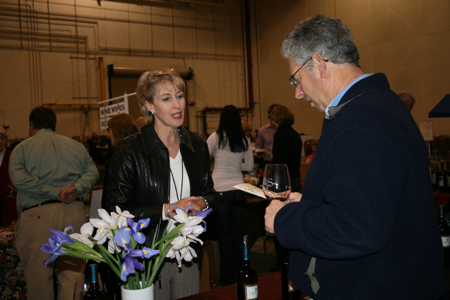 [Above: Lava Cap Winery joining our merry band for the first time.]

Within the group of those who love PS, there’s a movement to keep it all under wraps for as long as we can, because we’re enjoying the intimacy that a best kept secret always has… A behind closed doors, exclusive-type membership among us, and a very happy group of people. Those who attend this event love the civility within the group. 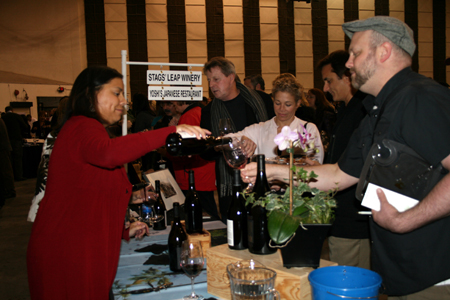 Within the first hour, Stags’ Leap Winery was aghast that they had already poured through 16 bottles of wine, and they still had another two hours to go. Every year this happens at D&D. It can’t be blamed on not enough wineries present. Here’s the run down: 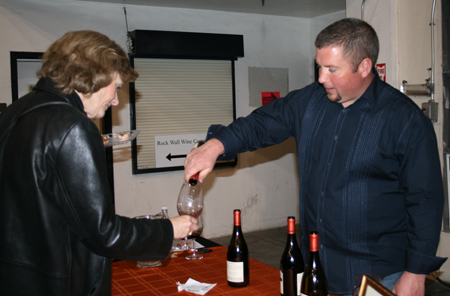 [Above: Susan Foppiano-Valera of Foppiano Vineyards]

When you do the math on that, there was plenty of food and wine to go around for three hours. 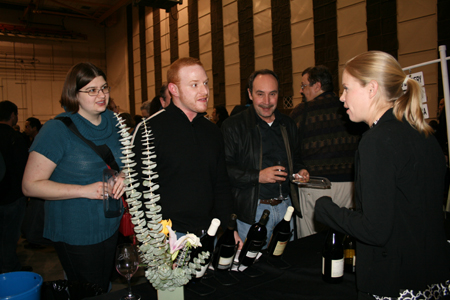 This year we finally launched our Pet Project ~ Groupies… The few, the proud, and the passionate. Before the launch of our Pet Project consumer advocates, we carefully considered the name of this new membership group. We settled on Robert Baile Winery proprietor/partner Dave Parmuk’s recommendation, “Groupies.” Our fans follow us much the way the Grateful Dead had their loyal fans, like Lowell Jacobson above. 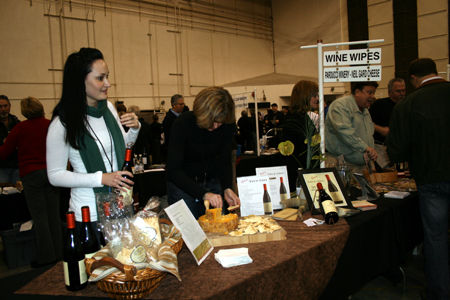 It was Lowell Jacobson who bought the first D&D ticket as soon as it went on sale. He flew in from the East Coast for this event, but did a count down the week before on his wine blog, prior to coming West. PSychos’ Path. This is the devotion of our core Groupies. 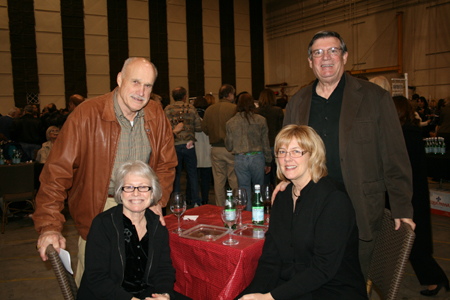 [Above: Proprietors of Clueless, a wine brand soon to be launched, as a result of attending the PS Masters event. They bought a barrel at auction, and when they said, “We don’t know what we’re doing, we’re clueless,” I said, “There’s the name of your brand,” and that stuck. You also need to know that along with the barrel is Jeff Cohn’s winemaking consultation, so it’s not so clueless.]

Between a silent auction, Ann Rea painting a vineyard oil on canvas with guests, and a cafe type atmosphere, there was enough to slow people down to an enjoyable pace, and yet we have the Stags’ Leap story to report back. Each year someone’s taken aback that this phenomenon consistently occurs at D&D.

[Above: Miro Tcholakov and Victor Trentadue of Miro Cellars and Trentadue Winery.]

When it’s all said and done, those who know what’s constantly going on behind the scenes thank the Diaz Family for all that we do to make this magic happen. Without Jose Diaz, the quiet strength behind the scenes, this just wouldn’t be possible. And, I enlist the help of my staff with Hasan Aziz on all things Web related, my daughter Melanie Hoffman as my constant every-day support/partner with details, my daughter Katie Kelley as our food liaison, and my daughter Lyla Diaz as our graphics person for all design materials. [BTW: The very first image above on this blog entry is of my three daughters: L to R: Lyla, Katie, and Melanie.] 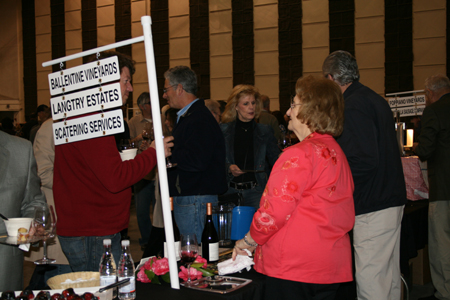 Jeff Stai of Twisted Oak (below) sent an immediate “after-the-event” comments to me, telling me what a great job I did, to which I responded, “A conductor is nothing without an orchestra.” 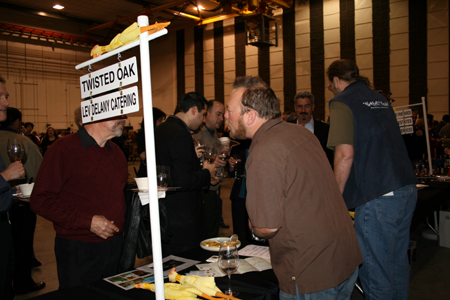 Tomorrow… more wineries and the food companies (missing from this one), while you enjoy the image of Twisted Oak above… saying it all… We’re all a bit Twisted after one of these events.