Some Truths Behind the Wine Industry and Social Media 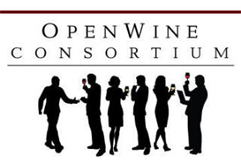 As I carry on each day with it, I choose where to go and with what to get involved. This past week, a press release was launched by Janet Fouts entitled, “Will social media transform your business in 2009?” 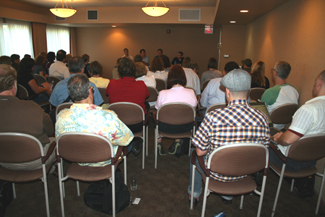 Boy, have I got opinions on that. At the Wine Bloggers Conference I was astounded to hear some people discuss a concept that was cooking:  How to garner the advertising dollars away from print media like Wine Spectator and Wine Enthusiast. They’ve figured out that a full page ad costs about $25,000. The plan is to gather about eight unknown people (who have earned no stripes, yet) and have a tasting panel. Instead of paying WS or WE the $25K, wineries would give that money to the panel, and they’d taste the wine. Then, each person would score the wine and place the scores on eight separate Web blogs. The missing link with all of this is that wineries, wholesalers, on and off premise accounts – at least the ones I know – only ask, “What did Wine Spectator and/or Parker give the wine?” More and more people are now accepting Wine Enthusiast as one of those voices of authority that are having consumer impact/appeal.

So… there’s the disconnect… Not fully understanding the system that exists. The Great Wall of China was not built in a day, nor is it easy to tear it down overnight.

The naivete exists, and it’s struggling to find its place in the existing system by wanting to tear it down, rather than work within by getting that all-important foot in the door.

As I wrote my thoughts, prompted by colleague Tom Merle, who wrote, “We look to you, Jo, to ground the exuberance of the social media consultants in reality, since you are plugged into what a wide array of wineries actually do to advance their cause(s). Can you point us to producers (other than el Jefe) who are utilizing these techno tools whose benefits are reflected in the bottom line?”

My response is worth sharing, because I got a private Email from one of the members of Open Wine Consortium which stated, “I think it airs a lot that needs to get out so we can talk about it.”

Here’s the real skinny, from someone on the inside of the cocoon.

Social networking, I think, is changing faster than we can even think it through. It’s necessary – nay, vital – to make the changes that go along with it. It’s also vital to choose the right vehicle, but there are so many options. It’s impossible to be all things to all social networking people, all at the same time; but evolve we must, or fall into market decline.

Wish I could make it more cheery, or more “how to,” but we’re still all (mostly) trying to make desperate sense of it. It’s either moving too fast … a blur, if you will… or I need a better pair of prescription glasses!

Tom, El Jefe is the best at social media, honestly. Donati Family Vineyard is a great example of beginning its own social media Website. WineSpace

The person who set it up (the true, innovative enthusiast Cheryl Wolhar) should have been kept around to administer it. If I could have given any advice on that one, I would have told them… “Keep Cheryl around, because she came in with all the intuitive innovation, and would execute in ways that only someone from Silicon Valley would know how.”

Wineries are creating their own blogs, and that’s a big effort to keep the virtual newsletter ongoing. In reality, one has to be a lifer fan to live within any specific Website for all their news. The reality is that the Millennials – who are totally adept at social networking – don’t have developed loyalties, yet. They’re enjoying experimentation, loving the critter labels, and god knows that most of those are created from brands that don’t have live people behind them, just mythology. That’s totally fun, so who’s going to run to a Website to get socially involved, when there’s no real, social person behind the keyboard… Maybe Second Lifers… That makes total sense to me. That’s a population that’s on the innovative edge, but not reality based real life… I’d much rather raise my glass with real wine in it, thank you…

Honestly, I don’t know of any other examples of wine companies being on that extreme cutting edge. That doesn’t mean they don’t exist, it only means that I haven’t run across them in my travels and dealings.

Janet, I agree with all of your comments about how small businesses can benefit from social networks. As I mentioned earlier… It’s vital to their successful evolution.

There are stages to marketing a product, and it’s a long way from creation to maturity to decline. Right now we’re all in the creation stage of social media, and there are no crystal balls with any of this; however, those with a technical background are the ones who are better prepared, like you, Janet, to guide the way.

Your comment on not necessarily needing to be on the bleeding edge is actually comforting, at a time that it feels like one must, or drop into market decline a lot more rapidly than anyone could anticipate.

See, there you go… “Vlog,” what the heck is that one? (Later explained to me: Video blog)

Yes, I could go Google it, and I will; but, this reminds me of how limited I am in what I know, so I can prepare that perfect game plan… seriously.

We all have a lot to share, and a lot to learn.

Then, I slept on it, and returned the following morning with these thoughts:

Once I posted last night, my husband (Webmaster programmer and wine marketer) and I had a long discussion about the distance between wineries and technology companies. It’s huge… So huge that on one end I’ve got grape growers who own their own businesses, and are still trying to figure out how to reply to an E-Mail (I’m not exaggerating) to the telecommunications industry, who – because they’re so intelligent it makes perfect sense that the wine industry is so appealing (because of its complexity) that they’d like to hitch their wagons to this star.

You can see the disparity, and you can perhaps begin to see how far the technical community will have to come to teach this wine industry more than they want to learn, “want” being the operative word.

The wine industry was born on the backs of farmers, many of whom would rather be pruning vines than wading through spam that arrives unannounced. I believe that this is what Tom was referring to when he said, “We look to you, Jo, to ground the exuberance of the social media consultants in reality.”

Tom, who also’s in this business, no doubt, has come across how one business (wine) is light years away from the other business (technology). As Rome wasn’t built in a day, neither will this coming together be as swift as the “exuberance” for it by the technology industry wants it to. At least not from where I’m sitting.

Before I was in the wine business, I was in radio. I used to be the engineer for my own radio public relations program, where I interviewed community leaders about current affairs. I had to set up the entire program in a recording studio using all the equipment of reel-to-reel before digital recording. I’d tape the programs and hand them off for airing to yet more engineers. I understand more technology than most of my clients do. I force them to pay attention to my Emails, because I have to broadcast to many people simultaneously at any given point in the day. (I manage individual clients, an advocacy group, an AVA group, and execute on events.)

All of the people with whom I interface are the owners or the principal managers of these wine companies. Yes, they have staffs under them to execute on most tasks, but they are the ones who set the missions, visions, and budgets for their companies. If they don’t understand the need for social networking, it’s highly unlikely that they’re going to assign the task to anyone. They’re going to spend their money on things they first see as necessary, like operating costs, payroll, capital equipment, taxes, insurance, etc.

They first have to be convinced that social networking is important to them. I have to convince them they need PR as part of a marketing plan; and that’s very, very basic, isn’t it?

Once they understand what social media is all about and adopting it, then they’ll hire someone and allow the task to trickle down to the necessity list.

Just as a parent makes decisions for a family, so does the proprietor make the decisions for the company. As in all sales, target the message to decision makers, because otherwise you’re just spinning your wheels.

There’s one big solution to solving how it all moves forward more expediently… An innovator only needs to convince an early adopter (a very small segment of the population), who will have eventual influence. Everyone at that point needs to keep up with the Joneses, but you’ve got to convince John Jones, first and foremost… It’s a sales job all the way, and it’s one that demands great patience, because early adopters only represent about 3-5 percent of the population. Finding them is the greatest challenge, getting to them is the next one, then convincing them is the ultimate.

And when you do, convince them that you’re looking for a full time job, not just wanting to set them up, or it would be like giving a two year old an Email address, and expecting him/her to be able to immediately send a broadcast Email to all his/her pals in day care. Do it, but write into it you’re own job description. And, be ready, because if you’re coming into this business looking to be really well paid, let’s review… These are farmers, first and foremost. Only the major corporations have the big bucks; and, they’re all tightening their belts right now.

I’m sorry if this seems bleak. Most reality checks aren’t what anyone’s wanting to hear. But, it is what it is, and if you know and understand the challenges, you’ve just been given a great gift.

Was that what you were looking for, Tom? ;^)