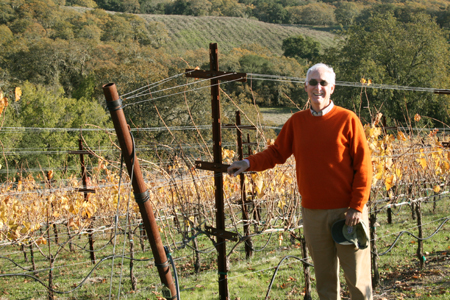 The day that I walked the ranch with Dick Keenan (above), I left him and returned to my computer. I then off-loaded the images from my camera to a folder on my desktop. I had so many images, and they come off this camera at 24 megabytes each, that sometimes I get a slow down. In that process, I thought I had lost the images from several tries. As it turned out, the images did make it off my computer, and I hadn’t lost them.

So, these are found images that augment the ones that Jose (my partner) had taken. We both see the world separately, so I thought I’d share these too, making the Kick Ranch story complete.

Enjoy the visuals of a really beautiful vineyard, and a continuation of that day’s story. 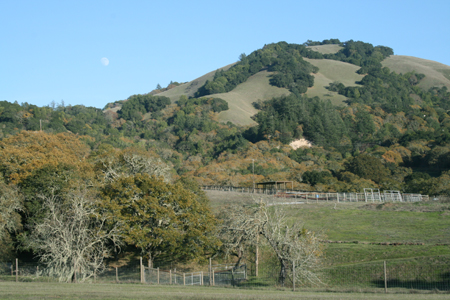 I told him that the full moon regulates water, as evidenced by the tides and how they rise during both the full and new moon cycles. I also said something to the effect that our bodies are mostly water, and that jails and hospitals become over burdened with both of these lunar cycles. (I learned this while growing up. When my father was alive, he owned an ambulance and livery service. When the moon was full, that time filled the jails and hospital psyche units, with his cars going out with my more frequency.) 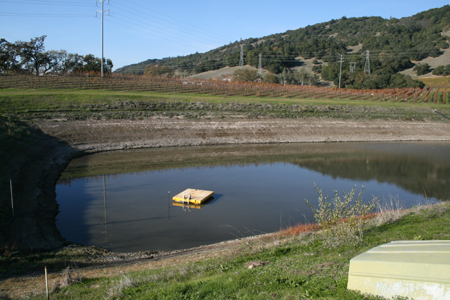 As we neared his reservoir, Dick explained that at its peak this past spring, this reservoir was full. At this point in time, only the exotic ducks swimming just out of range of this image (to the far right) still had something to celebrate. Dick was nervously waiting for rain. 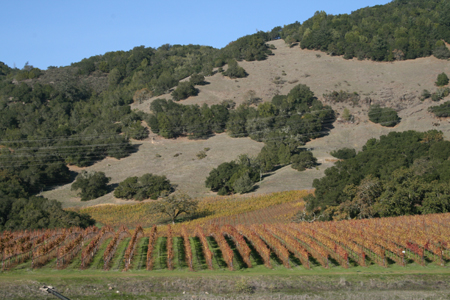 We then were guided up the hill toward a block of Sauvignon Blanc that was doing really well, tucked against the side of the mountain. 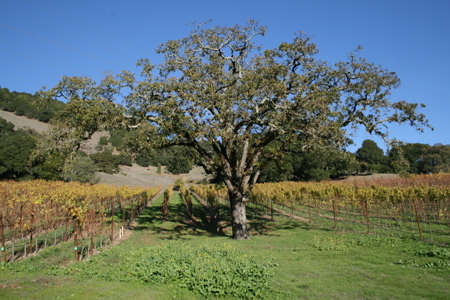 Dick Keenan and his highly respected vineyard manager Glenn Alexander, who runs Bacchus Vineyard Management, respected the land they planted, as evidenced by this old oak tree. It still stands amid the vines as it had before the vineyard’s arrival, and will most probably outlive us all. 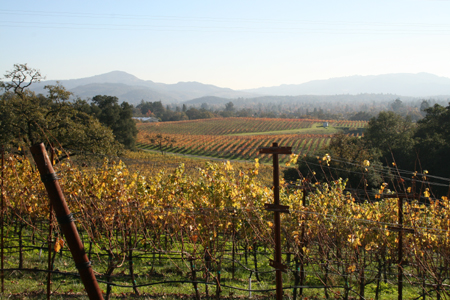 Looking back as we climbed showed the natural beauty of this land in Rincon Valley. To the west, haze covered the landscape. The east, the skies shone brightly blue. 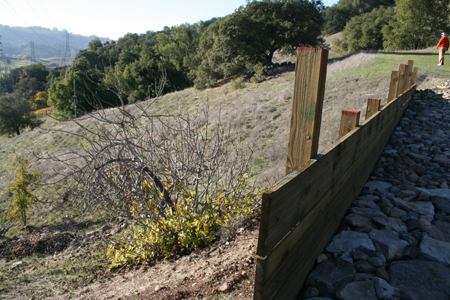 Once we had climbed about two thirds up this hillside ranch, Dick took special care to point out the scraggly, old fig tree in the above image – just in front of the retaining wall. The land was once an old farmstead, and the fig tree was [no doubt] a remnant of that era. Scientific mind that Dick has, he took the Latin name for that fig tree (carica) and named his own wine accordingly ~ Carica Wines, honoring that still holding on fig tree. [Carica is a genus of flowering plants in the family Caricaceae; the fig tree’s botanical name: Ficus carica)]

From afar, we looked back to the reservoir, seeing how drastically it needed to be filled, realizing each ridge line of its evaporation. 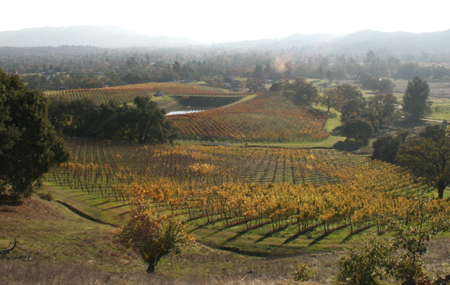 The further we went, the more we could see it’s need to be refilled ASAP. 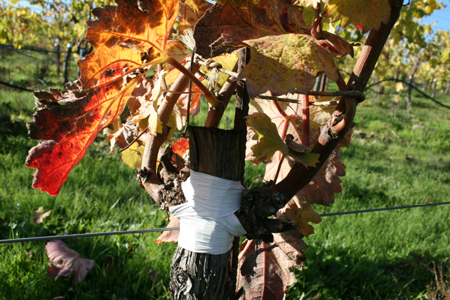 This image is a great example of grafting, if you’ve not seen it in a close up before. 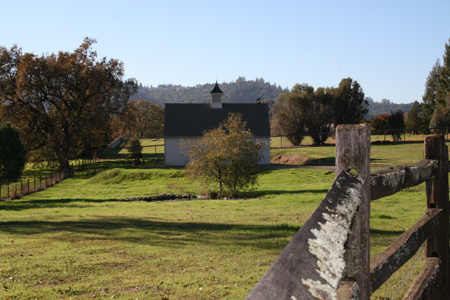 Once we reached its pinnacle, it was time to descend. At the foot of the vineyard, because we were now headed toward this view, I spied the beauty still before me.