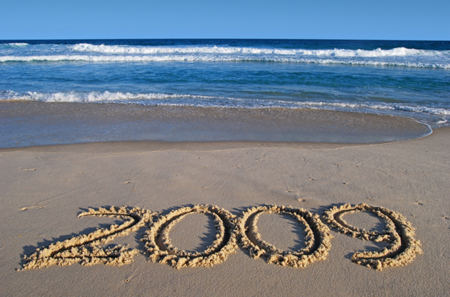 Assuming that 2009 is going to be a “Year on the Beach” versus a “Day on the Beach” this image works. Also, like the tides, years wash in and then wash out again.

Last year I resolved to write some children’s stories in 2008. I wrote six of them.

In 1972, I resolved to quit smoking cigarettes. I did it cold turkey, leaving 13 years and two packs a day as a smoker behind. I estimated that I was smoking for 10 minutes, waiting for 10 minutes, then lighting up again… All day long. That was a time when we actually smoked on the job, regardless of what we were doing. I was teaching young adults, and so – I guess – it was considered “chic” at the time? Now I know is was pure addiction and insanity.

For 2009, I’m resolved to learn about Portugal’s history and it’s place within the wine world. The reason for this is two-fold. 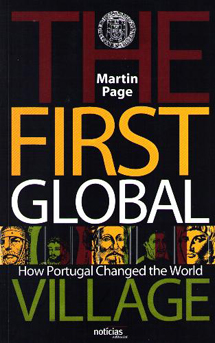 And so I will also take the book (his birthday/Christmas gift to me) very seriously. It will allow me to have a much broader, global perspective and culture, that has so far eluded me.

I’ll also brush up on my foreign language background. Two years of high school French, led into one year of high school Spanish, which led into Spanish I and Spanish II in college courses. This led me to being una vendadora en Puerto Rico for a couple of years through Belvedere Winery under Ed Schrufer’s time there. I was so lucky working with V. Suarez & C0., Inc. during that time on that gorgeous Isla de Encanta.

I’m resolving that 2009 is my year for understanding Portugal .

I’d really like to know what you’ve resolved to do; and either made it your reality, or want to make a fresh start this year.

It is a global village, as I look at who’s reading this blog from behind the scenes analytics. Before Americans even wake up, there have been at least 500 people around the world who’ve read this blog, mostly in China. You’re part of global village if you’re reading this before 6:00 a.m. EST, 2009.