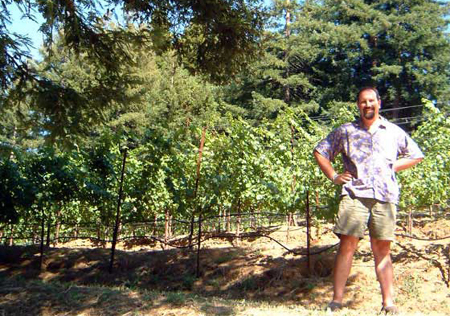 [The two images of Marco in this blog posting were taken from Marco’s Website.]

I was first introduced to Marco when we were both working as consultants for the same winery.

What I learned then, continues on today… and that’s that Marco is one of the most enjoyable people in the wine business. As a wine publicist, one of my assignments is to write biographies. This means that I have to spend time getting to know winemakers.

It’s been my experience working with many, many winemakers that they’re a very appreciative group. They craft the wine, while the PR people craft the message.. And then the winemakers are humbled with the final results. I’ve come to learn that it’s because they’re scientists, who are more involved with linear information, that they don’t get involved in the flowery aspects of who they are.

Marco DiGiulio was born and raised in San Francisco, California, shortly after his parents had emigrated from Tuscany and became successful Bay Area restaurateurs. Along with wonderful Italian meals, wine was an everyday part of their North Beach household life.  As a result, Marco inherited his family’s appreciation for great wine and food.

DiGiulio developed an in-depth knowledge of winemaking and viticulture through education and experience in the industry. He graduated with a degree in Fermentation Science from the University of California at Davis in 1985.

After two years at Buena Vista Winery, Marco worked as cellar master at Pine Ridge Winery for more than four years. His next stint was as the production manager for Atlas Peak Vineyards, followed by his 1994 appointment as winemaker for Pezzi King Vineyards. Just before the 1995 harvest, he became the winemaker at Pepi Winery in Oakville. While making Pepi Wines, he also took charge of the Lokoya brand, after the death of celebrated winemaker and mentor Greg Upton. It was at Lokoya that Marco’s reputation for making world class Cabernet Sauvignon was first established. 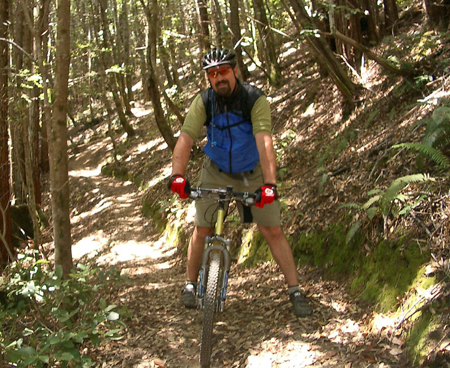 Today, as a wine industry veteran, Marco’s reputation is well established as a consulting winemaker to numerous ultra-premium brands in the North Coast region. His list of clients, both past and present, includes both well established and new wineries such as Girard (a member of PS I Love You), Shannon Ridge, Lookout Ridge, S. Anderson, Spence Vineyards, Liquid Sky, Windsor Vineyards, and Hidden Ridge. The list seems to go on-and-on if you Google Marco. He’s crafted a lot of wine, and he tends toward mountain fruit, because it’s so expressive and rugged, like the man himself.

This wealth of experience and love of winemaking enables him to craft the finest wines for his clients from prestigious vineyards that provides his inspiration.

While working with Pat Roney at Girard, Marco had the opportunity to become a managing partner in Bin to Bottle, the Napa Valley custom crush facility, further expanding his wealth of knowledge and prestige. He’s a winemaker on the move and one to watch.