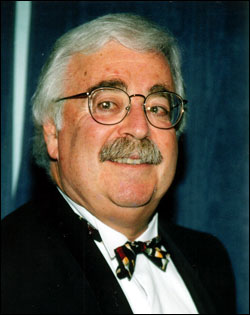 According to Charlie Olken, “For the last thirty years, most of my time has been devoted to the monthly newsletter Guide to California Wine. CGCW was started back in 1974 by Earl Singer and myself. We set out to provide a publication with the kind of depth and focus on California wine that then existed for French and German wines, for example. We did it in the belief that there were lots of people in the world like ourselves, avid followers of California , frustrated by the lack of attention and respect given to California wine by the wine press at the time.”

Today, Charlie is the Editor/Publisher of Connoisseurs’ Guide, which remains the independent review of current releases.

In 1984 Olken co-wrote the Connoisseurs’ Handbook of California Wine with Norm Roby. (Norm is most well known, and highly respected as the US contributor to Decanter Magazine.)

Olken’s words have also been in major newspapers such as the Los Angeles Times and the Oakland Tribune. He currently also shows up in the Alameda newspapers with his sharp wit, historical perspectives, and his thorough understanding of California Wines. Other writings have also appeared in the Underground Wine Journal, and he also periodically appears in the French magazine, Sommelier.

In December of 2003, the Connoisseurs Guide’s also became an Online Subscription Newsletter, at www.cgcw.com.