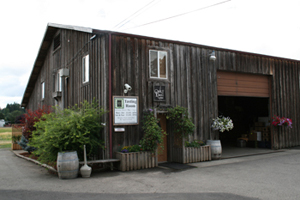 A recent visit to Oak Knoll Winery was a real eye-opener; not only about the winery itself, but also about Oregon’s wine industry, in general. (Now I know why Robert Brittan, formerly of Stags’ Leap Winery, is currently dividing his time between Napa and Oregon.) 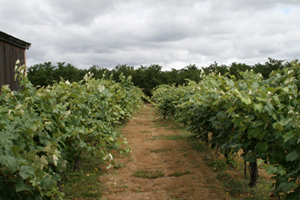 Having personally worked in day-to-day settings in Sonoma County, Napa Valley, and Calaveras County in California, I’m used to being in one area, and being surrounded by other wine companies. If one is off on a day trip in California, you don’t have to go very far to visit one winery after the other. 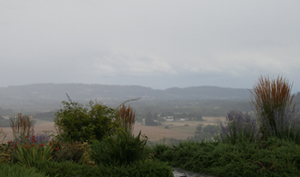 I had no perception of Oregon being any different, so the reality amazed me. Between one winery and another in Willamette Valley is a pastoral drive through the countryside that’s reminiscent of the Christmas song, adjusted to… “Over the river and through the woods to a different winery we go…” 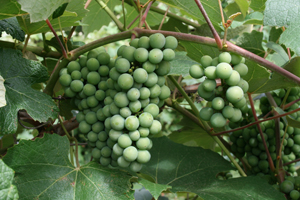 Oak Knoll Winery began in 1970, when Ronald and Marjorie Vuylsteke became pioneers of Oregon winemaking by founding the first winery in Washington County. At that time, there were only a few vineyards and just a handful of wineries in all of Oregon. Amazingly, not much seems to have changed today, as compared to the growth that we experience every day in California, where new wineries springing up like popcorn is the norm. 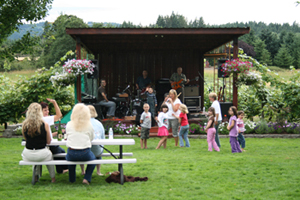 Ron Vuylsteke’s grandfather, Leonard, a native of Belgium, was a winemaker in the St. Emilion region of Bordeaux in the early 1900’s. He immigrated to the United States with his family on one of the last ships able to make safe passage out of Europe, just before World War I. Arriving at Ellis Island, the family traveled across the country by train to join relatives, who had settled in the farmland of the northern Willamette Valley. 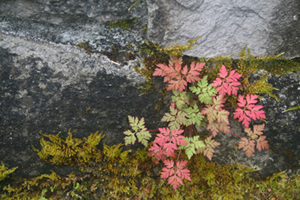 Both Ron and Marj Vuylsteke are native Oregonians. Ron was an electronics engineer at Tektronix in the early 1960s, when a bumper crop of blackberries at the family home led to a gallon of blackberry wine. The result was tasty and the Vuylsteke’s family winemaking heritage was reborn. Ron and Marj decided to take the dramatic step of pursuing commercial winemaking, and founded Oak Knoll Winery.

With the help of Marj and their six children, Ron made approximately 4,000 gallons of wine in the fall of 1970, from grapes and other fruit shared by area farmers. A wide range of fruit wines was produced during Oak Knoll’s first vintages. When the summer’s berry harvests were concluding, the fall’s grape harvests were just beginning. The wines caught on in the Oregon market. By 1978, one of every three bottles of Oregon wine sold was from Oak Knoll. 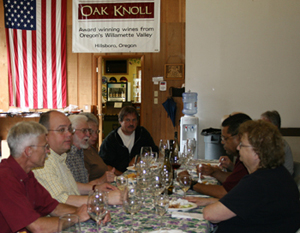 Today, the winery is still family managed. Stepson Greg Lint is president, John Vuylsteke is vice president of sales, their nephew Jeff Herinckx is winemaker, and Tom Vuylsteke is cellar master. There’s a sense of functional management among them that tells you, they’ll beat the odds set before them… And that’s to reestablish the winery as a historical treasure that’s moved into modern winemaking, while still maintaining a sense of their past. 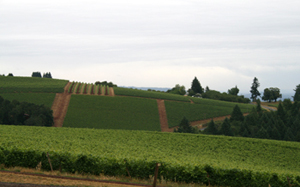 Oregon seems far away from the oligopoly trend that’s taking over the California wine industry. Oregon is serene, tranquil, and sane by comparison. I flew back from Oregon thinking, “If I ever had to move again, it would be to Oregon.” 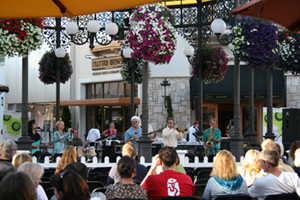 Don’t panic, Oregonians, I don’t ever see it happening… But… remember… You did borrowed the name of Portland from my own state O’Maine. And, your pastures do bring me back to my years of running through fields picking daisies. And, your humidity does make my skin feel great; so many resemblances that it’s a natural West Coast alternative for anyone coming from East Coast Portland. 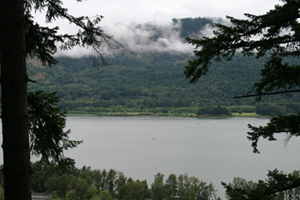 It’s the pace, really, that would make anyone from California (needing a quieter time) want to move there. Oregon is Americana that time forgot, except for the city, which is progressive, yet very humanitarian. It’s really refreshing to have people look both ways before they cross the street, regardless of whether-or-not they have the right of way. There’s a common sense that’s revitalizing.