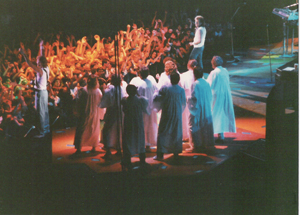 [The images that I’m using on this entry are my own. They’re used for punctuation only, taken in the 1980s. I prefer to use my own, dated as they are, rather than engage in copyright infringement.]

In the 1960, through the rock n’ roll culture, word quickly spread that chloro and florocarbons were beginning to change our ecosystems. And, it was happening more rapidly and extensively than in any other time in human history. I thought, “But what impact could I possibly have by making any modifications in my own behavior? I’m only one person.” That thought, however, was my tipping point, as I made some very personal decisions still in effect today. 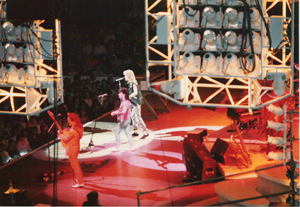 So… Now, when I look back, I see the mound of aerosol cans that could be in landfills, had I continued to use them. I see all the chemicals that would have gone into the air, had I continued using products containing chemicals, when natural products would have sufficed. I see how my body is better for the thoughtful way I’ve lived with food choices, avoiding as many chemicals as possible – buying as locally as I can, as organic as I can.. again reducing the chemicals that many growers and manufactures use, resulting in a negative impact when thrust into our ecosystem.
All these things changed my life, but haven’t negatively impacted me. In fact, my life has been enriched by these modifications. Who knew? 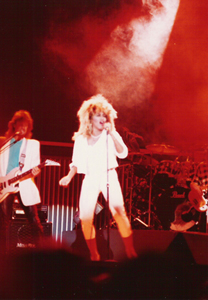 Rock n’ rollers are at it again. On 07-07-07, with the energy and endorsement of Al Gore, one day was spent dedicated to getting the word out. Kevin Wall and Al Gore presented “Save Our Selves (SOS)”… a 24-hour concert across all 7 continents. An audience of viewers from around the world united at Live Earth to experience the excitement of the day’s Live Earth concerts and to confront the threat of global warming. As of 3:00 p.m. EDT, MSN had received a total of more than 10 million video streams and had the most simultaneous viewers of any online concert ever. 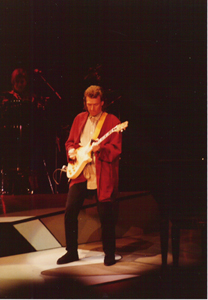 As outrageous as it was to watch, a “band” of scientists in Antarctica, in below zero weather, played a number in order to “represent” the seventh continent, making it world inclusive. (All I wanted them to do was get back inside. I remember sub zero weather… I’m a Maine-ah, and I knew their pain.)

On this blog, I recently wrote about Dalst Wine Cellars, the New York based company that creates personal and professional wine cellars using natural products to recreate the catacombs of the earliest cellars used by monks. These wine storage units keep wine at a perfect temperature, but by radiating the cool from the materials used back to the bottles… This reduces the need for extreme air conditioning, much the way wine caves that go into a hill side keep wine stored there at a perfect 55 degree temperature. Build a wine storage unit with redwood, and you’re not going to have the same simplicity for cooling your bottles. Wood also eventually rots in a moist environment… 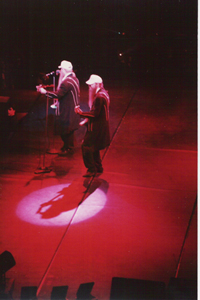 I’ve also celebrated Paul Dolan of the Mendocino Wine Group on Earth Day in 2006… You may better know Paul for his greening of Fetzer, while there, and now most notably with Parducci Wine Company. On Friday, May 5, 2007, I got a note from Paul stating that Parducci recently became the nation’s first carbon neutral winery.

According to his press release of April 27, 2007, “Through a comprehensive program of onsite mitigation and carbon credits, Parducci Family Farmed is the first winery in the United States to achieve carbon neutral status. Parducci partnered with the California Climate Action Registry to calculate emissions of its greenhouse gases. The winery and vineyards then took measures to mitigate and offset those emissions.”

Benziger Winery has been in the news as of late for their contributions. It’s finally become interesting news, and it’s not a moment too soon. It’s taken noticeable changes in our climate for the nay sayers to become slightly interested. 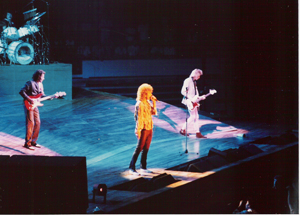 Pioneers always appear to be the fringe elements in our society, but drum majors have always led the way for others to follow. Isn’t it interesting that it’s done by pied pipers and not government officials? I have to laugh when Larry King et al keep asking Al Gore if he’s going to run for president. His focus would be substantially diluted if he were to again enter the political arena. It would take this movement 10 billion light years in a backward motion.

I believe the paradigm shift has been made. And please, any “green news” that your winery has, send it to me. I’ll begin to list those who are making green efforts. That category is worth noting. You can visit this California governmental agency website, in order to get the “short list” of how you can begin to become “green,” if you’ve yet to take the steps, or want to evaluate if you’re doing enough. Green Biz